Home » Europe » Royal rules: Which countries have a royal family? Did America ever have royals?

Royal rules: Which countries have a royal family? Did America ever have royals?

The British monarchy is one of the eldest in the world, having materialised in one of the few successful invasions of the country back in 1066. Dozen of royals have sat atop the throne since then, culminating with Queen Elizabeth II today. The line which produced the queen and her predecessors also produced several others, which went on to form their own families.

Which countries have a royal family?

Although the British Royal Family ranks among the most famous, several others have held on to their thrones into the modern-day.

Many have Queen Victoria to thank, as her descendants still carry nearly all of the European kingdoms.

They aren’t the only royals on the continent, as other monarchies run without a king or queen. 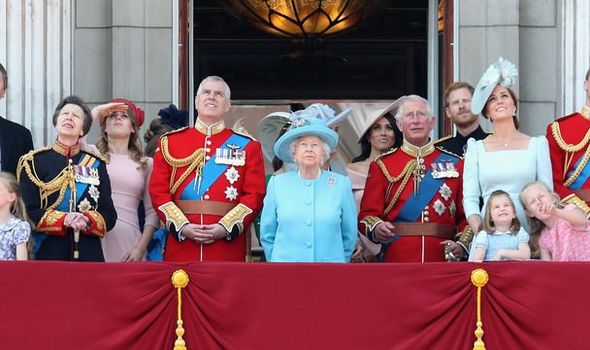 These are the remaining kingdoms of Europe:

Some countries have a principality or duchy, ruled by a Crown Prince or Duke, and these include:

The Principality of Andorra operates on a co-prince basis with the President of France and Bishop of Urgell.

The Vatican City State is also technically a monarchy which runs on elected heads, and their incumbent is Pope Francis.

Did the US ever have a royal family?

The United States would never have existed without a monarchy, as the American revolution emerged as a direct retaliation to the tyrannical rule of the British Crown in the 18th century.

Revolutionaries brained freedom for the 13 colonies and established their own union, the product of which was the United States Constitution.

The constitution forbids the formation of a monarchy and keeps the US as a republic, but family dynasties have emerged nevertheless.

The unique nature of the country has allowed families to emerge with a distinct political imprint.

These famously include the Kennedys, Clintons and Bushes.

Each family has produced one president and several statesmen and women.

The Bush family notably occupied the Oval Office twice with George Bush Senior and Junior, while Hillary Clinton followed her husband and attempted to take the presidency in 2016.