The King, who led the nation between 1509 and 1547, made major changes during his reign, including most notably when he split the Church of England from papal authority. His decision came after a major fallout between himself and Pope Clement VII on his wish to have his marriage to first wife Catherine of Aragon annulled. This, along with his well-documented marriage history, led some to question his actual belief in God.

But it appears Henry VIII was still a firm believer and worshipper of the church, as in his final dying moments he sought solace from God as he knew his time on Earth was up.

Historically, Henry VIII is often depicted as a man who was handsome and athletic in his youth, yet as he grew into his 38-year reign, his weight exploded.

Experts claim the reason behind his massive waistline increase was as a result of a jousting injury he sustained, which led to his health rapidly deteriorating.

Reports suggest that after he was crushed by his horse, leading to the injury, he became less active, but still consumed an incredible 5,000 calories-a-day. 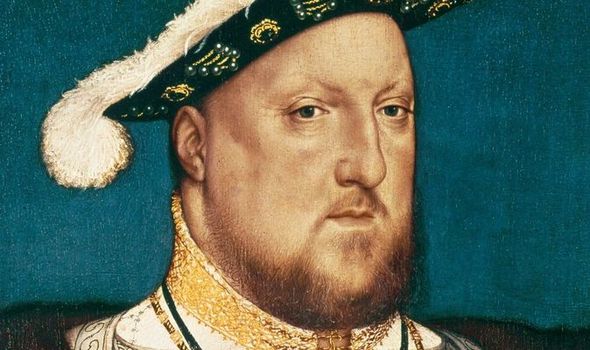 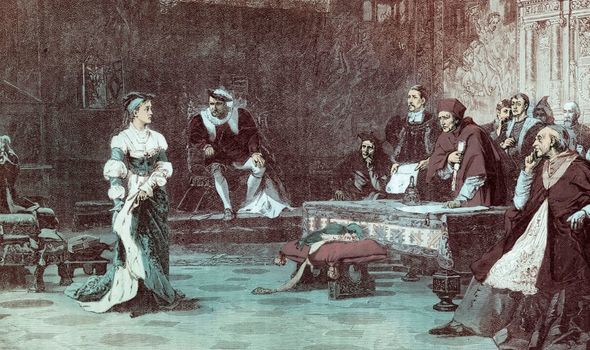 His diet, which mainly consisted of meat and red wine, led to poor circulation within his body, particularly around his legs.

In his latter years he would be carried around in a chair, and eventually medics began to fear the worst for their monarch.

And on January 27, 1547 – the day Henry VIII would perish – the mood inside his palace was one of fear, with even medics too concerned to raise their fears with the King.

A video by Grunge website, which details weird and unusual historical stories, reports: “It was clear the king was nearing death, and so Sir Anthony Denny had the unenviable task of suggesting that Henry might want to examine his royal conscience and make his peace with God. 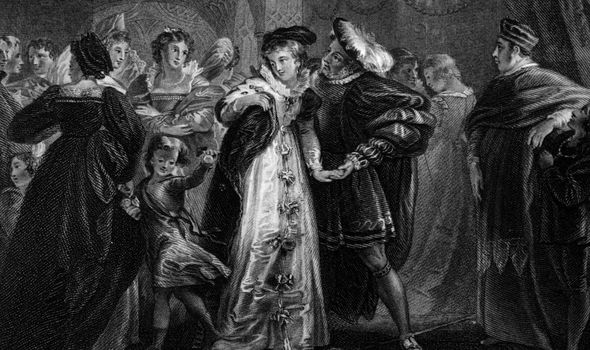 “Henry spent time with his confessor and received Holy Communion.

“Henry proclaimed that he believed that ‘Christ in all His mercy’ would pardon him for his many sins, but even he acknowledged there was a lot of sin in his past.”

The video added: “After all, wives and royal advisers weren’t the only people Henry had executed during his reign. 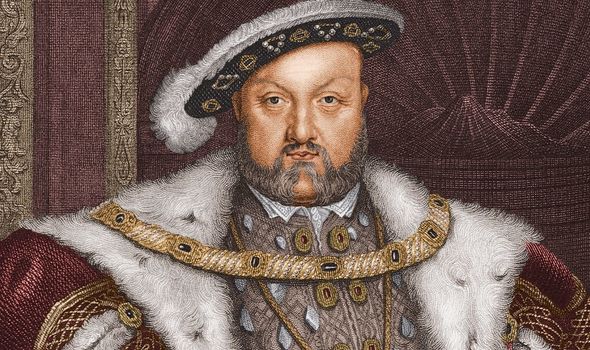 “Some historians suggest as many as 72,000 people died under Henry’s order during his nearly 40 years on the throne.”

This, experts say, shows that despite the high number of executions within his citizens, Henry VIII was still a believer in God.

Other major rule changes that occurred during his reign included the radical amendments he made within the English Constitution.

He managed to expand royal power, and frequently used charges of treason and heresy to quell dissent – and if this was unsuccessful he would execute his people without a formal trial.