Archie Harrison, the son of Meghan Markle and Prince Harry, celebrated six month since his birth on Wednesday. The tot was born on May 6, 2019 and is the Duke and Duchess of Sussex’ first child.

At just six months, little Archie is reportedly already getting ready to talk.

According to US Weekly, he is keeping up with all his baby milestones and is even surpassing some with flying colours.

A source told the magazine: “He’s a strong baby and you can tell he’s super smart.

“He can sit up without support and roll over, and he’s almost crawling. He can’t talk yet, but he’s trying!” 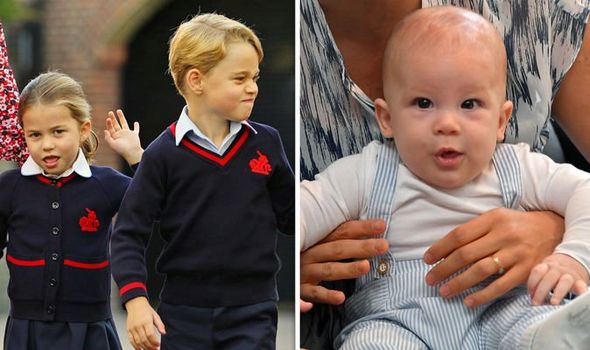 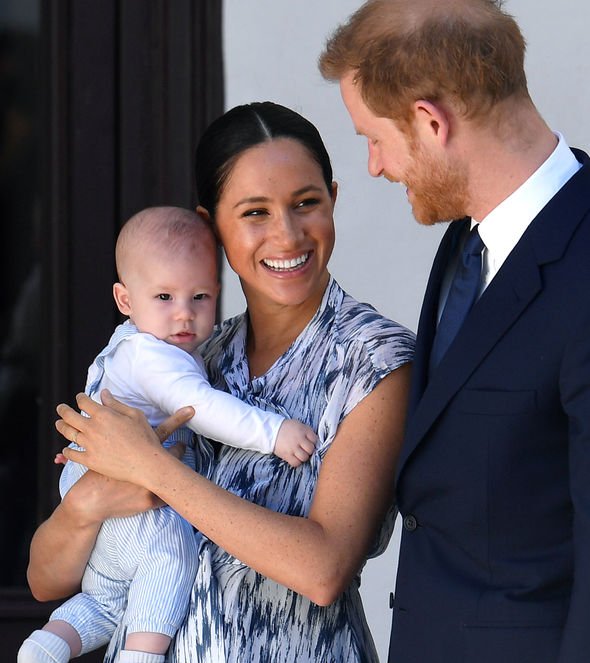 The insider added the young royal may be a big fan of his dad.

They said: “When Harry walks into the room, Archie gets so excited, he puts his arms out — his way of saying, ‘Pick me up!’.”

The source added “there’s a good chance” his first word will be “Dada”. 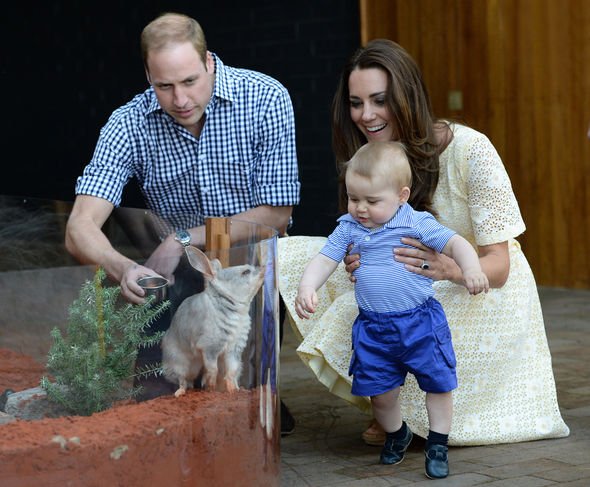 The eldest son of Prince William and Kate, Duchess of Cambridge and cousin of Archie, reportedly said his first word in Australia in 2014.

Aged about nine months, George’s first word might have been “bilby”.

In a speech to city dignitaries at Sydney Opera House, his father William said: “George is now busy forging his own link with Australia.

“Catherine and I were very grateful for the many kind messages and gifts from across the country that we received when George was born.

“I suspect George’s first word might be ‘bilby’ – only because ‘koala’ is harder to say.”

A bilby is type of marsupial that’s native to Australia and looks like a cross between a large mouse and a rabbit.

When Prince George was born, the Australian government made a donation to Taronga Zoo, to support their bilby conservation programme and a bilby was ‘adopted’ on behalf of Prince George by William and Kate. 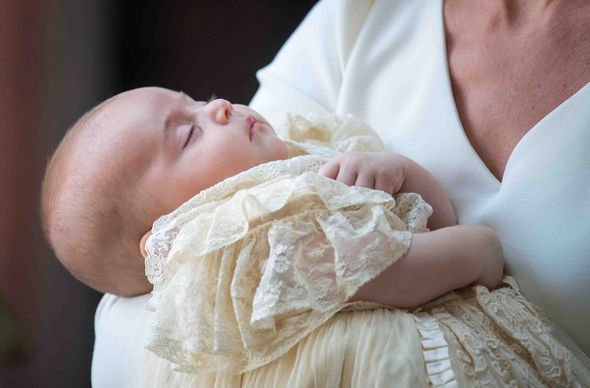 Princess Charlotte spoke her first word on camera at a children’s party in Canada in 2016.

Charlotte, who started walking in May 2016, just before her first birthday, was sturdy on her feet but almost caused an archway of balloons to topple over.

Prince Louis, the Duke and Duchess of Cambridge’s youngest son was born on April 23, 2018.

What the young tot’s first word might have been has not been revealed by the Cambridges.

However, if his siblings are anything to go by Louis probably knows a flurry of words already.