The prime minister of Antigua and Barbuda, Gaston Browne, said he will call for a referendum on the country becoming a republic within three years, following the monarch’s death.
After signing a document confirming and recognising King Charles III’s status, Mr Browne said he would push for a vote. The move was first indicated during Prince Edward and Sophie, Countess of Wessex’s tour earlier this year.

Mr Browne said the move would be “the final step” to ensure the country is “truly a sovereign nation”.

The Wessexes faced backlash after they toured the Caribbean to celebrate the Queen’s Platinum Jubilee.

The tour was met with protests and demands for reparations.

During the tour, Mr Browne expressed his plans for the country to “one day become a republic”.

Similar calls were also made a month earlier when Prince William and Kate, Duchess of Cornwall and Cambridge faces calls for the Royal Family to acknowledge slavery and the Windrush scandal.

In Jamaica, the prime minister told them they would be “moving on” to become a republic” 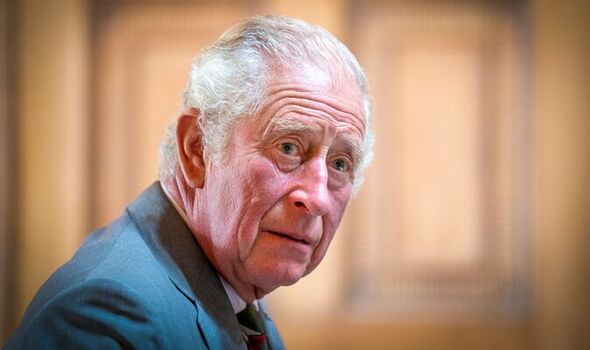 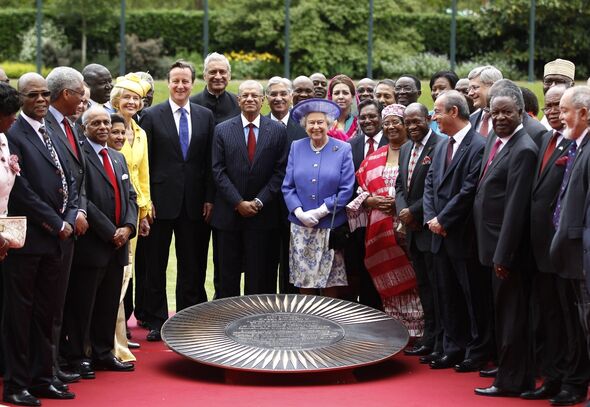 Similarly, after his election in September, Saint Lucia’s Prime Minister, Philip J.Pieree, told the United Nations General Assembly: “Caribbean countries like ours, which were exploited and underdeveloped to finance the development of Europe, have put forward a case for reparations for slavery and native genocide, and we expect that case to be treated with the seriousness and urgency it deserves. There should be no double standards in the international system in recognizing acknowledging and compensating victims of crimes against humanity.” 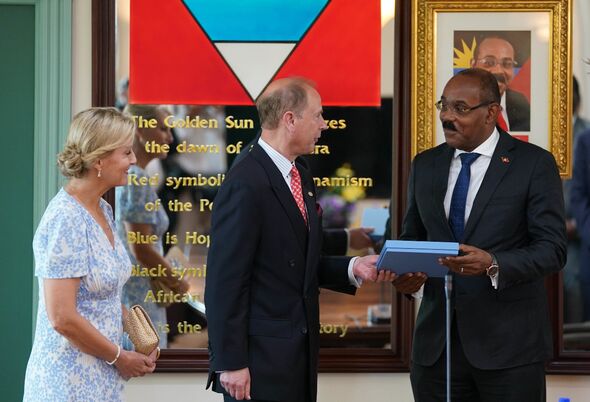 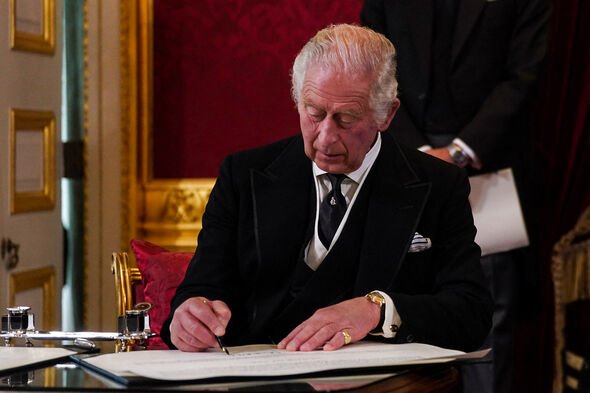 King Charles has become head of the Commonwealth, an association of 56 independent countries and 2.4 billion people.

DON’T MISS: William will not get grand ceremony to invest him as new Prince of Wales – here’s why
Beatrice and Andrew to take back Queen’s beloved corgis after giving them to monarch 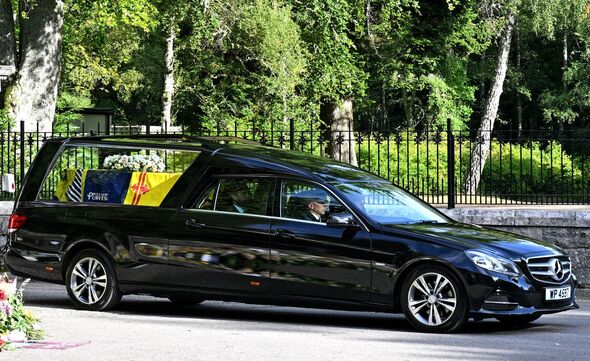 During his first speech as King, Charles renewed his mother’s promise of a “lifelong service”.

He said: “As The Queen herself did with such unswerving devotion, I too now solemnly pledge myself, throughout the remaining time God grants me, to uphold the Constitutional principles at the heart of our nation.

“And wherever you may live in the United Kingdom, or in the Realms and territories across the world, and whatever may be your background or beliefs, I shall endeavour to serve you with loyalty, respect and love, as I have throughout my life.

The Queen is making her final journey this morning as her coffin leaves Balmoral to make the six-hour journey to Edinburgh, where she will lie in state.

The coffin will be draped in the Royal Standard of Scotland with a wreath of flowers on top.