Six weeks after her birth, the Duke and Duchess of Sussex’s daughter – who is eighth in line to the throne – is still missing from the official list of Windsor’s and how close they are to the throne on the Royal Family’s website. But now royal expert Daniela Elser has warned the Firm risks a new “firestorm” as Lili is “ignored”.

She wrote: “The Lili omission has the potential to set off a fresh Sussex-related firestorm.

“It simply beggars belief that this website situation has been allowed to happen given that 2021 is in strong contention to be the Queen’s Annus Horribilis 2.0 for a variety of Harry and Meghan-shaped reasons.”

Ms Elser went on to question whether not including Lilibet on the line of succession was an “IT oversight of the decade or calculated snub”.

She continued: “Perhaps the bigger question is, does it matter?

“The fact that the Palace has failed to include Lili so far and for weeks on end after her birth carries with it quite the sting.”

Ms Esler claimed the list was updated quicker for the likes of Prince George – Prince William and Kate, the Duchess of Cambridge’s eldest child, and for Lilibet’s older brother, Archie.

In her latest column on New Zealand Herald, she said: “But Lili is a whole other ball game and the climate right now is nothing short of combustible.

“One spark, one instance of her being ostensibly cold-shouldered by the palace and the entire Sussex PR tinderbox could go up in flames again.”

MS Elser added: “The palace’s seeming lack of urgency on the Lili/website front is breathtaking.

“Or to put it another way, someone has got around to updating the royal.uk website to include all the handy details of this year’s Swan Upping (it starts on Monday!) but they have not got around to adding Lilibet to the line of succession.

“Talk about fiddling while Rome is threatening to burn.”

SEE BELOW FOR LIVE UPDATES…

7.45am update: Princess Beatrice’s ‘flawless’ engagement ring from Edoardo could be worth £140,000

Princess Beatrice and Edoardo Mapelli Mozzi are celebrating their one year wedding anniversary today. But what is her engagement ring like?

The 32-year-old royal became engaged a year prior and they had to reschedule their big day due to the coronavirus pandemic.

Less than a year after tying the knot, the couple announced that they were expecting their first child, who is due to be born this autumn.

Breaking the news on social media that the couple were engaged, Princess Beatrice’s sister, Princess Eugenie said: “Beabea – wow! I’m so happy for you my dearest big sissy and dear Edo. It’s been a long time coming and you two are meant to be.” 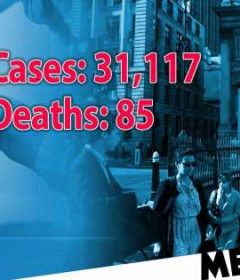