Prince Andrew began his Royal Navy career in 1979, and was a Sub Lieutenant when Britain went to war in the Falkland Islands. Tomorrow marks the 30th anniversary of the end of the conflict, which saw 650 Argentine and 253 British lose their lives  from April to June 1982. Biographer Andrew Morton, in his 1984 book “Andrew: The Playboy Prince” delves into Andrew’s naval career and reveals how the prince was “adamant” that he would go to war.

He recounts how then Prime Minister Margaret Thatcher met with the Queen to inform her that the Argentine invasion was imminent and that Britain was responding to the threat.

Mr Morton writes: “The two most powerful women in the land then turned to the more personal question of whether Prince Andrew – then second-in-line to the throne – should go to war.

“Mrs Thatcher was only too well aware of the extra risks the Queen’s son would face. He would be a prime target for attack, the one man every Argentinian soldier, sailor or airman would be gunning for.

“Prince Andrew, at Windsor on leave from the naval air base at Culdrose in the far west of England, and his father Prince Philip joined in the discussion on his immediate future. 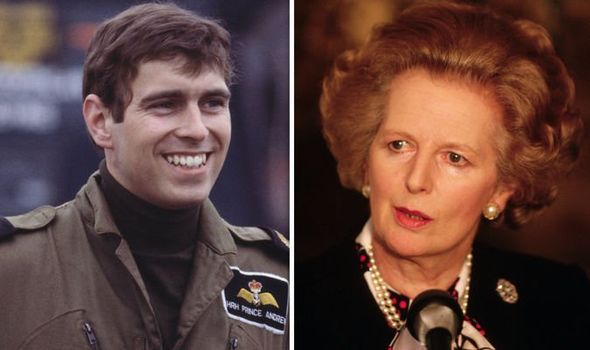 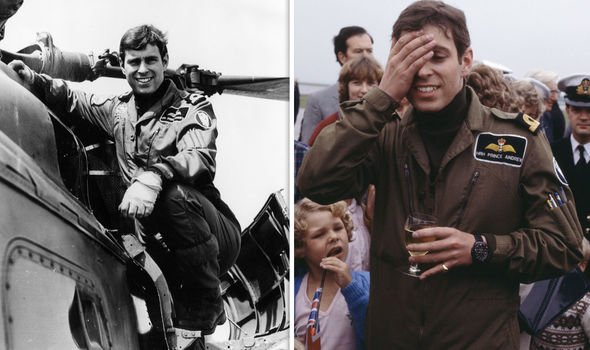 “Andrew was adamant; he insisted on going to war.

“Indeed, according to some reports, the prince even threatened to resign his commission if Invincible sailed without him.

“Prince Philip, a former naval commander himself who served with distinction in World War 2, backed up his son’s fighting stand.

“The Windsor family is not one for shirking responsibility, whatever the danger.”

He continues: “Mrs Thatcher left Windsor in no doubt.

“Andrew would sail with the Task Force, whatever her own personal doubts.”

Mr Morton adds: “Soon after the night of decision, the Queen herself quashed rumours that her son would be spared from battle with a short statement form Buckingham Palace.”

It read: “Prince Andrew is a serving officer and there is no question in her mind that he should go.” 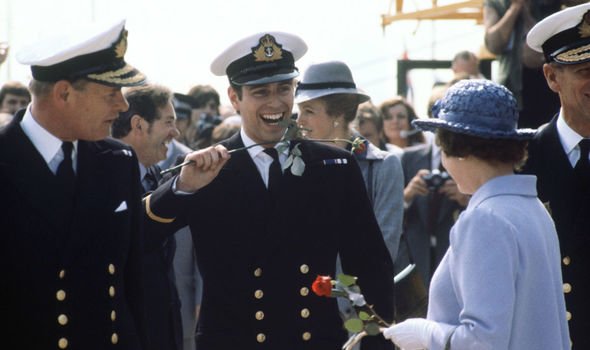 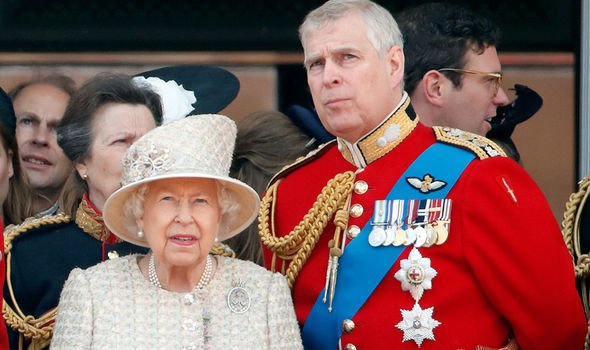 However, Mr Morton writes: “Unknown to the Queen and Mrs Thatcher, their worst fears about sending Prince Andrew to war had become a stark reality.”

He recounts how the prince, serving aboard HMS Invincible, became a target for the Argentinian forces.

However, although Argentinian forces launched an attack on the ship on May 30, no damage was actually caused to HMS Invincible and it sailed back into Portsmouth harbour with the rest of the British fleet when the conflict ended.

Andrew himself was greeted at Portsmouth by the Queen and Prince Philip, and the war hero prince soon found himself at the centre of renewed public adulation.

When he switched on the famous Regent Street Christmas lights in 1983, police had to protect women who had fainted in the street.