Royal baby: Prince Harry trip to Netherlands could hint at due date

An announcement that Prince Harry will visit the Netherlands next week has ramped up the anticipation around the arrival of the royal baby.

The trip, planned for Wednesday and Thursday next week, was revealed by his team at Buckingham Palace as the world eagerly awaits the arrival of the Duke and Duchess of Sussex’s first child.

With Harry unlikely to want to miss the birth of his son or daughter, it’s a further hint the baby’s arrival is imminent.

He would obviously want to spend time with Meghan and their child before getting back to royal duties next Wednesday.

Harry is set to carry out an official engagement in Amsterdam before then travelling on to The Hague to officially launch the one year countdown to the Invictus Games 2020.

The 9 May event has been in the duke’s diary ever since it was announced The Hague would be hosting the next Invictus Games, the Paralympic-style sports event he founded for wounded military personnel.

It’s understood he very much wants to be part of the launch.

But it’s also been hinted the final decision on whether he should go will all rest on whether his wife Meghan has given birth and when. 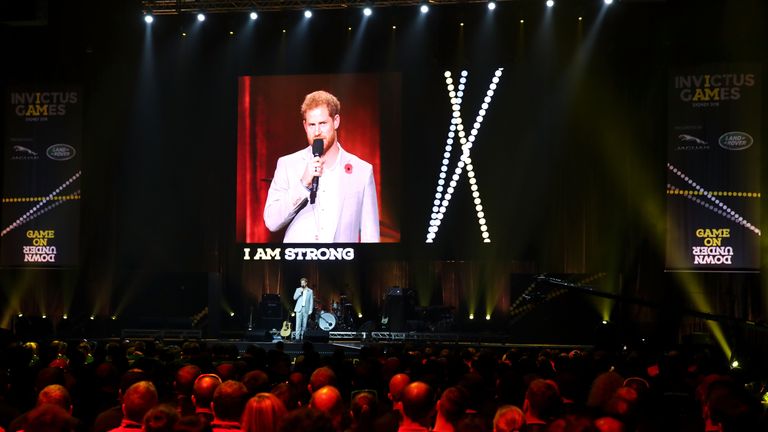 The practicalities of any significant royal visit meant the palace had to announce the trip this week, even though we still don’t know when the baby will be born.

On Sunday, Prince Harry made a last-minute decision to attend the London Marathon.

As patron for the sports event, he usually visits every year but hadn’t confirmed his attendance in advance because of the baby being due any time now.

It was announced last October, at the start their first major overseas tour of Australia and New Zealand, that the Duke and Duchess of Sussex were expecting their first child in spring this year.

During a visit to Birkenhead in January, Meghan told a crowd of women during a walkabout that the baby was due in April or May.

The couple have said they want to keep the birth as private as possible.

But it is anticipated the palace will announce when Meghan has gone into labour, and issue a further announcement when the baby has been born.