Meghan Markle isn’t afraid to break with royal tradition. The mum-to-be is due to give birth any day now and according to a source, she and Harry are looking to recruit an exceptional nanny who may not fit the royal mould. A source told the Mirror Meghan “favours an American over a Brit” and may even opt for a male nanny or “manny”.

They told the Mirror Online: “Meghan and Harry have clear ideas on how to bring up their children.

“Meghan was clear in telling recruiters she favours an American over a Brit and wants them to feel part of the family rather than a uniformed member of staff.

“That is important to her, she’s never hidden the fact she is fiercely proud of her American roots.

“They are keen to explore the possibility of a male nanny.” 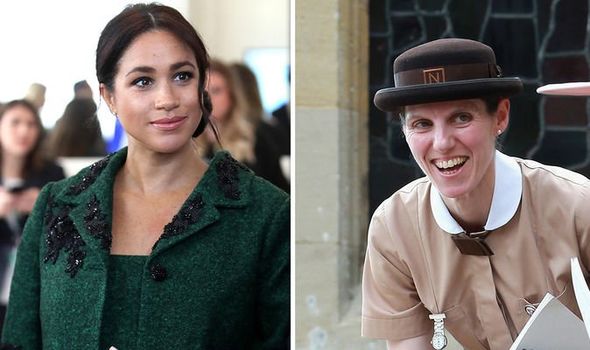 A male nanny would be a first for the Royal Family and certainly breaks with royal tradition.

Royal nannies are traditionally trained at the prestigious Norland College, which is based in Bath.

There’s a rigorous entrance test to get in and students must then study for three years before qualifying as a ‘Norlander’.

Norland nannies are considered a cut above the rest and have cared for the British Royal Family’s children for years. 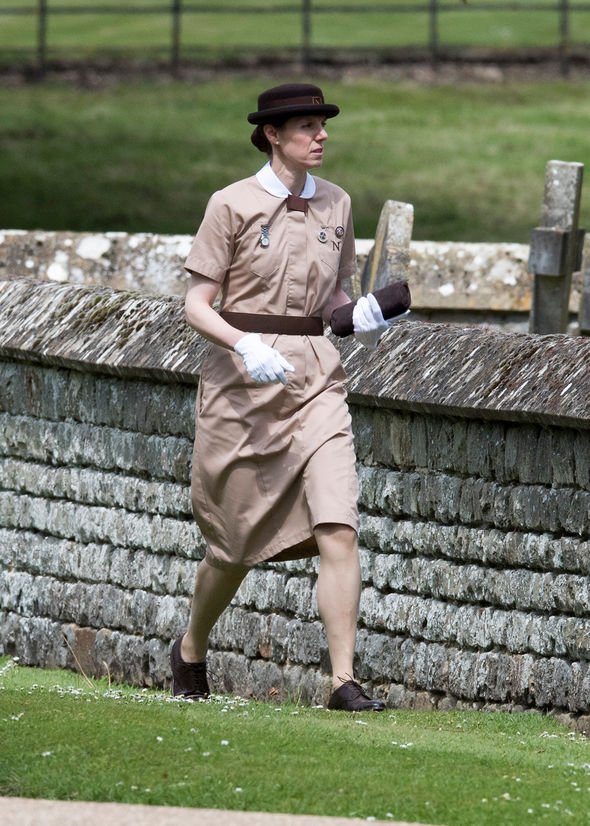 Norland nannies are easily identified by the smart brown uniforms they wear to state events.

Maria has worn hers to royal weddings and on other special occasions.

Norland-trained nannies are equipped with some very unique skills which set them apart from the other childminders. 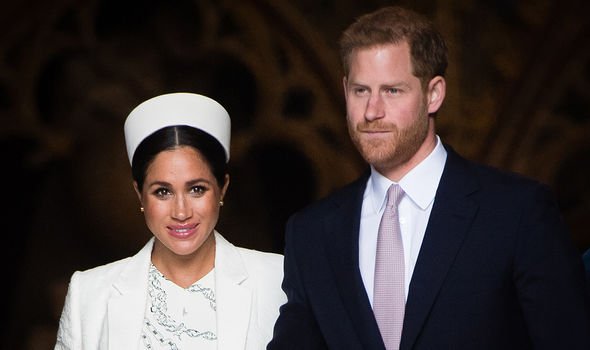 Meghan has signalled she does not want a “uniformed nanny”, which may mean Norlanders are off her list.

But if the Duchess of Cambridge does choose to hire an American nanny of her own its unclear if they will conform to the Norland standard.

From eco-friendly decorating to self-defence, these are nine skills taught at Norland College:

1. Cybersecurity – how to stay safe online and how to manage threatening situations are taught to Norland nannies during a half day course

2. How to stay safe in public – given that Norland nannies often look after some of the most high-powered families in the world, they are taught to deal with dangerous situations. British military intelligence officers instruct the nannies during a half day course.

3. Self-defence – Nannies can take a three-hour self-defence course taught by a black belt Taekwondo instructor. Dr Rose said it “includes an emphasis on protecting their children who may be in buggies, prams, or walking.”

4. How to eat a pear properly – This unique skill is taught in a workshop in social etiquette.

5. Skid-pan driving – defensive-driving instruction, is offered, so students can “learn something about driving under more treacherous conditions”, Dr Rose said.

6. A squeaky clean past – While this isn’t a taught skill, anyone who wishes to become a royal nanny will be under public scrutiny – so having skeletons in the closet is a no-no.

8. Teaching skills – How to teach maths to toddlers is another of the many skills Norland nannies have.