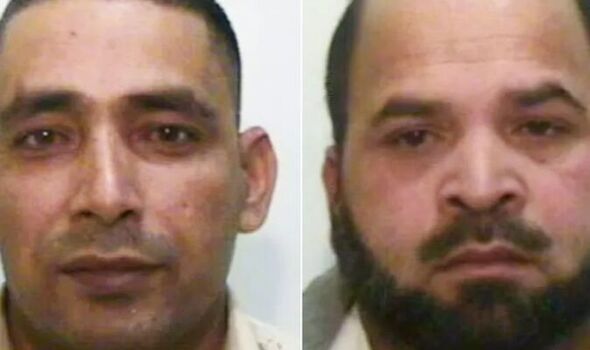 Two men who were part of the so-called Rochdale grooming gang have lost an appeal against being deported to Pakistan following a seven-year legal battle, immigration judges have ruled. Adil Khan, 51, and Qari Abdul Rauf, 52, had been fighting to remain in the UK on human rights grounds.

However, an immigration tribunal has ruled that they should be deported from Britain for the public good, after they were found to have been part of the group convicted in 2012 of a litany of sexual offences against young girls.

In the decade since their imprisonment, the two men launched multiple legal challenges and appeals, up to the Court of Appeal, to avoid being forced from the UK.

In June, their appeal against deportation was heard before an Immigration Tribunal.

Judges Charlotte Welsh and Judge Siew Ling Yoke released their 31-page legal ruling today, stating that Khan had shown a “breath-taking lack of remorse” and in his and Rauf’s case there was a “very strong public interest” in their removal.

The decision by the tribunal was made in August, but was only made public this afternoon.

Khan was found to have got a 13-year-old pregnant, but denied he was the father.

He later met another girl, who was 15 at the time, and trafficked her to others, and used violence when she complained.

Khan was sentenced to eight years in prison in 2012. He was released on licence four years later.

Rauf – a father of five – trafficked a 15-year-old girl for sex. He would use his taxi to drive her to secluded areas to have sex with her, or ferry her to a Rochdale flat where he and others would have sexual intercourse with her.

He was sentenced to six years, and released in November 2014 after serving two years and six months of that sentence.

The pair were part of a gang of nine Asian men convicted of a number of sexual offences against vulnerable girls.

Khan told the tribunal hearing in the summer that he wanted to stay in the UK so he could be a “role model” for his son.

Both men argued their human rights precluded them from deportation, and that both had certificates renouncing their Pakistani citizenship.

Both men cited their human rights to have privacy and a family life as reason not to be kicked out of the UK and that they had both had certificates “renouncing” their Pakistani citizenship.

The certificates only came through after the Court of Appeal decided against them in June.

The drawn-out legal process to have them removed from the country has led to anger among Rochdale residents.

During multiple deportation appeal hearings, Khan complained that he had no rights in the UK, but that he needed to remain in the country to teach his son “right from wrong”.

He also denied grooming offences, saying his prosecution had been motivated by racism.

Lawyers acting for the Home Office admitted the case had taken a “very long time”, and argued that it was in the public interest to have both men deported “as soon as possible”.

Judge Charlotte Welsh also granted an application for anonymity for the lawyers representing Rauf, which had been opposed by two news outlets.

At an earlier hearing, the QC representing Rauf, who therefore cannot be named for legal reasons, said the matter “needs to be thoroughly litigated”.

They added that similar cases had gone “all the way to Strasbourg” – the location of the European Court of Human Rights.