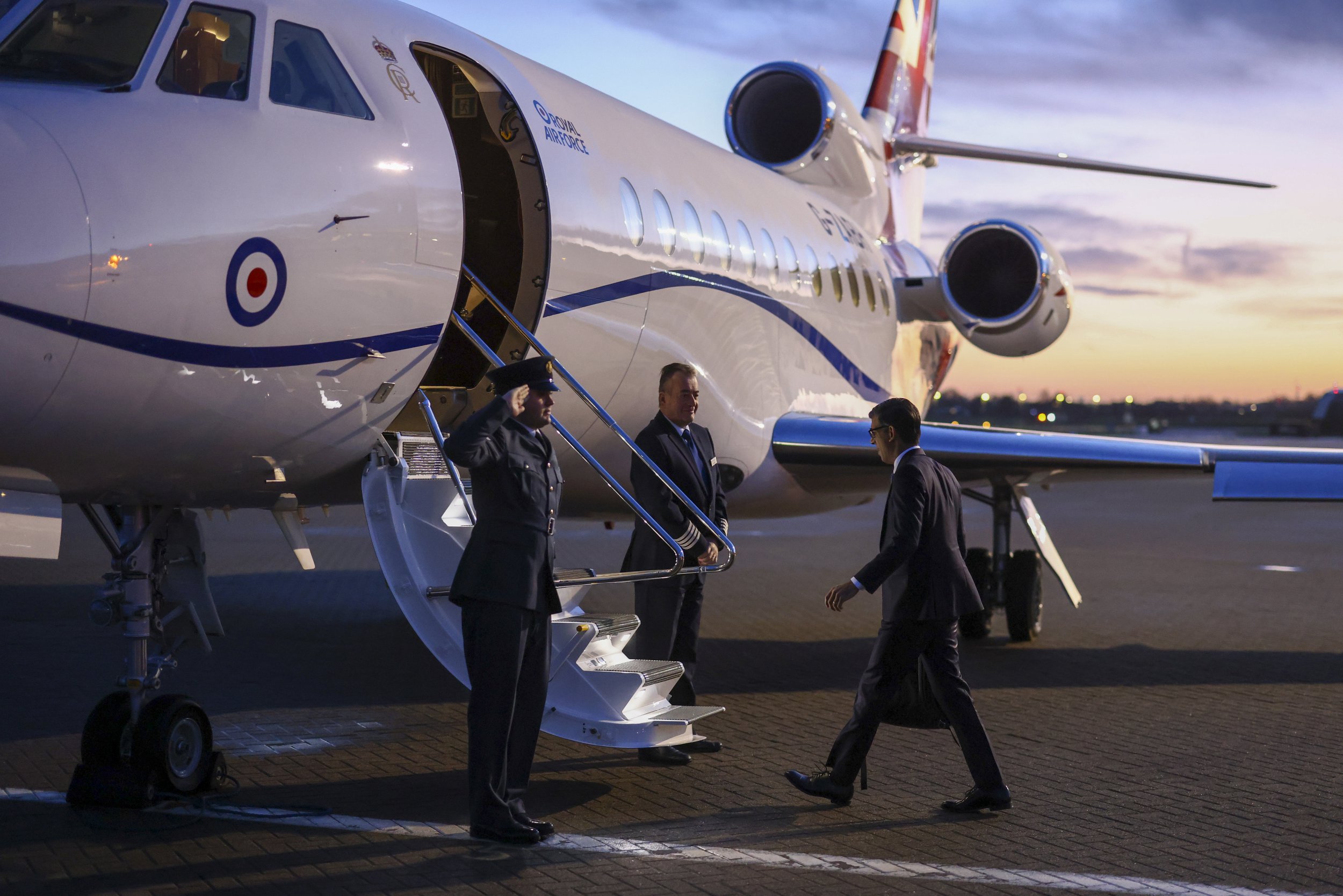 Downing Street has defended Rishi Sunak’s decision to make a 36-minute flight from London to Leeds.

He made the trip to Rutland Lodge Medical Practice in the suburb of Chapel Allerton where he met staff and patients yesterday morning.

The RAF jet left Northolt at 7.47am and landed in West Yorkshire at 8.23am before returning three hours later.

Asked why Mr Sunak decided to fly rather than take a train, Downing Street said there was a ‘great deal of pressure’ on his schedule.

The Prime Minister’s official spokesman said: ‘The transport the Prime Minister takes will vary and will always be done in the interest of what is the most effective use of his time, enabling him to get around the entirety of the UK when there is a great deal of pressure on his time.

‘It will vary (depending) on what is the most appropriate use.’

The UK Government is signed up to a pledge of having a net zero carbon emissions economy by 2050.

In July 2021, ministers set out a Jet Zero strategy, containing their plans for creating a net zero aviation sector, including switching to less polluting fuels.

It did not include discouraging air travel but making travellers more aware about the emissions involved when flying instead.

The aircraft is a French-built Dassault Falcon 900 trijet owned by the RAF and used by the Royal Family since it was delivered last year.

Former PM Boris Johnson was criticised for taking a short helicopter flight from west-London to Wolverhampton Halfpenny Green airport to promote a local bike hire scheme in May 2021.

Mr Johnson took the 50-minute chopper ride despite trying to promote cycling as ‘a fun, healthy and sustainable way to travel’.

It would have only taken him just over two hours to get the train on the same journey.

In 2019 he was also slammed for taking an 80-mile ride in a private plane from Doncaster Sheffield Airport (DSA) to Teesside International Airport (MME).

The train would have taken only 53 minutes, and the plane took just under half-an-hour, barely shaving minutes off the journey.

The Ministry of Defence released the figures with an FOI revealing the cost of the prime minister’s flights at £1.22m.