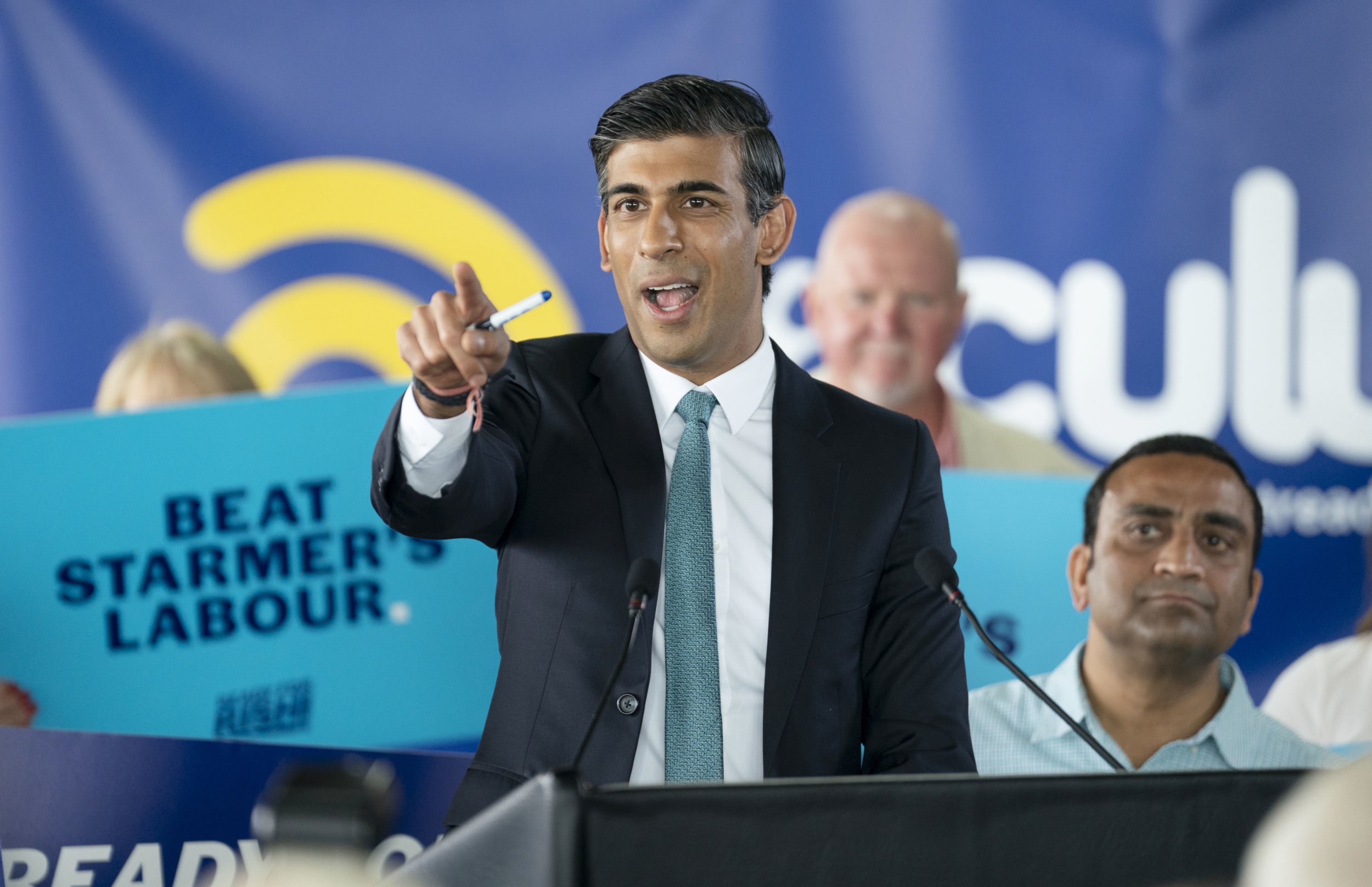 Rishi Sunak has pledged to put an annual cap on the number of refugees the UK accepts if he wins the Tory leadership contest.

Regardless of who replaces Boris Johnson in Downing Street, it appears to be bad news for those hoping to come to the country for a new life.

Both Mr Sunak and his opponent Liz Truss are united on the need to toughen up migration policy.

So far, they have doubled down on the government’s controversial Rwanda asylum scheme, which could cost Britain £120 million if it is ruled unlawful in the courts.

It comes after the first deportation flight in June came to a halt after a series of legal challenges and pushbacks from activists.

In a major campaign announcement, the former chancellor has unveiled a 10-point plan to curb what he calls ‘illegal immigration’.

Mr Sunak’s plans include tightening the definition of who can qualify for asylum, compared to that offered by the European Convention on Human Rights.

He is also proposing enhanced powers to detain, tag and monitor people.

‘Our immigration system is broken and we have to be honest about that. Whether you believe that migration should be high or low, we can all agree that it should be legal and controlled,’ he said.

‘Right now the system is chaotic, with law-abiding citizens seeing boats full of illegal immigrants coming from the safe country of France with our sailors and coastguards seemingly powerless to stop them.

‘It must stop, and if I am prime minister I will stop it.’

While not new, Mr Sunak’s stance on immigration has come as a shock to many due to his family’s past.

‘We need to inject a healthy dose of common sense into the system, and that is what my plan does.’

She said: ‘The Conservatives have been in power for 12 years.

‘It beggars belief that they claim to be the ones to sort things out when they have both failed for so long.’