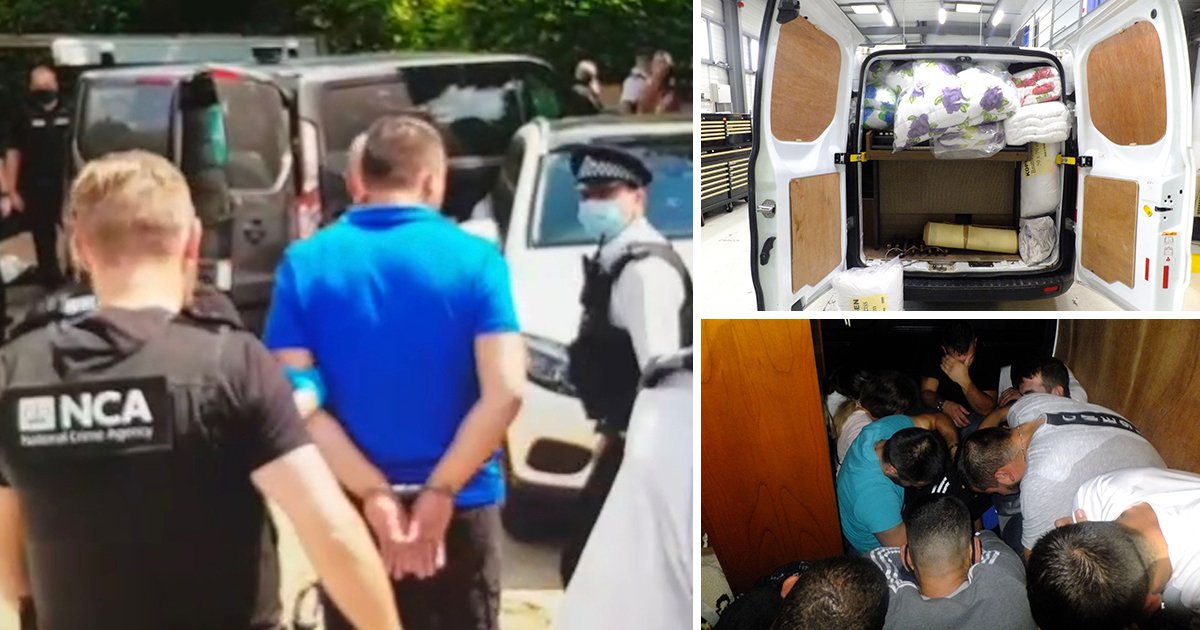 Seven people linked to a people smuggling network which moved hundreds of Albanian migrants to the UK illegally have been arrested, including its suspected ringleader.

Migrants were transported in cramped conditions in the back of vans, paying as much as £25,000 to enter the country.

The alleged smugglers were arrested in a series of raids in south London, Surrey, Oxfordshire and Hartlepool on Tuesday morning.

The National Crime Agency said the ring has now been ‘severely disrupted’ and slammed smugglers for having ‘no regard for human life’.

Six men, aged 26 to 44, and a 26-year-old woman were arrested and face questioning over multiple offences.

‘Numerous’ bank accounts with tens or even hundreds of thousands of pounds in turnover have been identified which allegedly belong to the network.

‘This activity represented a significant threat to both the safety of the migrants involved and the security of UK border controls.’

Six smuggling attempts were stopped in six months up to December by Border Force officials at the Channel Tunnel terminal in Coquelles, near Calais, he added.

The deputy director of the NCA, Andrea Wilson, described people smuggling as ‘a form of criminality that sees people exploited for profit by criminals who have no regard for human life.’

She added that the penalties for those who are caught are ‘severe and life-changing’ and ‘it is simply not worth the risk’.

The Albanian migrant smuggling ring is believed to have used contacts in France, Germany the Netherlands and Poland.