RBS chairman Howard Davies hit back at the Government after Chancellor Rishi Sunak announced banks will be banned from asking small business owners for personal guarantees when they apply for emergency loans during the coronavirus pandemic. Banks have been facing increasing pressure to ease loaning requirements, with politicians suggesting they should help the country after taxpayers’ helped bail out banks during the 2008 financial crisis. But speaking to the Today programme, Mr Davies said: “There’s a bit of re-writing history here.

“The banks were not bailed out as a favour to the banks.

“The banks were bailed out because the cost to the economy and innocent bystanders of failure would have been too great.

“This crisis is not a banking crisis, it’s quite different from the last one.

“The last one, the problem was that the banks didn’t have the money to lend, there was a credit crunch and the problems had started in the financial sector.”

At this difficult time for frontline doctors and nurses, sign up here to show your support now to our brave NHS Heroes. 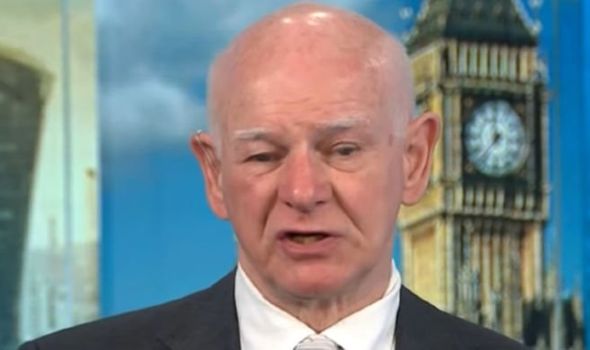 The RBS chief continued: “We’re not in that position at all.

“The banks have got the money to lend, we have a large amount of capital, we’re not constrained in the volume that we can lend.

“It is a very different crisis and I’m not sure looking back to 2008 is particularly helpful.”

READ MORE: Coronavirus spread could be slowing down in UK due to social distancing – new data

Archie’s christening was sign of tensions between Meghan Markle and royals, book claims