A rapist who wore a ski mask and made his victim wash herself in a canal after the attack has been jailed for more than 15 years.

Desmond Atumkeze also forced the woman to call him “daddy” after he targeted her on 8 November last year.

The 23-year-old initially claimed he was a blind virgin when he entered not guilty pleas in court, but later admitted two charges of rape and one of kidnap.

Atumkeze told probation officers he had waited after dark in Gallions Park, south London, before carrying out the planned attack.

He approached his victim as she walked home from work at around 8.45pm, Woolwich Crown Court heard.

Prosecutor Sally Hobson said: “The defendant came up behind her and said ‘I’ve got a gun, I’m going to f****** kill you’.”

She added the woman was “extremely frightened” and followed his orders to go to a secluded area of the park and completely undress before he raped her.

Miss Hobson said: “While raping her he started asking her questions, do you have a boyfriend, are you a virgin?

“When he told her to call him daddy, she did so.”

After the rape he ordered her to get into a mostly-drained canal nearby and wash herself for 10 minutes.

Judge Keith Raynor said at the sentencing: “She was cold and frightened and anxious to obey his commands.”

Atumkeze then took the victim’s phone, leaving her without a way to call for help before threatening her again.

Atumkeze conducted several internet searches including for “rape kit” the day after the attack.

He also read information about sexual crimes on the Crown Prosecution Service’s website.

Miss Hobson said: “He was planning what he could say to the police in his defence if they ever caught him.”

She added Atumkeze “concocted an elaborate story” to police where he claimed to be blind and a virgin before he later said he was under the influence of cocaine at the time.

He eventually admitted his crimes after entering not guilty pleas in court.

A further count of theft was left on file.

The victim said in an impact statement that the attack left her feeling dirty and “contaminated” and has caused her to lose her independence. 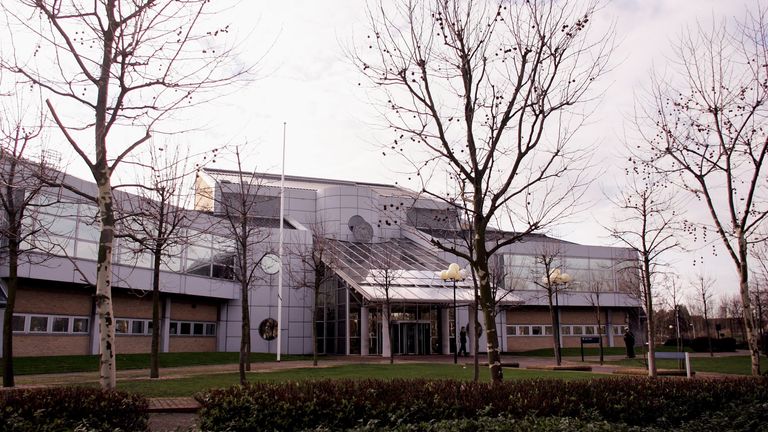 Prosecutor Sally Hobson said: “What she describes is akin to losing a part of her body, the trauma she has suffered as a result of this attack upon her.

“It will stay with her. It has had a significant impact. She feels that this is her fault.”

James Hasslacher, defending, argued the attack was an awful, degrading experience for the victim but did not warrant the most severe classification of sentence.

The judge rejected this argument, as well as the argument that his lack of maturity mitigated his crimes.

He did however accept that Atumkeze had shown some remorse.

Judge Raynor said Atumkeze was a dangerous offender as passed an extended sentence of 15 years and two months.

Daniel Geller, from the Crown Prosecution Service said: “This was a horrific attack on a lone female who was simply returning home from work.

“The victim was in fear of her life and has since been left terrified to go out alone.”

Atumkeze will have to serve two-thirds of his sentence before he can be deemed eligible for release.

He will then be subject to an extended licence period of three years.