A furious row broke out between protesters at the London anti-racism rally on Saturday when a Black Lives Matter protester confronted far-left socialist activists over their presence in Parliament Square. In an exchange caught on camera, the Black Lives Matter activist can be heard scolding the socialist, who had been chanting far-left slogans at the march. The protests, sparked by the death of George Floyd in the US, were held in cities across the country including London, Manchester, Cardiff, Leicester and Sheffield.

In the exchange, the BLM activist told the socialist: “I’m here fighting for black lives and a human rights issue and you are here pushing a political agenda.

“Start your own march, or f*** off! We’re not talking about that today.

“We are talking about Black Lives Matter today, do you not see that?

“Can you not see who you are arguing with, and how that looks?” 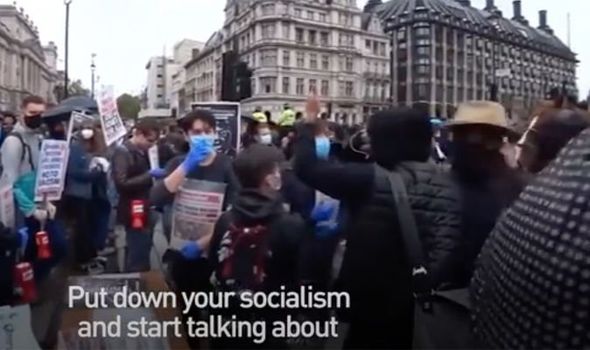 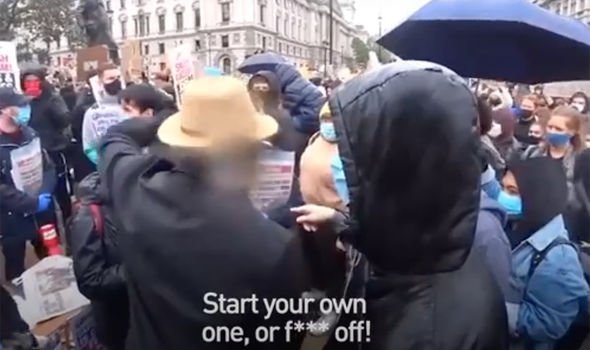 He added: “Put down your socialism and start talking about Black Lives Matter for today, tomorrow carry on!”

Thousands of people gathered in the capital, the majority donning face coverings and many with gloves.

Protesters knelt for a minute’s silence before chanting “no justice, no peace” and “black lives matter”.

The protest was generally peaceful, but turned chaotic in the evening outside Downing Street. 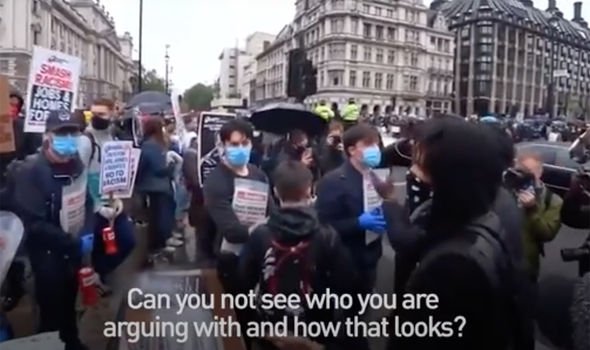 A small group became “angry and intent on violence”, according to the police force, as they started throwing bottles at officers, prompting mounted police to be deployed.

At one point, a police officer fell from her horse after smashing into a traffic light while her horse continued to race through the crowd.

Ten police officers were left injured and 14 people arrested after violence broke out. 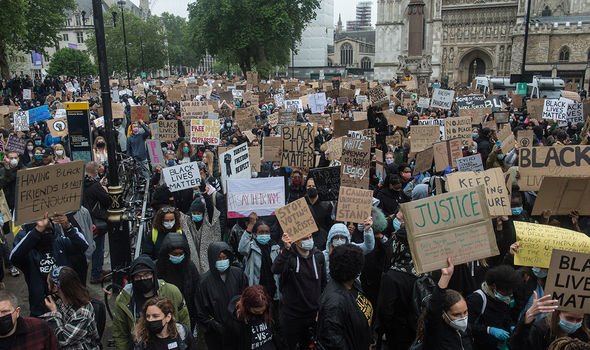 Protests also took place across Australia in the cities of Sydney, Melbourne and Brisbane that focused on the treatment of indigenous Australians.

There were also demonstrations in France, Germany and Spain.

It also marked the 12th day of protests in the US parked by the death of George Floyd.

Mr Floyd, an unarmed black man, died in police custody in Minneapolis on 25 May.

Video footage showed a white police officer kneeling on his neck for almost nine minutes while he was pinned to the floor.