The flight from Vienna was surrounded by police after landing at the Essex airport around 7.20pm today. Essex Police boarded the plane and removed two men after the discovery in the toilet. 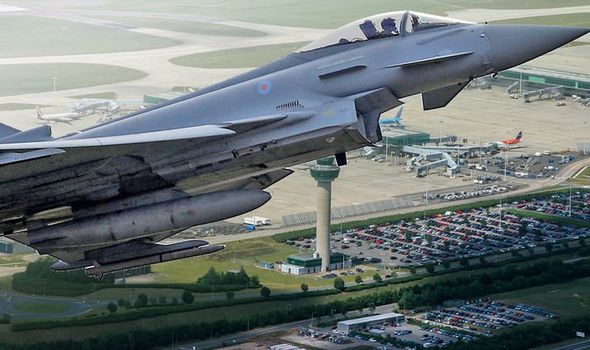 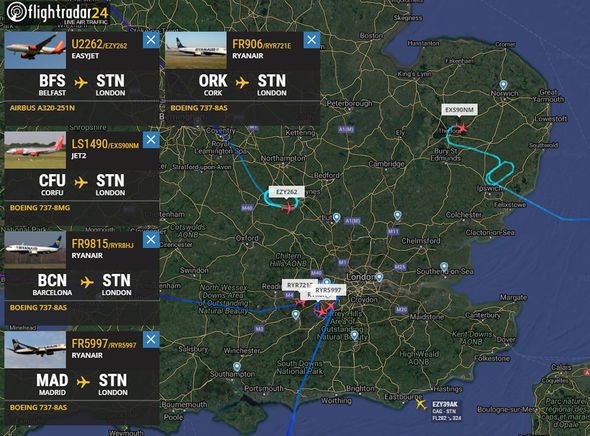 A spokesperson for London Stansted Airport confirmed the plane had landed safely on the ground following the police incident.

Passengers on board took to social media and revealed the plane had been parked up in a “remote area” before being surrounded by police.

Both of the typhoon fighter jets circled the airport several times before the passenger plane had landed at the scene.

The jets are believed to have then headed towards Cheltenham to be refuelled before returning towards base at RAF Coningsby. 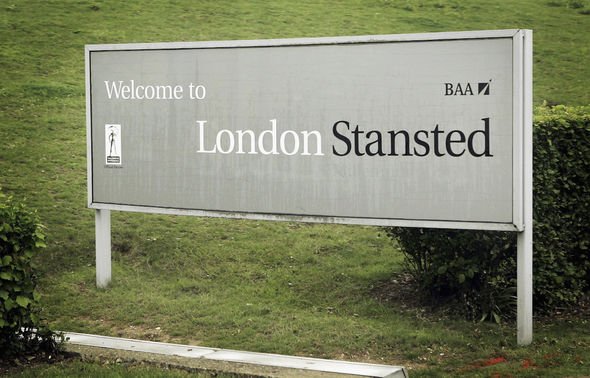 Some reports claim the jets were responding to an urgent call-out known as a Quick Reaction Alert or QRA.

Passenger Joanna Czechowska said they had been held for an hour with armed police surrounded them.

On Twitter, she wrote: “Our plane is being held with armed police all round.

“We have been here for an hour now. They told us to put our seat belts back on. 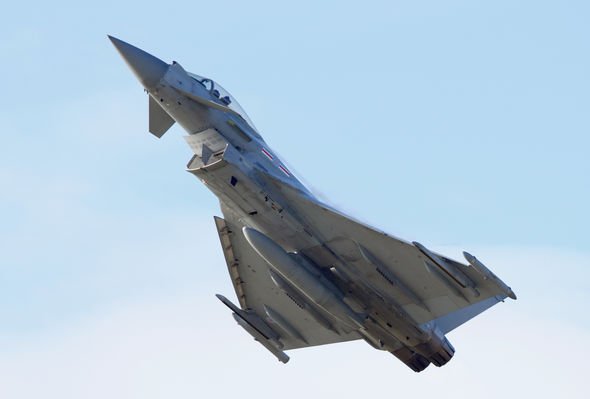 “We are parked in a remote area. Nothing happening yet.

“The police have come on board and taken two men away.

“They found suspicious objects in the toilets and called the police.

“All seems OK now. That was scary!”

A Ryanair spokesman said: “The crew of a Ryanair flight from Vienna to London Stansted this evening (30 Aug) alerted of a potential security threat on board.

“In line with procedures, the captain informed UK authorities and continued to London Stansted, where the aircraft landed normally and taxied to a remote stand where passengers disembarked safely.

“Passengers in London Stansted waiting to depart to Vienna were transferred to a spare aircraft to minimise the delay to their flight. This is now a matter for the local police”.