Queen’s funeral is 20 years in the making, says organiser

Queen Elizabeth II’s state funeral has been planned by the Duke of Norfolk, otherwise known as Edward Fitzalan-Howard. He is Earl Marshal, a position he inherited from his father in 2002. This hereditary role holds responsibility for arranging the state opening of parliament, as well as organising the state funerals of sovereigns and the accession and coronations of new monarchs. He was tasked with organising the Queen’s lying-in-state and funeral, which will be held at Westminster Abbey on Monday. It is a duty he has been preparing for since he inherited the role — almost 20 years ago.

The Duke spoke to The Times about the weight of the role, saying: “It’s all pretty scary, but you have to rise to the occasion. I have an incredible team, but the buck stops with me.”

Since 1936, the Duke of Norfolk has held the position of Earl Marshal. His grandfather was responsible for the Queen’s coronation in 1953 as well as the State funeral of Sir Winston Churchill in 1965, and the investiture of King Charles III as the Prince of Wales, in 1969.

The Fitzalan-Howards are one of the oldest aristocratic families in Britain, with a lineage that can be traced back to Edward the Confessor, who reigned as King from 1042 – 1066. In the general order of precedence, the Earl Marshal is currently the highest hereditary position in the United Kingdom outside the Royal Family. The current Duke lives at his ancestral home, Arundel Castle in West Sussex. The Grade I listed building overlooks the River Arun and dates back to the 11th century; it has been the seat of the Dukes of Norfolk and their ancestors for over 850 years.

Edward, or ‘Eddie’ as he is called by friends and family, succeeded his father, Miles, in June 2002, having deputised for him in his last two years. His father had said: “I organised the crossing of the Rhine [in the Second World War] in 24 hours — the Queen’s funeral will be a piece of cake.” 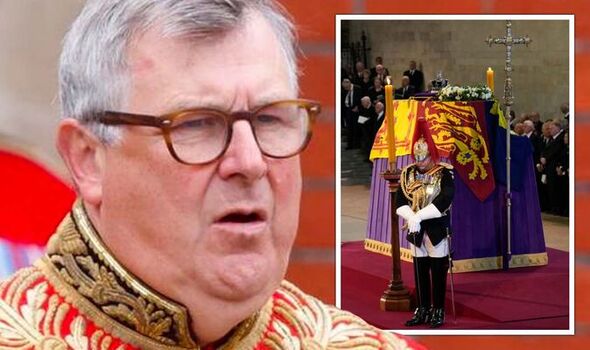 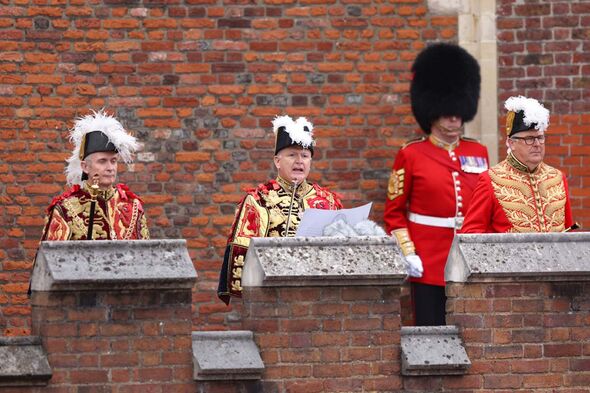 However, preempting it might not be that straightforward, the Duke started planning for this week following his father’s death.

He explained: “We had annual meetings in the throne room of Buckingham Palace. It started off with 20 people; by April this year it had reached 280. I have had a lot of help from Buckingham Palace staff.”

In the beginning, he worked closely with Lieutenant Colonel Anthony Mather, a long-serving member of the royal household, who led the funeral bearer party at Churchill’s funeral — the last time a state funeral was held.

Of course, the obvious starting point for the Earl Marshal was the funeral of King George VI, who died in February 1952, “but that was 70 years ago. I’ve always been very conscious that ceremonial needs to move with the times.” 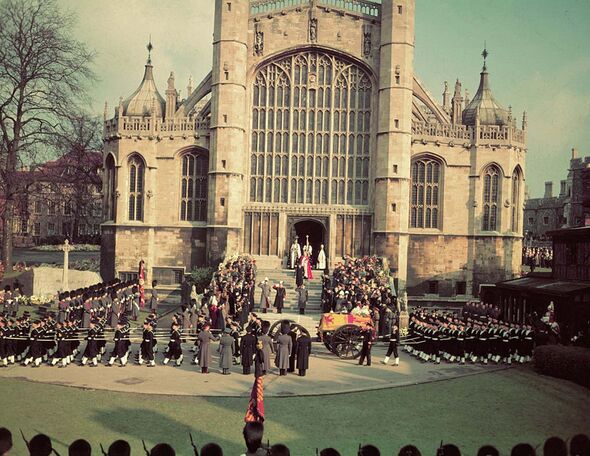 George VI’s funeral was held at St George’s Chapel in Windsor, which has a capacity of 800 people. For the first time in 200 years, the state funeral will be held in Westminster Abbey, where “2,000 people” can come together to mourn the country’s loss. It will then move to St George’s for a committal service, where guests will say their final goodbyes.

An additional change was to plan an extra day for the lying in state, which allows members of the public to file past the Queen’s coffin and pay their respects. George VI lay in state for three days, allowing some 304,000 people to pass through Westminster Hall with queues up to four miles forming.

Thousands of mourners are currently waiting in the queue to pay their respects to Britain’s longest-serving monarch. Expected queue times reached 24 hours and temperatures plummeted as the autumn chill kicked in.

The Earl Marshal’s plan allowed for four full days and nights with a little extra at either end, with officials expecting approximately 750,000 people to have filed past the coffin before lying in state ends on Monday morning.

He said: “It’s the maximum time I could manage within the schedule — it should allow an additional 85,000 people to file past the coffin.” 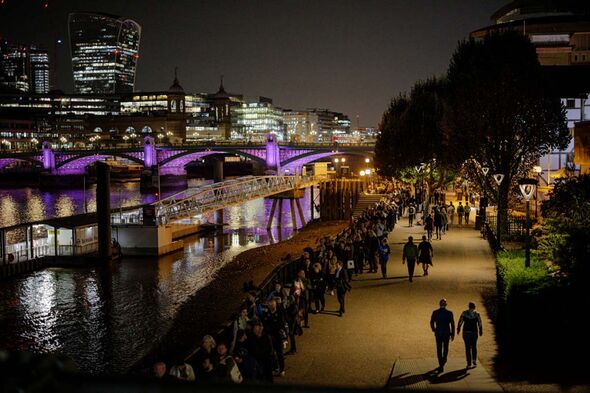 The Queen’s coffin arrived at Westminster Hall on Wednesday, having travelled from Balmoral Castle in Scotland. It was flown from Edinburgh, where the Queen lay in state for 24 hours, on an RAF flight to London.

Some expressed disappointment that the Queen’s coffin was not carried by train, allowing people to bid farewell at stations along the route. But the Duke explained: “In the end, the security concerns just made it impossible. If the train had come to a halt there was no reliable contingency plan.”

The coffin arrived at Buckingham Palace on Tuesday evening; the next day, it was taken in procession on a Gun Carriage of the King’s Troop Royal Horse Artillery to Westminster Hall. It was an event that “went off faultlessly”.

The Earl noted: “It was incredibly moving to be in Westminster Hall on such a historic occasion.” 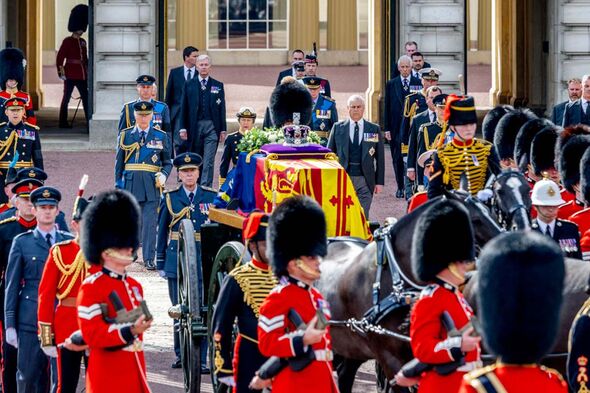 The Queen will remain at the Palace of Westminster until the morning of Monday, September 19, when the coffin will be taken to Westminster Abbey for the state funeral. After the funeral, she will travel to Windsor, where the committal service will be held. The Earl has to get to Windsor before the coffin; “I’ll be going down the M4 to overtake it so everything should work out fine.”

Following the committal service, the Queen will be laid to rest in the King George VI memorial chapel. George, the Queen Mother and Princess Margaret are all buried in the chapel. The family that nicknamed themselves “Us Four” will be reunited.

After the Queen has been buried in the chapel, Prince Philip will be moved to be there with her. He was previously interred in the Royal Vault.

It will mark the end of the national mourning period and the culmination of the Earl’s 20 years of planning.

Lady Kinvara Balfour, the Duke’s niece, told Tatler: “In organising the Queen’s funeral, Uncle Eddie has done a truly outstanding job. What a show of elegance, efficiency and rare precision he has produced for our nation, and the world — just like the late Queen Elizabeth II herself did.

“He is an incredible father of five, a grandfather too, and he runs Arundel Castle with such care and such thought — not only for every brick and every painting but for the people who help him do so. And he used to be a Formula One driver. He’s a bit of a legend.”

The Earl Marshal said the country should be “proud” of the way it has united to honour the former monarch, but added her death had affected people much further afield and Monday’s service would “resonate with people of all faiths”. 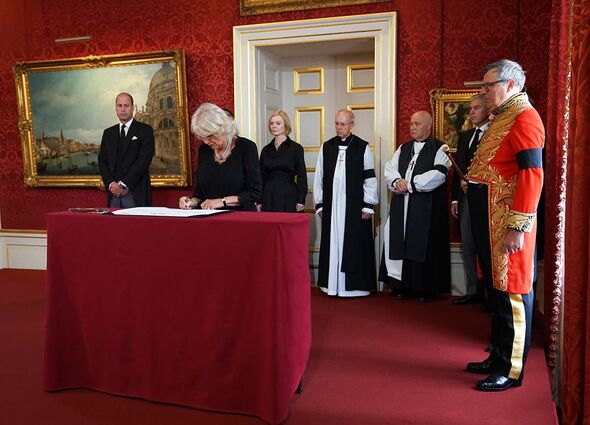