Camilla, Duchess of Cornwall, 73, has been married to Prince Charles, 71, since 2005 and will be his consort when he becomes king. Camilla had a less than easy start to royal life as the affair she and Charles had during his marriage to Princess Diana still hung over her and marred public opinion. However, in recent years the British public has warmed to the Duchess of Cornwall and she has taken on an increasingly important role within the Royal Family.

In the summer Prince Philip, 99, who retired from public life in 2017, handed one of his treasured honorary military roles down to Camilla.

The Duchess inherited the post of Colonel-in-Chief of The Rifles from the Duke in July with the official transfer of power taking in place in October.

On Thursday, a striking new photo portrait of Camilla was released to mark her new role.

Getty photographer Chris Jackson was behind the photo which was shared by Camilla and Prince Charles’s official Twitter account. 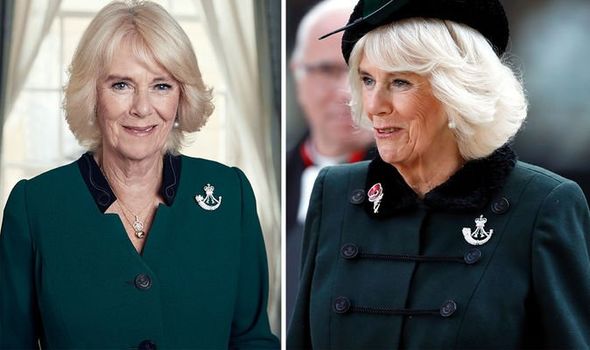 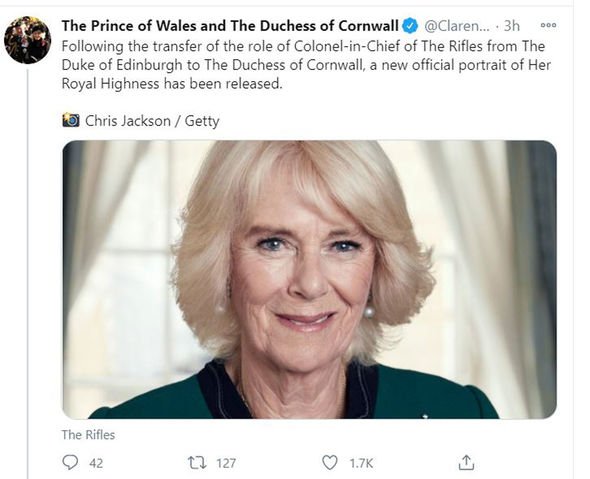 Clarence House tweeted: “Following the transfer of the role of Colonel-in-Chief of The Rifles from The Duke of Edinburgh to The Duchess of Cornwall, a new official portrait of Her Royal Highness has been released.”

In the portrait, Camilla wears a forest green dress with a black collar and a special brooch.

Another Clarence House tweet explained the significance on Camilla’s silver brooch and how it is linked to her new post.

The tweet explained: “In the photograph, The Duchess is wearing a brooch commissioned by The Rifles.

“The silver Bugle Horn is central to the heritage of the Regiment and every Rifleman wears a silver bugle as their cap badge.

“Watch a message HRH recorded for the regiment.” 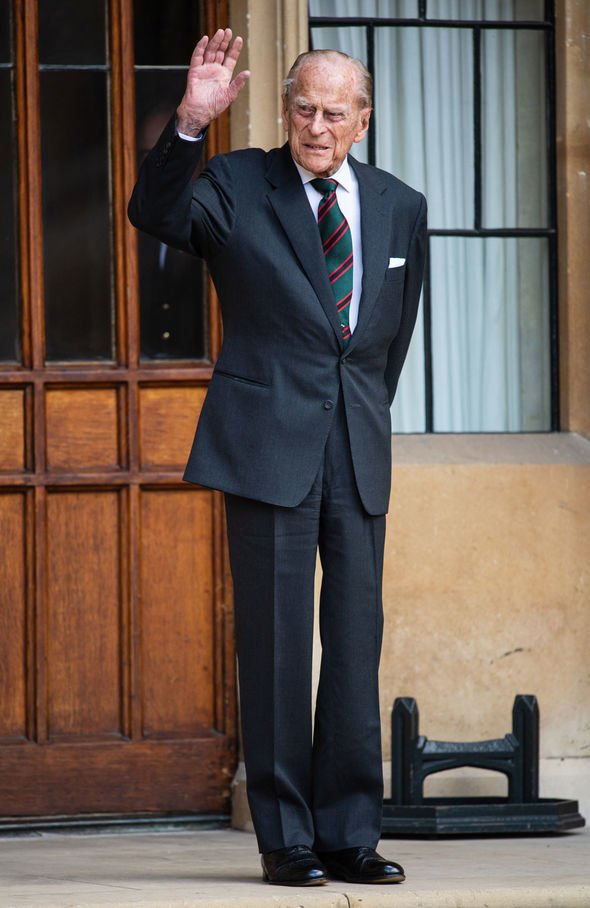 Camilla’s new portrait sent royal fans into a frenzy with many rushing to compliment her and wish her luck in the new role.

One fan wrote: “Congratulations on the new role, gorgeous photograph.”

They gushed: “That is a stunning colour on her – brings out her eyes. She looks very regal!”

One complimented the Duchess’s shade of hair.

They wrote: “Camilla has the most gorgeous shade of blonde Congratulations to HRH!”

A third claimed Camilla deserved to be recognised for her royal status.

They wrote: “Good. It’s about time the Royal Family gave Duchess of Cornwall her share of the work and the status she deserves as PofWales consort.

“And be honest DofE has, ceremonially and on active service, done way above and beyond his share of what could reasonably have been expected.” 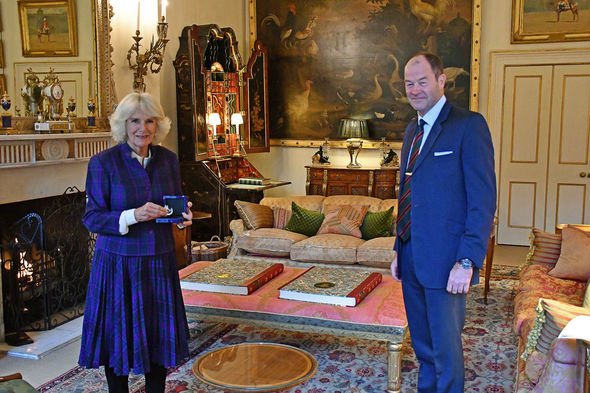 One said: “What a gorgeous photograph of the Duchess and the brooch is beautiful.”

Another put: “What a lovely picture and I noticed that she was wearing the brooch yesterday and thought it very pretty.”

One fan congratulated Camilla and claimed she would shine in the new post.

They wrote: “What a beautiful picture of Her Royal Highness!

“She’ll do so well in her new role. Congratulations.”