Queen Elizabeth II, 94, and Prince Philip, 99, said their thoughts were with those affected by Hurricane Eta in a powerful message on Tuesday. The hurricane has devastated Central American countries including Guatemala, Honduras, Mexico, Panama, Costa Rica and Nicaragua.

The royals’ said they were “deeply saddened” by the disaster in a message shared on Twitter.

The Queen’s and the Duke’s message to those affected by the hurricane read: “Prince Philip and I were deeply saddened by the tragic loss of life and destruction caused by Hurricane Eta.” 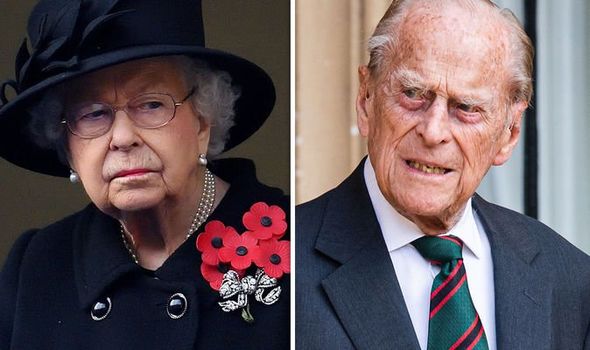 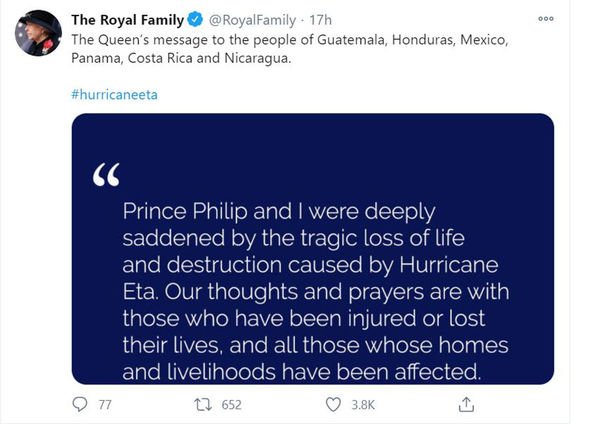 The message added: “Our thoughts and prayers are with those who have been injured or lost their lives, and all those whose homes and livelihoods have been affected.”

Where are the Queen and Philip?

Ahead of a second nationwide lockdown coming into effect last week the Queen and Prince Philip travelled from Sandringham to Windsor Castle together.

While the Queen had returned to work at Windsor Castle following her summer break she had been visiting her husband at Wood Farm the weekend before lockdown and the decision was made for them to return to Windsor together. 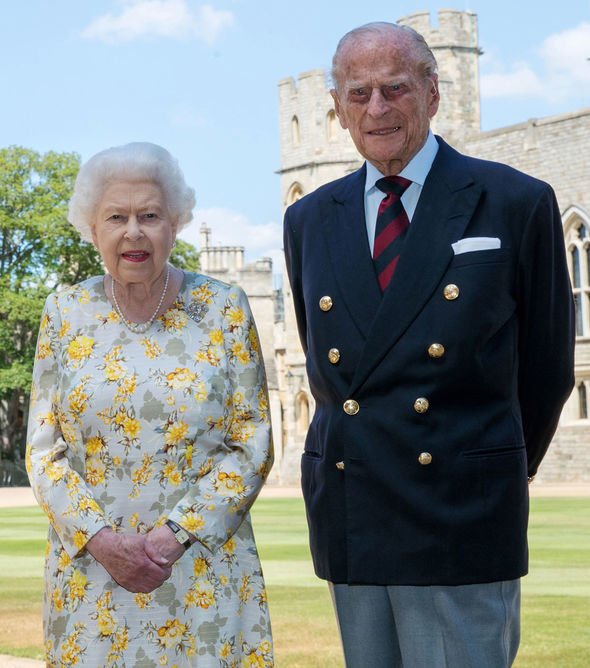 The couple spent the first lockdown at Windsor Castle and will remain there throughout the second lockdown too.

On Sunday, the Queen made a rare trip to London to mark Remembrance Sunday.

The annual service at the Cenotaph was dramatically scaled back this year due to COVID-19.

Despite being closed to the public, the poignant ceremony was attended by senior royals including Prince Charles, Camilla Duchess of Cornwall, Prince William and Kate, Duchess of Cambridge.

Prince Harry and Meghan Markle marked their first Remembrance Day as non-senior royals in the USA.

The couple paid their respects by making a private visit to a cemetery in Los Angeles where Harry was photographed laying a wreath at the graves of two Commonwealth soldiers.

Where will the Queen and Prince Philip spend Christmas?

The Queen and Philip traditionally spend Christmas at Sandringham House where they welcome extended Royal Family members from Christmas Eve to Boxing Day. 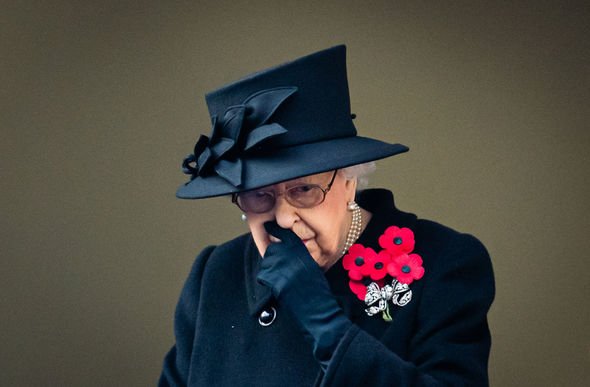 However, this year there is a chance the pandemic will put an end to their usual plans.

According to reports, there is a chance the couple could stay put at Windsor for Christmas where they have an effective team of staff already in place.

Christmas at Sandringham is not the only festive royal tradition at risk.

Usually, the Queen hosts a pre-Christmas lunch at Buckingham Palace the week before December 25.

However, given the coronavirus pandemic, this also seems unlikely to go ahead this year.