Home » Europe » ‘Put it into words!’ Meghan and Harry cautioned over ‘public credibility’ after UN address

‘Put it into words!’ Meghan and Harry cautioned over ‘public credibility’ after UN address

The Duke and Duchess of Sussex travelled to New York earlier this week, with Prince Harry taking the stage to address the United Nations. He delivered a keynote speech to mark Nelson Mandela Day.

Harry, 37, used his address to call out political leaders for slow progress on tackling climate change.

However, the couple came under fire after analysis showed their trip from the UK to their California home after June’s Platinum Jubilee celebrations emitted ten times more carbon than if the couple had returned via a commercial flight.

He told the U.N. General Assembly: “As we sit here today, our world is on fire, again.

“And these historic weather events are no longer historic. 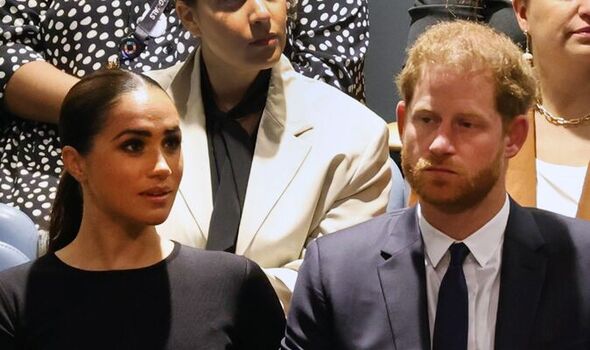 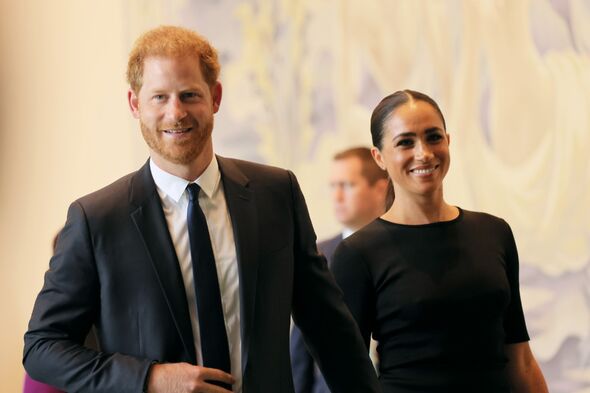 “More and more, they are part of our daily lives, and this crisis will only grow worse, unless our leaders lead.”

But even with the rhetoric promoting awareness of environmental destruction, the Duke and Duchess “are not seen to be working on solutions” to the causes they champion, a royal expert has told Express.co.uk.

Professor Pauline MacLaran of Royal Holloway, University of London, raised the possibility that Meghan and Harry appear “hypocritical” to those they appeal to, despite Harry’s “moving speech”.

The Duke and Duchess of Sussex have a “visual opulence” that “clashes” with their message, she added. 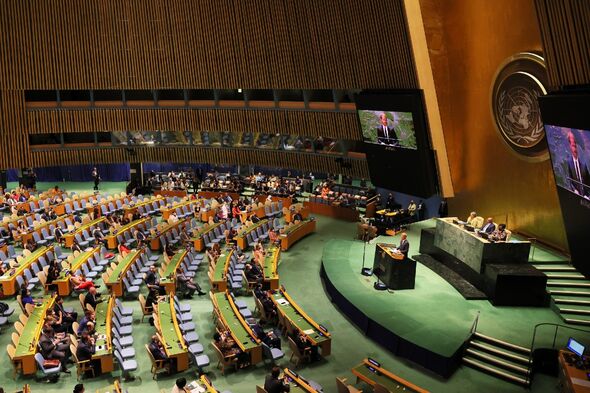 The co-author of “Royal Fever” said: “[Harry’s] speech was certainly moving but the problem I see with both Meghan and Harry is that they are not seen to be working for solutions to the issues they foreground i.e. poverty and environmental destruction.

“Indeed, many think they are hypocritical to be travelling frequently in private jets and sporting high-end fashion brands such as Mulberry, Manolo Blahnik, Givenchy and Cartier.

“The visual opulence of this couple seems to clash somewhat with their messages.

“For example, it would have been appropriate for Meghan to foreground sustainable fashion brands in her choice of clothing for the UN. 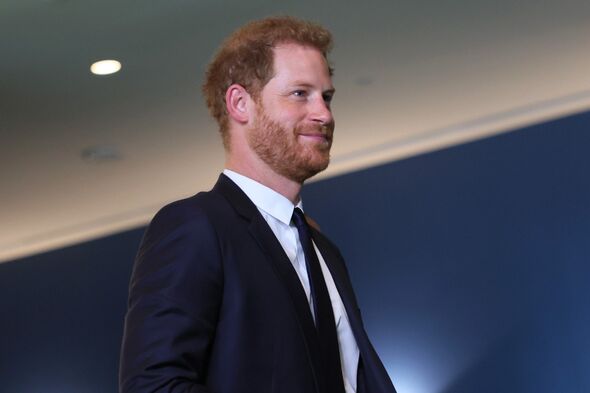 “Changing her behaviours in this respect could influence many to do likewise and that would be a very positive thing for the planet.”

The Duke and Duchess criticised unsustainable fashion practices back in 2018, during a royal trip to Melbourne, Australia.

Prince Harry told volunteers cleaning plastics from a beach near the city: “Microplastics are a real problem, especially the microplastics from fast fashion. Did you know that’s one of the biggest culprits?”

Professor MacLaran continued: “As a couple, they need to be seen to put their words of wisdom into actions more frequently if they are to retain any public credibility.”

He also referenced the “rolling back of constitutional rights” in the US in a reference to the recent Supreme Court overturning of Roe v. Wade.

He told the assembly: “And from the horrific war in Ukraine to the rolling back of constitutional rights here in the United States, we are witnessing a global assault on democracy and freedom, the cause of Mandela’s life.”

He then described his personal attachment to the continent of Africa, calling it a place of “solace” for him.

He recounted the time he spent in Africa following the death of his mother, Princess Diana, and its new associations as a place that brought him and his “soulmate” together.

He said: “Since I first visited Africa at 13 years old, I’ve always found hope on the continent. In fact, for most of my life, it has been my lifeline, a place where I have found peace and healing time and time again.

“It’s where I’ve felt closest to my mother and sought solace after she died, and where I knew I had found a soulmate in my wife.”