Hospitality businesses in coronavirus hotspots face tougher lockdown measures after studies showed they are sites of “significant” transmission. Downing Street is concerned about rising cases in the North-east and the North-west. Forcing pubs and restaurants to close temporarily is one idea that could be imposed next week, leading to fears of a wave of job cuts and firms folding.

Sources in No 10 indicated it will throw a lifeline to venues hit by more severe restrictions and insisted “any decisions we take will not be made lightly”. Mr Sunak is said to have made it clear he is ready to act with pace and scale and to provide support where it is needed.

Infection rates are soaring in parts of the North, including major cities such as Manchester, Liverpool and Newcastle.

Leaked Government documents show three tiers of restrictions may be announced on Monday, coming into force on Wednesday. But the papers suggested that while levels one and two have been signed off, ministers are still debating the details of level three.

Plans for tougher restrictions to halt the virus caused a backlash from regional leaders.

Labour’s Andy Burnham, Greater Manchester mayor, said there had not been any discussion, with millions of lives “affected by Whitehall diktat”, and claimed it is “impossible to deal with this Government”. 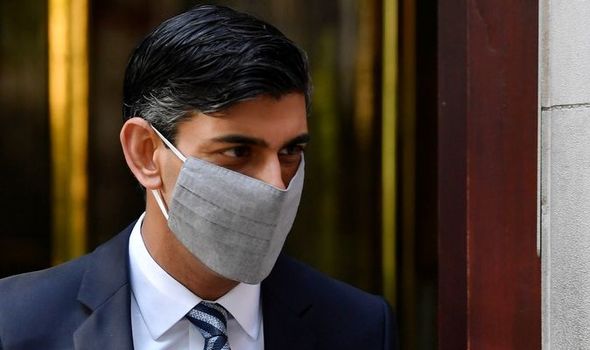 Tory former minister Jake Berry, who was a close ally of Boris Johnson, accused the Prime Minister of being “London-centric” and enjoying using emergency powers “a little bit too much”.

But the PM’s spokesman said the Government is taking tough action to stop the NHS being swamped by a second wave: “We are seeing coronavirus cases rise across the entire country but they are rising faster in the North-east and the North-west. We are keeping the data under close review and we are considering a range of options to reduce the spread of the virus.”

He said research indicates pubs and restaurants are problem areas but the figures cannot yet be published. “Early data does suggest that a significant proportion of exposure to the virus is seen in the hospitality sector. That is even more pronounced in younger age groups where we have been seeing the most rapid rise in infections,” he said.

“We will continue to gather evidence and review it.” 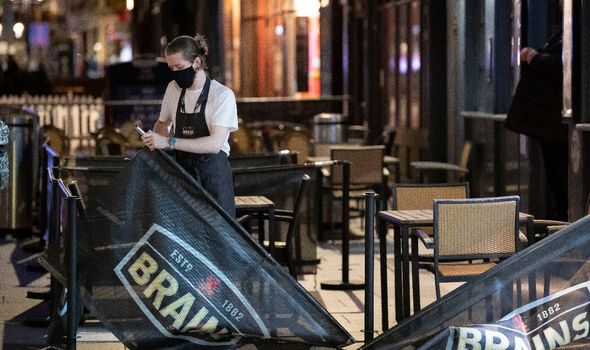 Communities Secretary Robert Jenrick said cases in the North and Midlands are “rising fast and that is a serious situation”.

He said he is working with the Chancellor to consider fresh support for the hospitality sector as firms could be put in a “really difficult, intolerable position”.

“The longer you stay in pubs and restaurants, the more likely you are to come into contact with other individuals. The more drinks that people have, the more likely that some people are to break the rules. There is evidence guided by the Chief Medical Officer and the Chief Scientific Officer.

“It is right that we take action decisively, rather than waiting for the most detailed epidemiological evidence to emerge.”

MPs vote next week on the 10pm curfew on pubs and restaurants. Mr Johnson is facing a revolt on the Tory backbenches after claims the limit hurts firms but has little impact on the virus. Labour leader Sir Keir Starmer criticised the rule but said his party will not oppose the curfew.

“There is growing concern about the 10pm curfew and lots of examples of everybody coming out of venues at the same time,” he added.

“We need this reformed but there is a smarter way. In Wales they have got a different set-up which is working much, much better. The problem with the vote next week is it’s an updown, take-it-or-leave-it vote. If you vote down the current arrangements there won’t be any restrictions. That’s not what we want.”