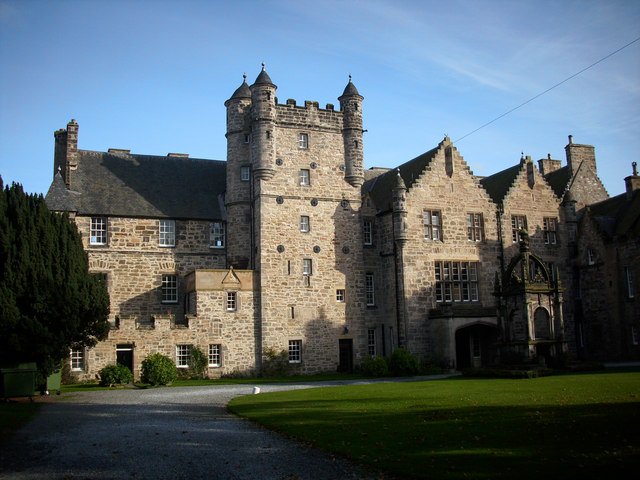 Scotland’s oldest boarding school has apologised for exposing children to danger after giving a good job reference to a teacher who abused pupils.

Loretto School in Musselburgh, East Lothian, provided a positive reference for French teacher Guy Ray-Hills in the late 1960s as well as publishing a ‘gushing memorial’ article celebrating him in the school magazine.

Ray-Hills was a serial sexual abuser of multiple boys in the 1950s and 1960s and ‘headmasters that chaired his tenure could only have been aware of what was going on’, the Scottish Child Abuse Inquiry heard on Thursday.

Angela Grahame QC, for Loretto, apologised for its ‘serious failure’ in giving him a reference in 1968, which ‘put other children in danger’.

She said: ‘Whispers may have been heard but were often overlooked, there was a lamentable lack of curiosity.

‘One boy reported the abuse to his mother but there is no evidence of an investigation or a police investigation.

‘By failing to address the problems, the school did nothing to encourage further disclosures

‘There is no evidence support was provided for the children and no evidence of communication with parents.’

The QC said references should not have been provided and ‘certainly not one that failed to mention serious child protection issues’.

‘This put other children in danger and was wrong,’ she said.

Loretto is one of seven prestigious private schools being examined by the Scottish Child Abuse inquiry.

Scottish film director Don Boyd told the hearing earlier this month that he was raped by Ray-Hills, comparing his predatory ability to charm and manipulate to Hollywood mogul and sex criminal Harvey Weinstein.

He first revealed what happened in a piece for the Observer in 2001.

The school told him that 35 other pupils subsequently came forward to say that they had also been abused. Three made criminal complaints but the case did not go to court because of Ray-Hills’ age and he died of ill-health a short while later.

Ms Grahame said Loretto has ‘changed beyond all recognition’ and is now a ‘wonderful place’ where ‘children are listened to and treated with respect’.

She said: ‘Loretto will never stop learning lessons. It continues to acknowledge the abuse and bullying that children suffered in school.

‘Those who have suffered life-long trauma cannot be ignored.’

Meanwhile, Lady Smith, chairing the inquiry, said she will reluctantly delay publishing her findings relating to schools linked to the English Benedictine Congregation.

These include Carlekemp in North Berwick and Fort Augustus Abbey in the Highlands.

She said: ‘I do want to stress that these circumstances have not been created by the inquiry’.

The inquiry has previously heard pupils at schools linked to the religious order were ‘robbed of their childhoods’ due to physical and sexual abuse under ‘brutal regimes involving excessive punishment’.

Loretto School, founded in 1827 and set in 85 acres of leafy and spacious rural grounds six miles outside Edinburgh, currently charges boarding fees per term of between £7,750 and £11,900.

Separately Morrison’s Academy – the former school of film star Ewan McGregor – apologised to ex-pupils who had been physically and emotionally abused between the 1950s and 1990s.

Its lawyer Duncan Hamilton said the school, in Crieff, Perthshire, is now ‘far removed from the school described in evidence’.

He added: ‘It has at its core a commitment to child safety. The school of 2021 is unrecognisable from the school of the 1950s.’

The inquiry is due to resume later this year after it moves to new premises in central Edinburgh.