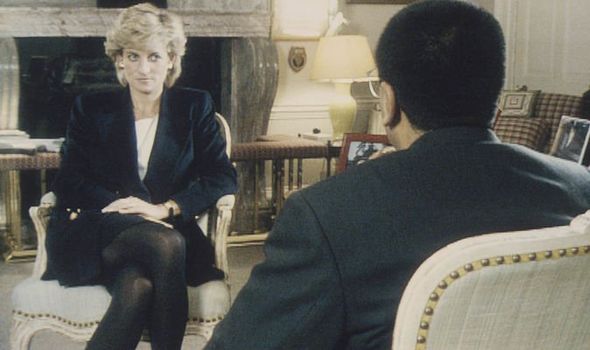 The former TV boss said he could not believe that BBC director-general Tim Davie would not want to get to the bottom of new allegations made by Diana’s brother, Earl Spencer, that he was shown false financial documents by then-Panorama reporter Martin Bashir to gain access to her. Mr Purvis, who worked on documentaries with the Prince and Princess of Wales, told Radio 4’s Today programme: “She said one thing which struck me as really odd at the time, which was ‘What I’d really like to do, I’d like to appear on Panorama’.

“And I thought ‘Gosh, what an unusual thing for her to say’. So, when I heard a decade later that she’d finally appeared on Panorama, I suppose in a sense it was a mission accomplished.”

In the weeks before the programme, the earl was approached by Mr Bashir and, in what are believed to be new details, Charles Spencer now claims he was shown “false bank statements” that related to alleged payments made to two members of the royal household by the security services.

Allegations that other false financial documents relating to a former employee of the earl were produced were examined by an internal BBC investigation in the 1996, as it tried to determine whether or not the princess had been misled – with a key piece of evidence, a note, suggesting she had not.

Mr Bashir, now the BBC’s religion editor, is seriously ill with Covid-related complications and is not in a position to respond to the earl’s allegations, the BBC has said.

Mr Purvis said: “The original allegation about the bank statement affecting a member of [Earl] Spencer’s … staff is dwarfed in significance by these new allegations.

“And I can’t believe the BBC would not, certainly the new director-general of the BBC, would not want to get to the bottom of that one way or the other, and discover if that’s true.

“And if [Earl] Spencer has waited 25 years to make this allegation then I think the BBC is perfectly entitled to say ‘Really, you should have mentioned this before’. If, on the other hand, they did not make their inquiry robust enough to allow him to make that allegation, then I think that does reflect poorly on the BBC’s ability to investigate itself.”

In a series of tweets posted earlier this week, Earl Spencer said the corporation was “incapable of honestly facing up to the ugly truth of this matter”.

The BBC has said it will investigate the earl’s fresh allegations but he reportedly wants an independent inquiry and has turned down the corporation’s offer to examine his claims.

He said they are part of a dossier of new information surrounding the circumstances of Mr Bashir’s successful attempt to secure the interview with Diana.

Mr Purvis, a former editor-in-chief of ITN and chief executive, said he thought any investigation held by the BBC should have an independent element.

The earl also accused former BBC director-general Lord Hall, who led the 1996 internal inquiry into whether or not his sister had been misled, of excluding him from that process.

The corporation’s inquiry examined claims that Mr Bashir had used false financial documents, purporting to show a then-member of the earl’s staff was leaking stories, as a way of persuading the princess to talk.

The BBC maintains there is a written note from Diana – although it no longer has a copy – attesting that she had not seen the false bank statements for her brother’s then-employee, and they played no part in her decision to give the interview.

The corporation has previously said in a statement that Mr Bashir admitted commissioning the mocked-up bank documents and it is understood the journalist was found to have “done wrong” at the end of the process, but it is not known what sanction, if any, he faced.

There is no suggestion that any of the individuals who were the subject of any of the financial documents were involved in any wrongdoing.

In an earlier statement, a BBC spokeswoman highlighted an apology the earl has received from its director-general over the mocked-up documents relating to his former employee.

She said: “The BBC has apologised. We are happy to repeat that apology. And while this was a quarter of a century ago, we absolutely will investigate, robustly and fairly, substantive new information.

“We have asked Earl Spencer to share further information with the BBC.

“Unfortunately, we are hampered at the moment by the simple fact that we are unable to discuss any of this with Martin Bashir, as he is seriously unwell.

“When he is well, we will of course hold an investigation into these new issues.”

Meghan Markle miscarriage: The 9 quotes from Duchess of Sussex that will break your heart

Harry Dunn trial: Mum vows ‘we will fight on’ after losing immunity battle over killer