Princess Charlotte looks grown up in hat for Queen’s funeral 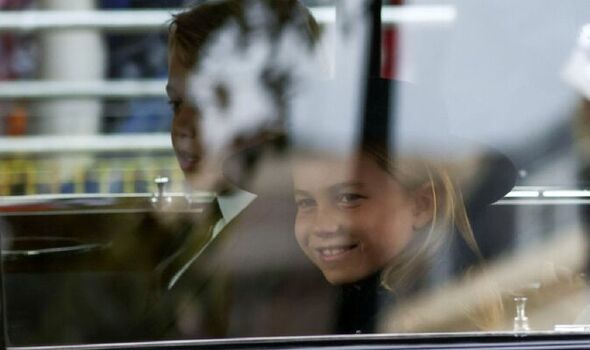 Princess Charlotte has been pictured alongside her father Prince William as she makes her way to her grandmother’s funeral. George and Charlotte’s appearance at the funeral of the Queen came just hours after it was reported the presence of the third-in-line to the throne at the service was “under discussion”.

Senior palace advisers reportedly asked Kate and Prince William to consider bringing along their eldest son to the state funeral of the Queen, suggesting the sight of George could be beneficial for the public.

One insider told the Mail on Sunday: “Courtiers are keen for Prince George to be at the funeral in some capacity, if only to reassure the nation of the order of succession.”

Another palace source said: “It’s currently under discussion. No decision has been made yet.”

None of the children of Kate and William had been seen in public prior to today following the death of the Queen.

During the past few days, Prince George, Princess Charlotte and Prince Louis faced several major events in their lives.

As they are dealing with the death of the late sovereign, which they used to call “Gan Gan”, the children also recently relocated with their family to a new home in Windsor, Adelaide Cottage.