Princess Charlene at the Monte-Carlo TV Festival in June

Princess Charlene of Monaco suffered from an ear, throat, and nose infection that meant she had to stay in South Africa after visiting. The couple visited the San Damaso courtyard today for a private audience with Pope Francis at the Vatican.

The Princess, 44, was seen in an all-black custom Terrence Bray boat dress with a lace veil.

Charlene is slowly readjusting to royal duties after returning to Monaco after spending time in a treatment centre for “exhaustion”.

She remained out of the public eye for the last 18 months. 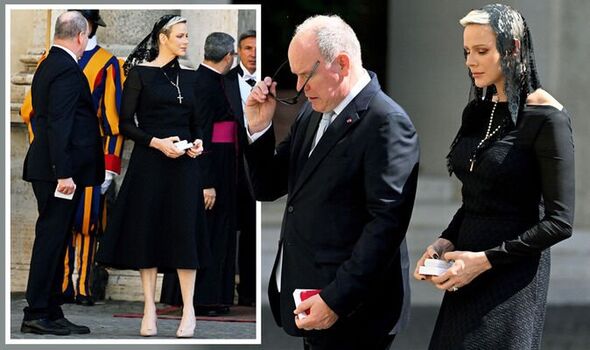 She returned to Monaco in November but was not there for long before heading to a Swiss treatment facility.

Prince Albert II said she was “exhausted” but the nature of her condition was never fully revealed.

The Royal Palace announced her return in March but has kept out of the public eye, only making a handful of public appearances alongside her husband and children.

The mother-of-two was seen making a vist to Norway and attending the F1. 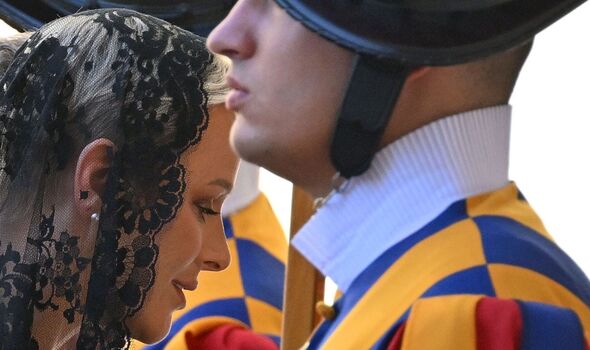 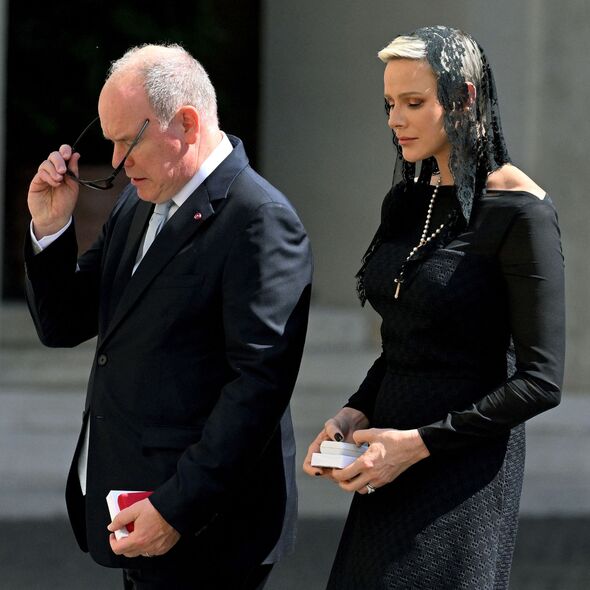 On July 7 the Princess was seen at her first outing alone as she attended a maternity ward at the Princess Grace Hospital Center to meet new parents and their babies – the same ward she gave birth to her two children Princess Gabriella and Prince Jacques.

Royals fans on Twitter were pleased to see the princess, who is married to the principality’s Sovereign Prince Albert II, back in public.

Flavia G Pantoja tweeted: “Glad to see her back at work and looking healthy!

Marike posted: “So great to see Princess Charlene back. She is looking beautiful!” 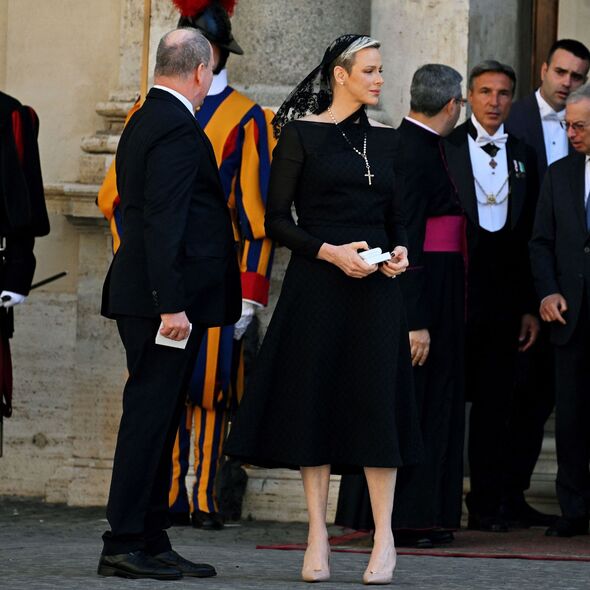 Princess Charlene was hit with more health concerns after contracting Covid just days after returning to the public eye.

While suffering from a sinus infection in South Africa, the Princess collapsed in public and was forced to remain in the country.

Albert confirmed his wife had been admitted to the Swiss clinic after an intervention-style family meeting.

He said: “She wanted this. She already knew the best thing to do was to go and have a rest and have a real medically framed treatment.”