Prince William speaks of his affection for Scotland in speech

Prince William’s week-long visit to Scotland is part of a wider campaign against Scottish independence. The Duke of Cambridge’s spoke at the General Assembly of the Church of Scotland on Saturday, where he noted the “special place” Scotland has in his heart. Political analysts told Euronews that the speech was part of plans backed by Downing Street to persuade Scotland to resist nationalist demands.

The speech, which remarked on William’s deep connection with Scotland, came amid growing calls for a referendum on Scottish independence from the SNP.

William said: “Scotland is incredibly important to me and will always have a special place in my heart.

“I’ve been coming to Scotland since I was a small boy.

“As I grew up I saw how my grandmother relishes every minute she spends here and my father is never happier than in walking among the hills.”

JUST IN: Meghan and Prince Harry warned ‘fairytale is wearing thin’ in America 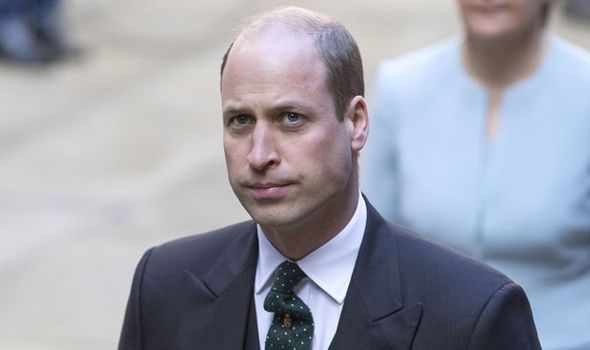 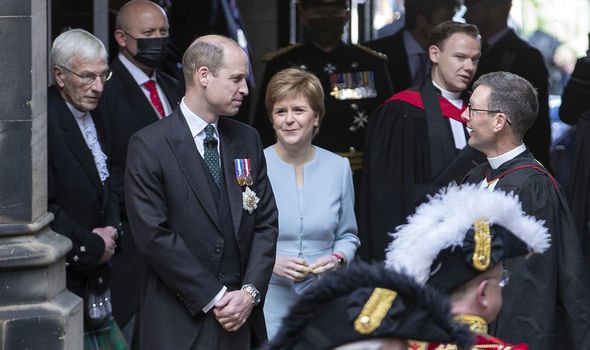 Euronews noted: “Royal trips are usually planned long in advance so this week-long visit by the Duke and Duchess of Cambridge is being seen as part of a campaign known as ‘Operation Save the Union’.”

Prince William also spoke about how Scotland was associated with some of his deepest emotions,

He said: “In short, Scotland is the source of some of my happiest memories but also my saddest.

“I was in Balmoral when I was told that my mother had died.

Royal biographer says he ‘disagrees’ with William and Harry 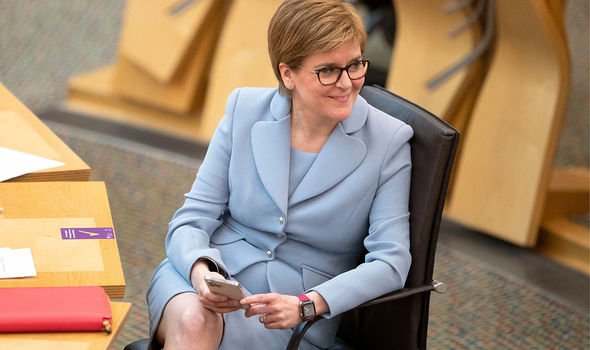 “It was also here in Scotland 20 years ago this year that I first met Catherine. Needless to say, the town where you meet your future wife holds a very special place in your heart.”

In the wake of the SNP’s victory at the local elections earlier this month, winning its fourth straight parliamentary election, Nicola Sturgeon insists a second independence referendum is “a matter of when, not if”.

However, Prime Minister Boris Johnson has repeatedly rejected these demands, prompting concern the battle could go to the UK Supreme Court.

This echoes similar remarks from another royal commentator, who has claimed the Royal Family are being used to strengthen ties with Scotland amid independence referendum fears.

Putin wants Britons ‘to get used to’ Russian submarines [VIDEO]
Harry ‘might be overstaying his welcome’ amid outrage in US [INSIGHT]
Eurovision POLL: Should the UK boycott the song contest? [POLL] 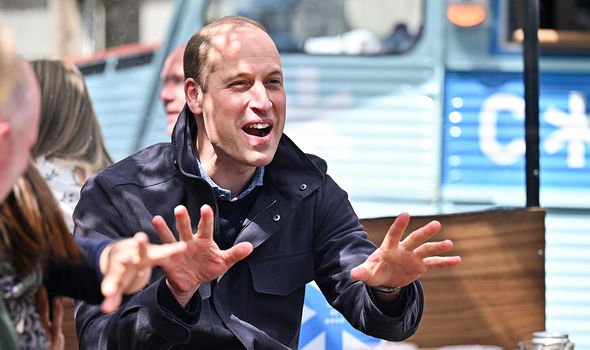 Royal commentator Richard Fitzwilliams told Express.co.uk that William’s visit is likely to be followed by one from the Queen during Holyrood Week.

The annual royal visit to Scotland generally takes place from the end of June to the beginning of July and this year could play a vital part in securing the Union’s future.

Mr Fitzwilliams said: “The trip by the Duke and Duchess of Cambridge to Scotland will reportedly be followed by a visit from the Queen during the traditional ‘Holyrood Week’.

“Given the unpredictability of its future in the Union, there will be every effort to use the Royal Family to strengthen ties with Scotland.”

According to Mr Fitzwilliams, the Queen is unlikely to lose her position as Scotland’s monarch even if the nation gained independence.

He added: “Prime Minister Boris Johnson is not popular there, but a majority support the monarchy.”

Mr Fitzwilliams also said that the Queen’s “call for people to think very carefully about the future before the 2014 referendum was widely interpreted as a call to keep it”.