Home » Europe » Prince Philip health: What plans are in place for the Queen’s husband when he dies?

Prince Philip health: What plans are in place for the Queen’s husband when he dies?

Prince Philip, 99, is being treated for an infection as well as some testing and observation for a pre-existing heart condition, Buckingham Palace said. The palace added he is responding to treatment and “remains comfortable”. He is expected to remain in hospital until at least the end of the week.

The Queen’s husband, who turns 100 in June, spent 13 nights at King Edward VII’s hospital in London on 16 February as a precaution, after feeling unwell.

Officials have not given details of the Duke’s initial admission, but have confirmed it wasn’t related to COVID-19.

While there is no cause of unnecessary concern for the Duke, it is understandable the pragmatic Philip will want plans to be in place for when he dies.

Below are the details we know are in place by the Palace and how you can expect to receive the news. 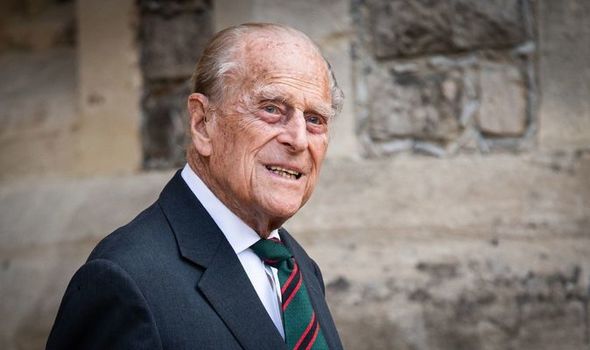 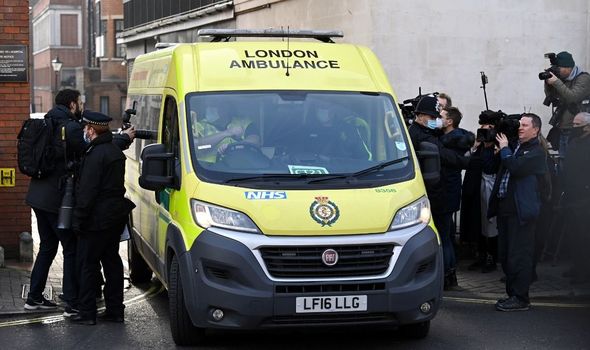 The palace will inform the BBC who will break the news first.

If he should die overnight, the official announcement will come the next morning at 8am.

Flags all across the country will be flown at half-mast and the Prime Minister will decide which sporting and business events should be suspended on the day. 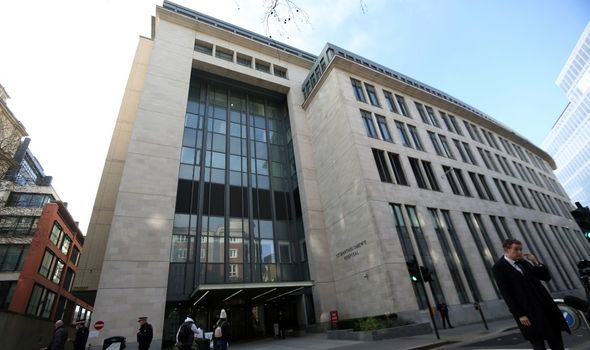 Usually, when a royal or important public figure dies, there is a lying-in-state at Westminster Hall, where the public can come and pay respects to the coffin.

Lying-in-state in the UK is given to the Sovereign, as Head of State, the current or past Queen Consort and sometimes former Prime Ministers.

But, as is to be expected from the no-nonsense Prince, it is thought he will go for a quieter, more private affair.

It is thought the Duke’s body will lie at St James’s Palace while funeral preparations are made.

This is the same venue where Princess Diana lay for seven days before her funeral in 1997.

The public is not expected to be able to view the body.

DON’T MISS:
Meghan Markle and Harry’s Oprah interview ‘a mess for everybody’ [INSIGHT]
Prince Harry admitted he ‘didn’t like being in England’ [INTERVIEW]
Princess Anne broke with royal tradition to ‘shelter’ Peter and Zara [INSIGHT]

Prince Philip is entitled to a full-blown state funeral, including a gun carriage drawn by the Royal Navy and a military procession.

But the private Prince has said he doesn’t want a “fuss,” and it is likely we’ll see a pared-back ceremony, which could be further scaled down if the worst happens during the pandemic.

Prince Philip is said to have been closely involved in the preparations, which are being coordinated by the Lord Chamberlain’s Office at Buckingham Palace.

The service will be held at St George’s Chapel in Windsor Castle and will be a military-style funeral.

The guest list is likely to be only family, friends and heads of state from Commonwealth countries. 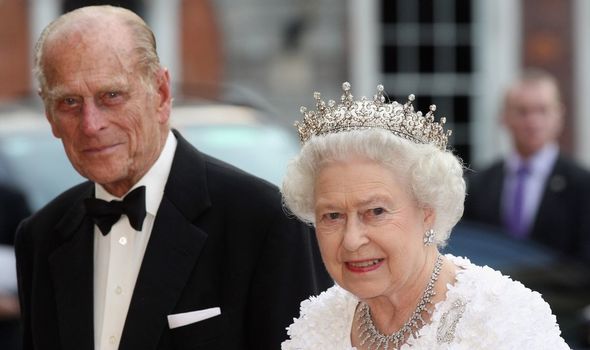 The Prince is not expected to be buried at Westminster Abbey or St George’s chapel, like most monarchs and their consorts.

He will instead be laid to rest in the private Frogmore Gardens, in the grounds of Windsor Castle.

The gardens are said to be special to the couple, and it’s where the Queen walks her corgis.

He won’t be alone – Queen Victoria and Prince Albert are also buried in the gardens.

The Queen, 93, will enter an immediate Royal Mourning period of eight days when her husband dies.

During this time, new bills will not be given Royal Assent to become law, and state affairs will be suspended as a mark of respect.

After the funeral, she will continue to mourn in private but will resume her duties behind closed doors.

The Royal Family will enter an official Royal Mourning period for 30 days, after which the Queen will return to public life.

The order in line for the throne remains: Prince Charles, Prince William, Prince George, Princess Charlotte, Prince Louis, and finally, Prince Harry, even though he has now removed himself from royal duties.

Not much will change for the monarchy or the order of succession while the Queen is alive and wearing the crown.

But we can expect the Queen to retreat considerably once her husband, whom she described on their 50th wedding anniversary as her “strength and stay,” is laid to rest.