Prince Harry’s tax returns ‘will likely come out’ ‒ ‘Could be embarrassing!’

The Duke of Sussex may be treated as a US person for tax purposes if he stays there for 183 days. It has been 152 days since it was first reported that Harry and Meghan Markle had moved to California, so the residency marker is fast approaching. If Harry’s earnings are subject to the US’ Internal Revenue Service (IRS) instead of the UK’s HM Revenue and Customs (HMRC), he may be under pressure to release his tax returns.

Mr Myers claims that, even if Harry does not release it, someone may be able to get hold of it and leak it, insisting that he believes it will “come out” either way.

He added that it could be “fairly embarrassing” for the Duke, particularly if he has made any corporate deals that may be looked on in an unfavourable light, or if Prince Charles continues to fund him past the promised 12 month period.

He also argued that the sheer cost of Meghan and Harry’s living expenses including security, mortgage payments on their new Montecito mansion, upkeep of the house, repayments for Frogmore Cottage, estimated at around £5million a year total, they will need to be earning huge amounts of money to cover all these costs, plus any travel or other expenditure. 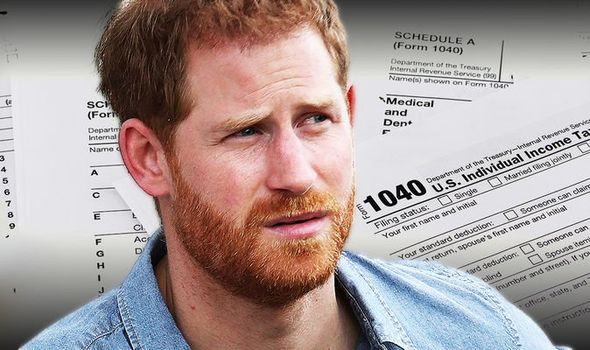 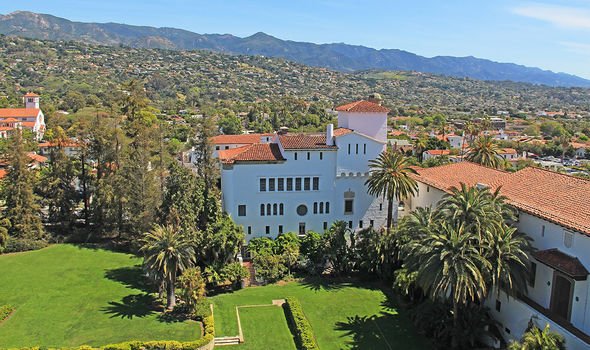 This means the couple may be forced to enter into corporate deals or partnerships that may not exactly reflect the image they want to portray.

If Harry’s tax returns are then exposed, these deals will be obvious for all to see, or indeed any source of income, for example, any continued payments from the Duchy of Cornwall.

Mr Myers said: “I think there are questions that are reasonably being asked about where they’re going to earn their money and what that means for their associations back in the UK.

“You spoke about the tax arrangements, well that is very interesting, because if they spend 183 days of the year in the US then all of their tax affairs will need to be going through the IRS in the States and that poses a particular problem for the Royal Family as well, because their tax affairs are very, very closely guarded.” 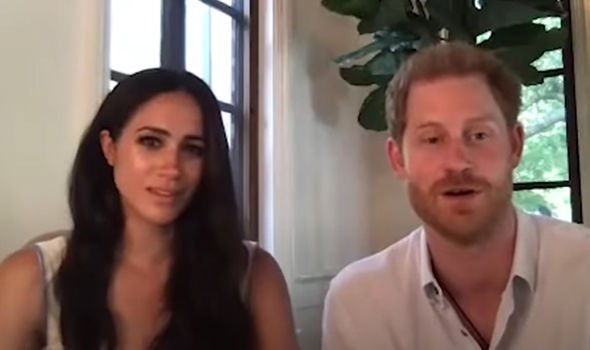 He added: “But if Harry is entering into these deals with who knows, JP Morgan, Goldman Sachs, Coca Cola, whatever, Ralph Lauren, and then he is subject to putting in a tax returns in the US, then there may be pressure for him to either reveal those tax returns, somebody might get hold of them, I imagine they will come out in some direction somewhere down the line.

“And that, again, could be fairly embarrassing if, for instance, Prince Charles is funding him over the 12-month period that was privately agreed.

“What does that mean? I could go on and on and on and I just think there is a level of nervousness that the Royal Family would have probably hoped would have gone away without the attention of, one, living in the States for tax affairs and, two, living in a huge mansion in Montecito.”

Mr Myers emphasised that, if they were released, it would be the first time a major royal had their tax returns analysed publicly. 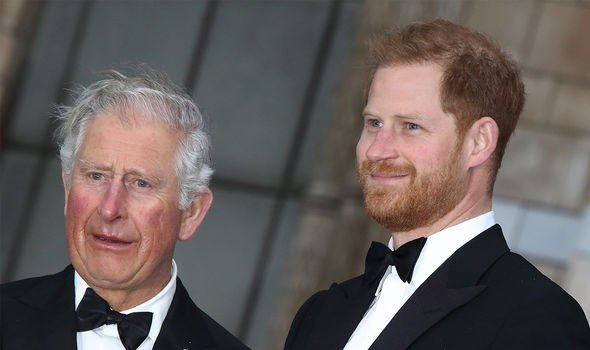 He explained how, in the UK, the tax affairs of the Royal Family are closely guarded.

Royal correspondents will sit down with the Palace once a year and certain information will be disclosed, mostly about what money is going to or from the Government, but much of the royal finances remain shrouded in mystery.

He said: “I mean, there’s certain issues where we sit down once a year with the Palace and we talk about the way the money has been distributed from the Sovereign Grant or how much Prince Charles is giving the Cambridges or the Sussexes.

“But we’re certainly not allowed to know about his Duchy money because that’s personal income.

“And the Queen’s tax affairs have always been closely guarded.

However, it is not quite as simple as saying that if Harry is in the US for 183 days, he will necessarily be taxed in the US on all income.

While residents of the US are taxed on their worldwide income, there are sometimes exemptions or tax credits for taxes paid on income sourced in other countries ‒ for example, the UK ‒ to avoid double taxation.

Tie breaker rules determine which of the two countries the individual should be taxed in for income sourced outside the country of residency.

That said, Harry would still be expected to fill out a tax return in the US.