Harry and William will undoubtedly be casting their minds back to their memories of their mother on August 31 this year, which marks 23 years since her tragic death. Diana died from injuries sustained in a car crash in Paris when Harry was just 12 and William was 15. In the dramatic aftermath, the brothers turned to support each other in their grief.

However, this year has been a particularly difficult one for Harry and William’s relationship due to the Duke of Sussex’s decision to leave the royal frontline and relocate to the US.

With their previously close connection now strained — and more details regarding their fallout emerging each month — it’s not known how the brothers will honour Diana this year.

Only last year, an insider confirmed that the brothers put their differences aside and spent the day “talking about the little things about Diana that made them laugh”, and the trips they would go on together.

The source also said the brothers usually “discuss Diana’s charity work” and plan how to continue her legacy.

Angela Levin’s 2018 book, ‘Harry: Conversations with the Prince’, reveals how the brothers’ closeness began due to their shared grief over Diana. 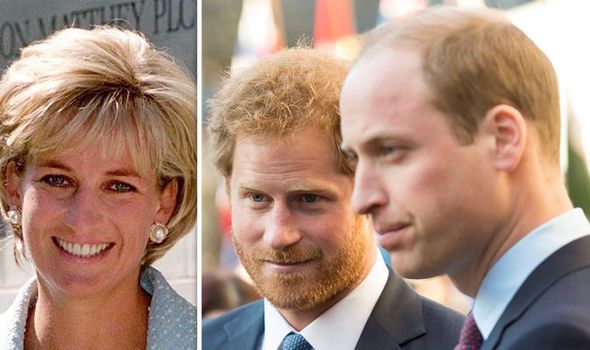 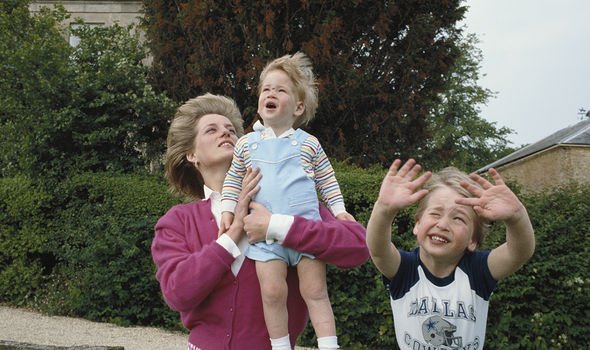 The biographer commented: “The physical warmth they originally learnt from their mother had not only become part of their brotherly relationship but was also steering them to a much more emotionally led approach to life.”

During an interview for his 21st birthday, Harry explained: “Every year we get closer and we’ve even resorted to hugging each other now after not seeing each other for long periods of time.

“He is the one person on this earth that I can actually talk to about anything and we understand each other.”

As Kate Middleton once admitted, the brothers were “amazingly close” prior to their alleged fallout.

Speaking in 2017 as part of their shared initiative Heads Together, she said: “I do think it’s incredible how strong [you both are] and how you’ve been able to cope really, and I put that down to your really early years and your childhood experience. 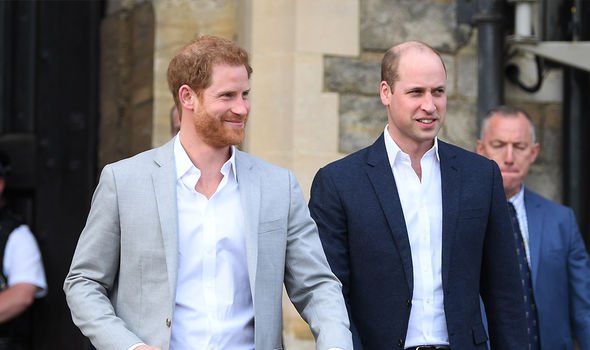 “But also the relationship that you’ve got…you’re amazingly close.”

William joked “most of the time” and the three laughed.

The Duke of Cambridge replied: “We have been brought closer together because of the circumstances…we are uniquely bonded because of what we’ve been through. But even Harry and I over the years have not talked enough about our mother.”

Harry responded: “Both of us have always been open to each other saying we’ve never really talked about it, about losing a mum at such a young age.”

He then looked straight to William and said: “You always said to me you have got to sit down and think about those memories.” 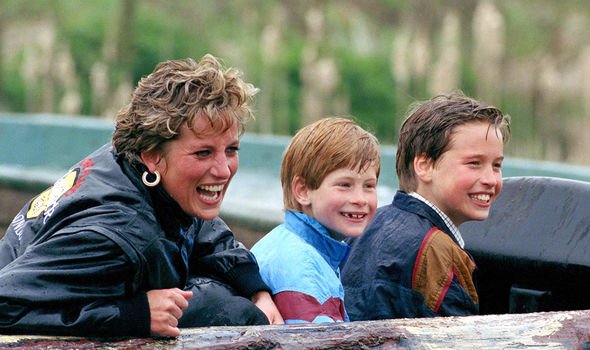 Harry has been open about his mental health struggles in the wake of his mother’s death.

He has said it took him years to fully realise his grief — and when his mood plummeted, it was William who helped him seek assistance and gradually process the emotional trauma of losing Diana.

Heartbreakingly, Harry later said William “was a huge support to me” during this time.

The royal told the biographer Ms Levin: “For me personally, my brother, you know, bless him, he was a huge support to me.

“[But] the timing wasn’t right. You need to feel it in yourself, you need to find the right person to talk to, as well.” 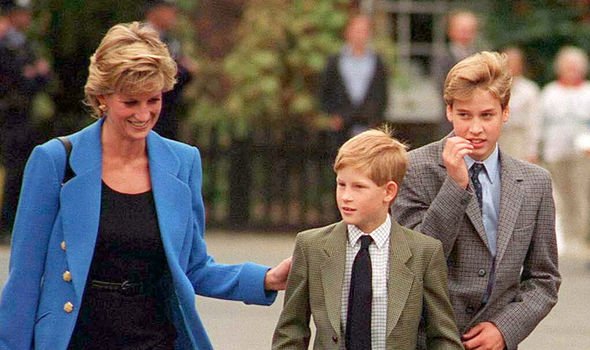 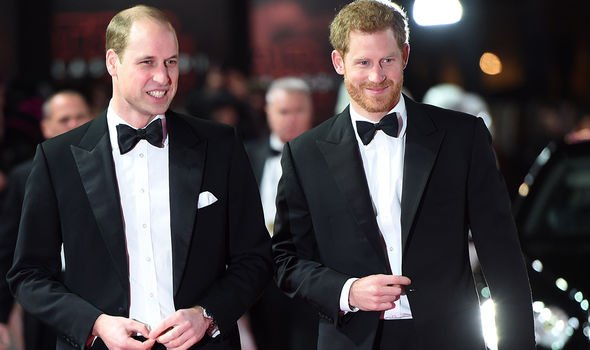 However, he was persuaded by his brother in time.

Harry explained: “I eventually pulled my head out of the sand, started listening to people and decided to use my role for good.”

The Duke of Cambridge had faced his own difficulties but had been able to lean on his long-term girlfriend and later wife Kate for help.

Ms Levin remarked: “It took a while for Harry to realise his brother would, in fact, be a good person to talk to.

“As time passed, he felt worse rather than better and eventually began to open a little about his problems.”

However, times have changed significantly since Harry spoke so warmly about his brother. 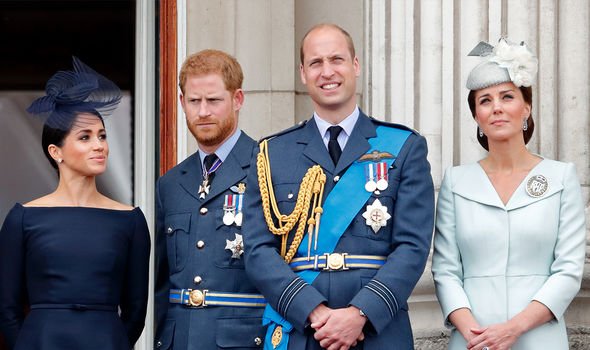 Harry, now 35, was reportedly frustrated at William’s approach to Meghan Markle when his young sibling introduced them.

Less than two years after he married Meghan, Harry had moved out of Kensington Palace, where William also lived, was looking to establish a separate court in Windsor, and had split from their shared charitable vehicle, the Royal Foundation.

He then made the stunning announcement that he and his wife were stepping down from their roles as senior royals back in January, and by March, he and his brother were allegedly barely on speaking terms.

Just before Harry’s split from the royal household, the pair agreed to divide the future proceeds given to Diana’s Memorial Fund which had previously gone into their Royal Foundation.

Now Harry’s half will go towards a charity of his choosing.

He, Meghan and Archie now live in Santa Barbara, California and are hoping to become financially independent of the monarchy.

William, on the other hand, is reportedly upping the preparations to take on his future role of Prince of Wales.

‘Harry: Conversations with the Prince’ by Angela Levin was published in 2018 by John Blake and is available here.