Much like the docu-series co-created and produced by Oprah and Harry, A Path Forward will be released on Apple TV+.

It is set to offer further insight from guests and their stories.

This special episode will come a week after Prince Harry bared his soul and spoke candidly about his mental health, his grief in the years after the death of Princess Diana and his family.

Prince Charles’s parenting in particular came under the fire of Prince Harry, who accused his dad of perpetrating the same cycle of pain he himself had experienced. 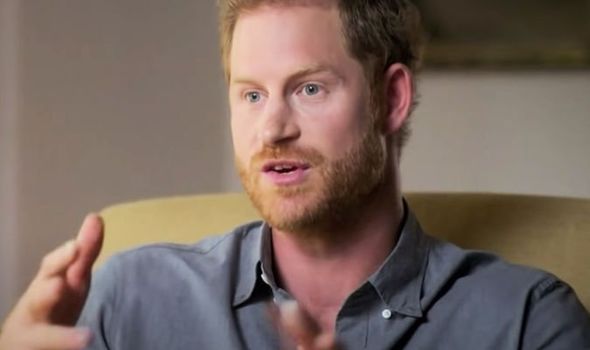 “That doesn’t make sense. Just because you suffered doesn’t mean that your kids have to suffer, in fact quite the opposite.

“If you suffered, do everything you can to make sure that whatever negative experiences you had, that you can make it right for your kids.”

The Duke of Sussex also unleashed his fury at the Firm, accusing members of the Royal Family of “total neglect” and lack of support when he asked for help.

He and Meghan Markle, he said during the docu-series, spent “four years trying to make it work”.

However, their requests for help in the wake of intense online abuse were “met with total silence, total neglect”.

He continued: “We did everything that we possibly could to stay there and carry on doing the role and doing the job.

“But Meghan was struggling.

“That feeling of being trapped within the family, there was no option to leave.

“Eventually when I made that decision for my family, I was still told, ‘You can’t do this’.

“And it’s like, ‘Well how bad does it have to get until I am allowed to do this?’

“She [Meghan] was going to end her life. It shouldn’t have to get to that.”