George, Charlotte and Louis are predicted to follow in their father Prince William’s footsteps, as they all share his love of the outdoors. George, seven, is third-in-line to the throne, while his five-year-old sister is one step behind him at fourth in the line of succession and their two-year-old brother Louis is fifth. Despite the immense responsibility they will carry on their shoulders, the royals’ heartwarming response to meeting Sir David Attenborough for the first time won over legions of royal watchers.

Back in September Sir David described meeting the three young royals, and said: “It was a very nice domestic occasion.”

He also said the three were “charming” and explained why he decided to give Kate and William’s eldest a fossil tooth from the giant shark, Carcharocles megalodon that he found on holiday in Malta, in the late Sixties.

Sir David explained: “When I was his age, I remember being given fossils by a grown-up so I thought I would do the same.

“[He asked] What it was, how big it was, and so on. He was certainly very interested. 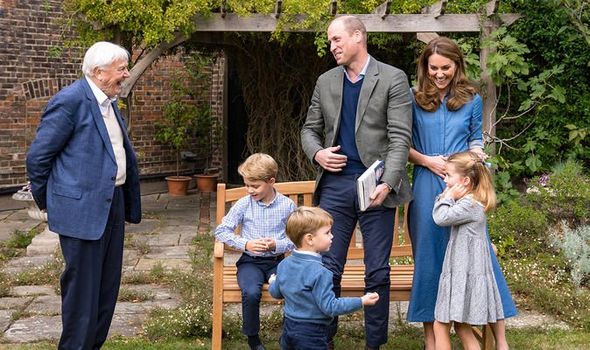 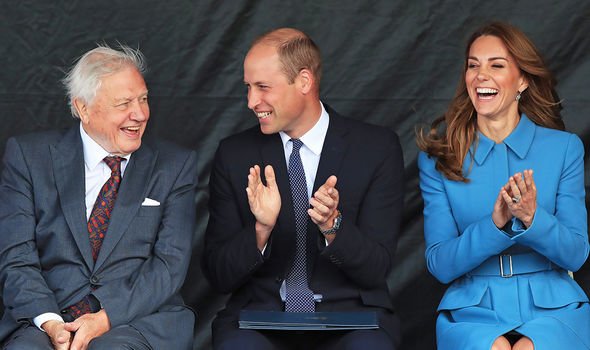 Their meeting was revealed on the Cambridges’ social media account, @kensingtonroyal, shortly after the release of Prince William’s documentary, ‘Prince William — A Planet for Us All’.

In the insightful ITV programme, Kate and William were filmed meeting up with Sir David for the royal ceremonial naming of the new polar research ship, the RRS Sir David Attenborough, in Merseyside. 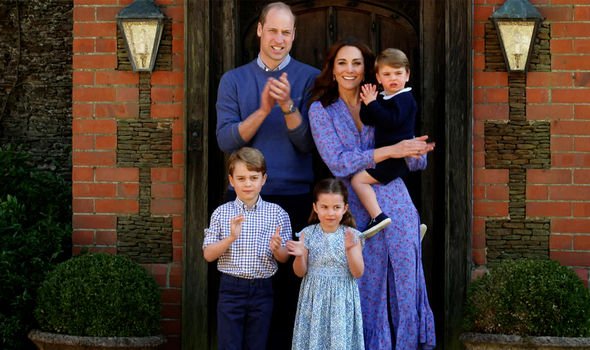 As they approached, the couple grinned at the 94-year-old environmentalist and William said: “Ah, there’s a recognised face.”

Kate then added: “The children were very upset that we were coming to see you and they weren’t coming.

“They’re massive fans of yours.”

William commented: “They watch all your programmes, David, honestly.” 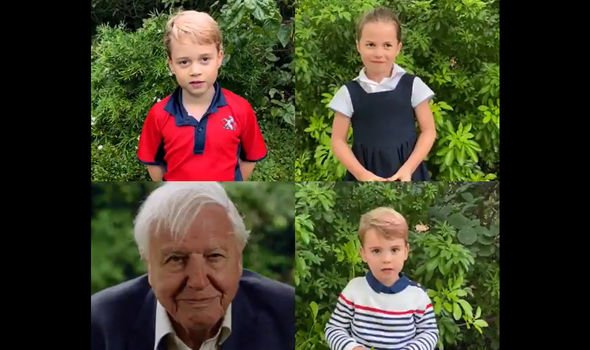 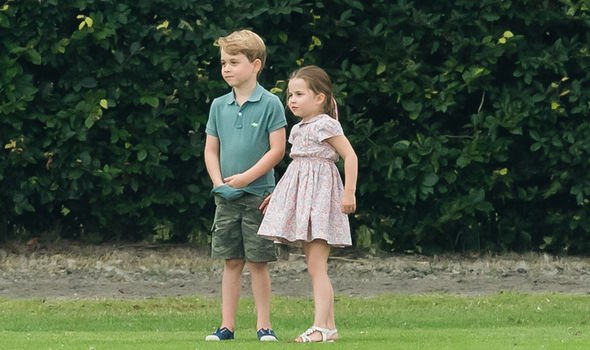 William went on to claim he had got the children into the African-based programmes, but noted they “loved” all his documentaries.

The documentary’s voiceover noted: “Sir David has had a great influence over Prince William’s family and is a personal mentor to him.”

Clearly, Sir David was then more than happy to meet the children after Kate dropped a couple of hints last year.

A photograph appeared on Instagram of Sir David with the whole Cambridge family in September, with Charlotte appearing particularly blown away by meeting her hero, with her hands clapped to her face. 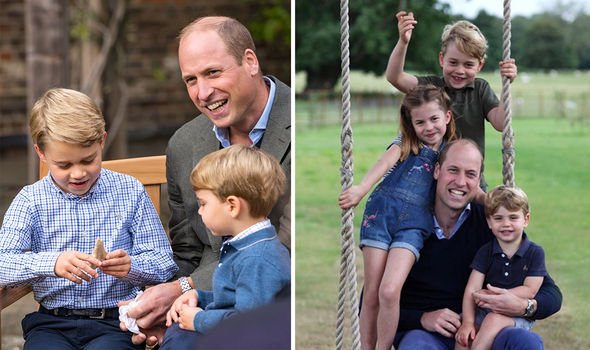 Then, to help drum up excitement surrounding the launch of William and Sir David’s groundbreaking Earthshot Prize — expected to become the Nobel Prize of environmentalism — the conservationist featured in a video with the three young royals.

They each sent him a question — virtually — and he recorded his own response back.

It was the first time Louis had been heard speaking in public when he asked the environmentalist what animal he likes best.

George also quizzed Sir David on what animal may become extinct next, while Charlotte asked confidently if he liked spiders, like she does.