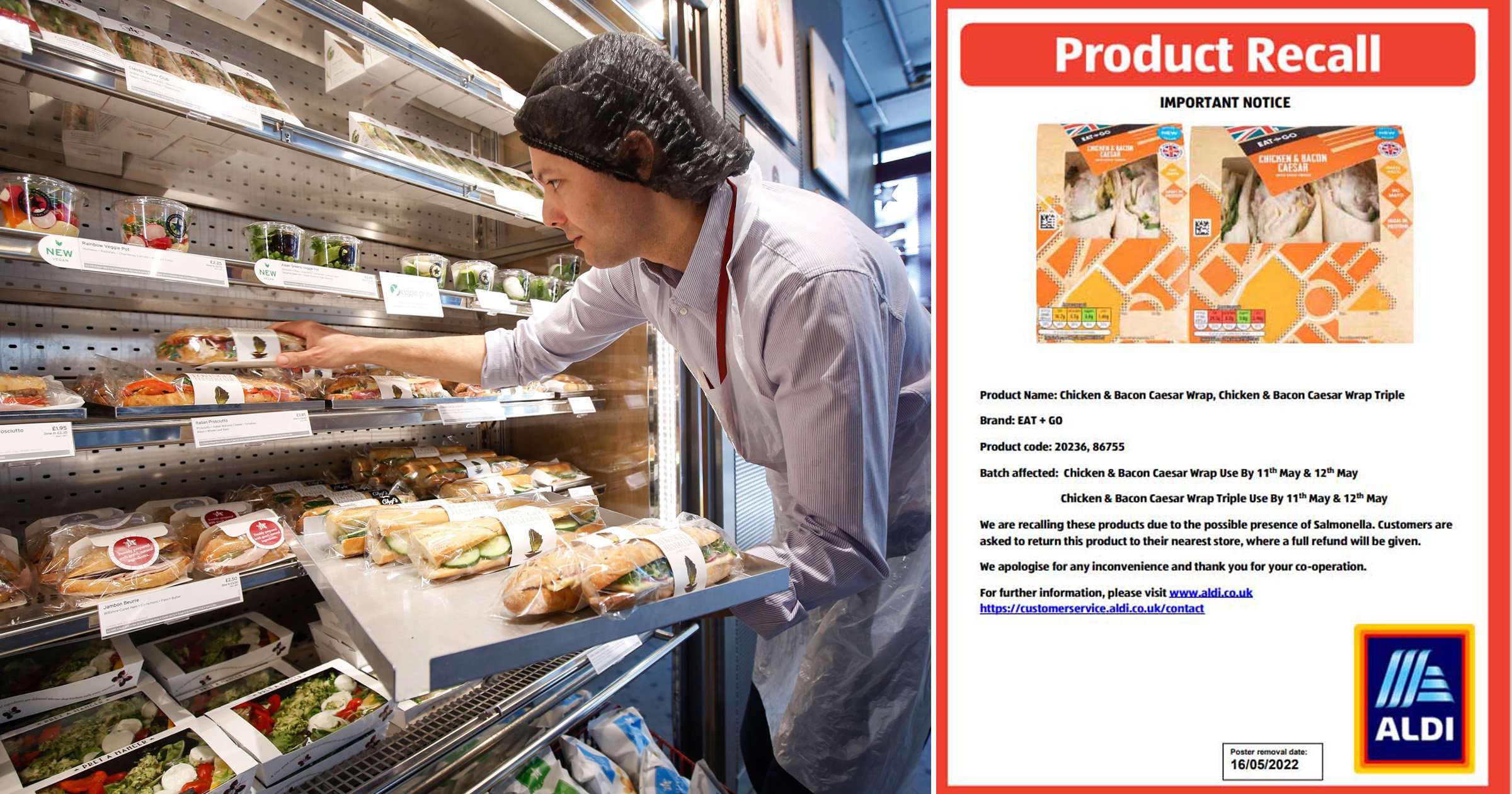 Pret A Manger has pulled all chicken from its menu amid salmonella scares at Aldi and Sainsbury’s.

The sandwich giant said it had taken out the items ‘due to a potential food safety risk at a supplier’, describing the move as a cautionary measure.

It came as the Food Standards Agency (FSA) recalled batches of Aldi’s Eat + Go Chicken & Bacon Caesar Wrap today, along with the triple version of the same product.

The recall took place in stores across England, Scotland and Wales because of ‘the possible presence of salmonella in these items’.

Recalled batches include any of the wraps with use-by dates of May 11 and May 12.

Anyone who has these items has been warned not to eat them and return them to the shops for a full refund instead.

Not long after the Aldi recall, Pret removed big sellers from its online menu, including the Chicken Caesar baguette. It also no longer advertises its new Sriracha Chicken Salad Wrap. 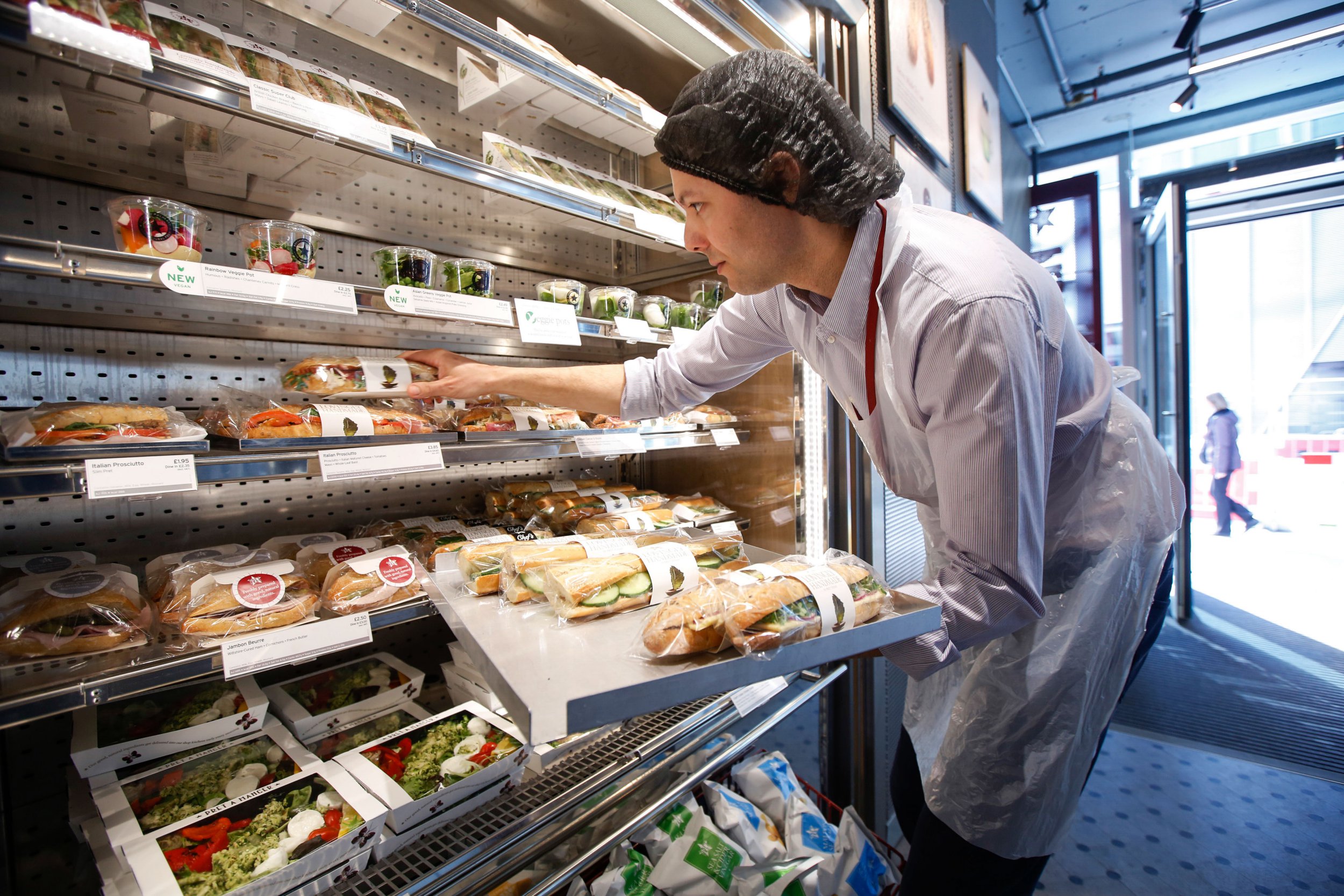 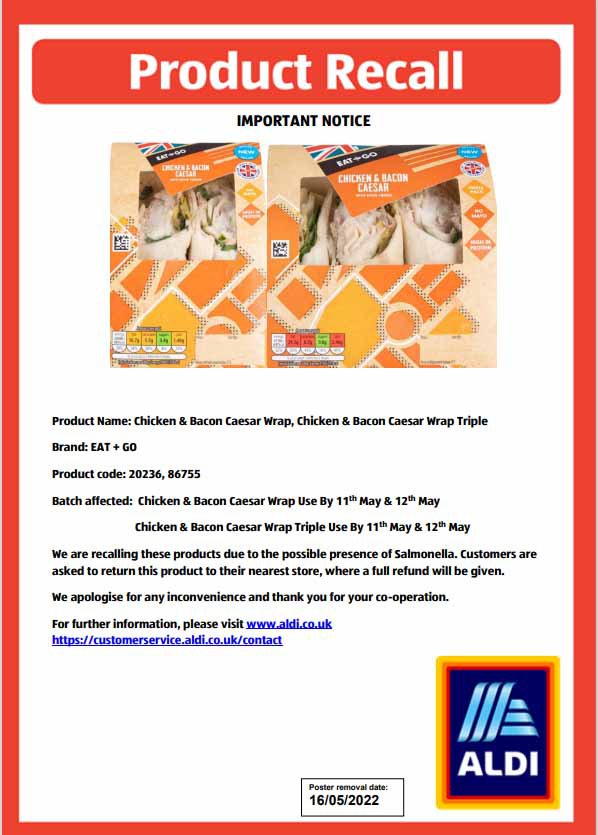 Pret told The Sun: ‘As a precautionary measure, we’ve temporarily removed the majority of chicken items on our menu due to a potential food safety risk at one of our suppliers.

‘We hope to have these products back in shops soon. We apologise for any inconvenience.’

Customers have reportedly claimed that several cooked chicken products at Sainsbury’s were also ‘blocked from sale’. Some said they saw staff members taking the items off of shelves.

‘This is a precautionary measure as our supplier has alerted us that salmonella has been detected in some batches of cooked chicken.’

It comes after a major FSA recall saw loads of Kinder Eggs pulled off the market as issues with safe supply caused a salmonella outbreak in the UK, Europe and the US.

A ‘Rapid Outbreak Assessment’ released by the European Food Safety Authority and the European Centre for Disease Prevention and Control said it had matched the same salmonella strain currently infecting people to samples taken from a factory in Belgium last December.

Belgian authorities ordered the chocolate factory, in the southeastern town of Arlon, to close at the beginning of April – following several cases of the disease in Europe and the United States.