Pregnant mum and unborn child die on way to hospital 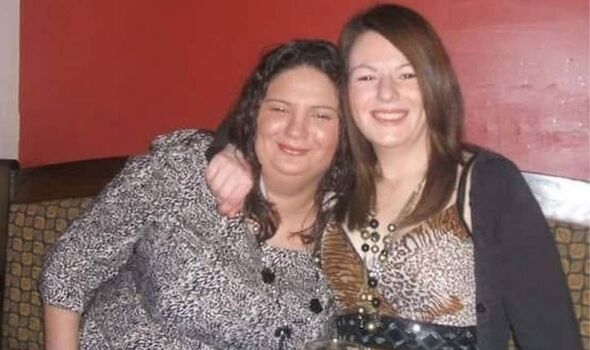 A heartbroken family has paid tribute to a “loving mum” who died suddenly on the way to hospital after struggling to sleep.

Diane Judge, who was seven months pregnant with her fourth child, died in the early hours of Wednesday, January 11 after suddenly falling ill.

The 41-year-old from Birkenhead had trouble sleeping so left her bedroom and went downstairs, reports the Liverpool Echo.

Diane’s partner Kevin Durrant, a steward at Tranmere Rovers FC, went to check on her – and found the mum had quickly fallen very ill. Kevin, 35, called an ambulance for his partner but by the time it arrived at Arrowe Park Hospital, Diane and her unborn child had died.

Diane and Kevin, who worked at Tranmere Rovers’ Prenton Park stadium as a matchday car park steward, had been together for nine years. They had three young children – Skyia Rose, five, Ethan James, four, and Emalia Rae, 15 months.

In a written statement provided to the Echo, Kevin paid tribute to Diane calling her an “amazing mum”. Kevin said: “I’m absolutely heartbroken. Diane was the love of my life, an amazing mum to our children and my best friend and I can’t believe she’s gone. There’s a massive hole in our lives and she’ll be missed forever.

“We were getting ready for the birth of our baby and so happy together. I keep hoping it’s a bad dream that I’ll wake up from.

“All of our money went towards our children. I’m only 35 and she was 41 and you don’t expect to have to plan for something like this at our age. I just don’t know how I’ll be able to pay for her funeral.”

She said: “Got the biggest shock of my life, all my family are deeply heartbroken my heart goes out to all Diane’s children and partner Kev. I will miss you forever and always.

“You were always the heart of the party and now you have gained your wings and resting with your son. I will always love you and admire your love and strength, you were so kind and caring and always thought of others before yourself.

“Rest in peace my shining star.”

The devastating news was broken by Nicola Palios, the vice chairwoman of Tranmere Rovers. Ms Palios wrote in a moving social media post that Kevin had suffered “the most appalling tragedy” when Diane died.

In a statement to The Echo, Ms Palios said: “It is absolutely tragic that Kevin is suddenly having to deal with the loss of both his partner and his baby, whilst being the sole carer for their three young children, all of whom are aged five or younger. I sincerely hope that together we can raise sufficient money to ensure that they do not have to worry about paying for a funeral on top of everything else.”

After Ms Palios’ announcement, associates of the club rallied around Kevin and his young family with messages of support. Charlie Still, the head groundsman at the League Two club, said: “Kevin is a great, kind man and a face I always look forward to seeing on matchday. Devastating news and my thoughts are with him and his family.”

Former manager Ronnie Moore commented: “What awful news. My thoughts are with Kevin and his children at this sad time.” Former colleague Chris Britton added: “I had been fortunate to work with Kev for years, genuinely great bloke – and this is a tragedy that you wish no one will ever have the misfortune to go through. My thoughts are with you and your family.”

A GoFundMe fundraiser has been created for Kevin and his young family. Created by Andy Doyle, an employee at Tranmere Rovers who also runs two supporters’ groups, donations will go towards “funeral costs and any family support”.

Ms Palios, who has already donated to the fundraiser, wrote: “An absolutely horrendous thing to happen to anyone. Our thoughts are with Kevin and his young family.”

You can donate to the fundraiser to support Kevin and his family here.