Sonja Marten, an analyst at DZ Bank, said an almost perfect storm was brewing over the currency with coronavirus, recession and Brexit creating ominous black clouds on the horizon.

Thu Lan Nguyen, a foreign exchange strategist at Commerzbank, warned a no deal Brexit would hit the UK economy at a difficult time.

The coronavirus pandemic has seen the country plunge into a unprecedented recession with economic output shrinking by 20.4 percent in the second quarter, compared to the previous quarter.

There is also grave concern about a massive increase in unemployment before the end of the year. 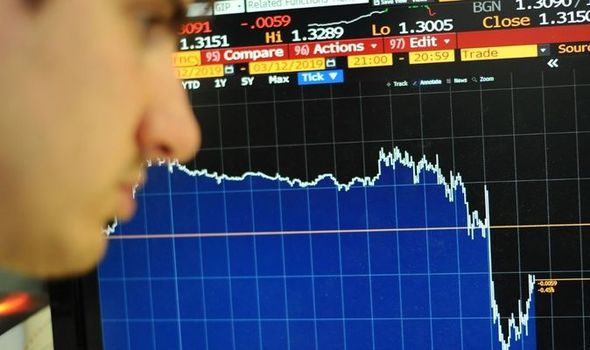 Ms Nguyen said: “Things are still not looking great as far as Brexit is concerned.

“Following four years of Brexit drama the market seems immune to this.

“However, GBP investors will be unable to ignore the Brexit risk forever.

“No deal would be a bitter blow for both sides but above all for the British economy, for which the EU is by far the most important trading partner.” 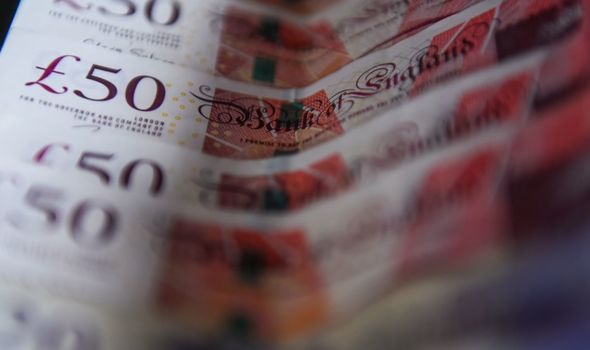 “If trade negotiations fail completely, EU-UK trade will be subject to tariffs from New Year’s onwards.

“This will have a major impact on the UK economy and the value of the pound will decline significantly.”

Ulrich Stephan, chief investment strategist for private and private equity Corporate customers at Deutsche Bank, said: “In addition to the pandemic, the risk of a hard Brexit at the end of the year still weighs on the economy.

“I therefore expect the discussion about possible negative key interest rates and an increase in bond purchases in Great Britain to continue.”

He said this, together with the weak economy, would have an extremely negative impact on the pound which has been under pressure for months.

Experts at the Bank of America have also cast doubt on the future prospects of the British currency, which, along with the dollar, the euro, the yen and the Swiss franc, has so far been one of the most widely traded and stable leading currencies in the world.

BoA analyst Kamal Sharma said: “We believe the pound is on the way to becoming a currency that resembles the reality of the UK economy: small and shrinking with a growing deficit problem.”

He said the result would be a greater fluctuation range for the pound, roughly comparable to an emerging market currency.

David Bloom, chief analyst at HSBC, told the US broadcaster CNBC the pound had become a currency for daring investors that will swing around wildly. 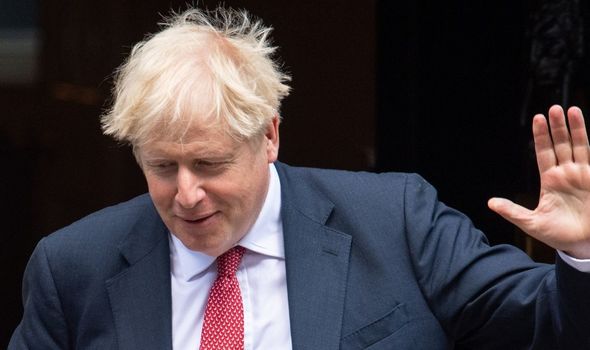 Mr Johnson has set a five-week deadline for talks on a free trade deal to reach an agreement or for both sides to accept there will be no deal when the current transition period ends at the end of the year.

The Prime Minister said there was “still an agreement to be had” if the EU was prepared to accept a “standard” free trade deal along the lines it had agreed with countries such as Canada.

He said: “Even at this late stage, if the EU are ready to rethink their current positions and agree this I will be delighted.

“But we cannot and will not compromise on the fundamentals of what it means to be an independent country to get it.”