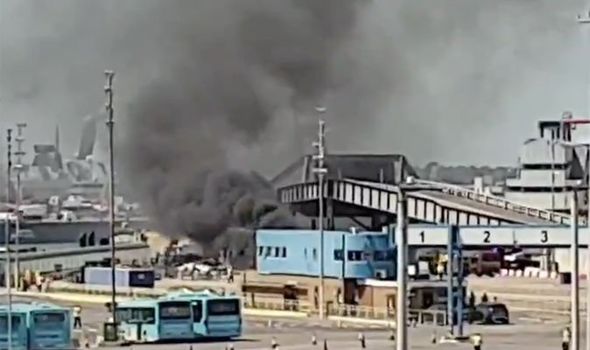 Video footage from the scene shows large billows of smoke rising into the air.

The busy port is used for cruise ships, cargo ships and passenger ferries.

A spokesman for Hampshire Fire and Rescue confirmed they were called at 11:58am after reports of a lorry fire inside the port.

Two crews from Southsea Fire Station were in attendance and compressed air foam was being used to extinguish the fire.

Hampshire Fire and Rescue said that crews were on top of the blaze and do not believe there are any injuries or fatalaties at this stage.