Theresa May refuses to clap for Boris Johnson on final PMQs

Named simply “Boris”, the scarecrow was created by volunteers who manage The Secret Garden in Wiltshire, and was entered into Salisbury City Council’s scarecrow competition. The creation also included a “vote leave” badge, a mask of the PM’s face and a fixed penalty notice. The volunteers completed the image with a head of messy straw hair.

Wiltshire Council cracked down on the scarecrow however, and have now dumped it behind The Secret Garden’s Shed. The mask depicting Mr Johnson has also been removed from the scarecrow.

The collection tin read in full: “Unemployed, please give generously, wife and kids to support”.

Despite the scarecrow’s removal, Salisbury City Council took pictures and volunteers hope the mayor will still consider the entry in the competition. 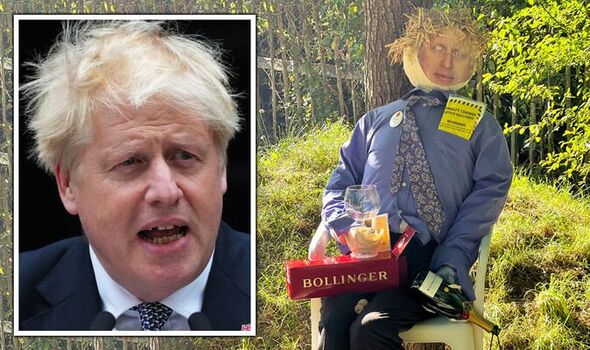 Penelope Ibbs, treasurer of The Salisbury Garden Volunteers, said “Boris” was initially created during Partygate. The champagne bottle he was holding was from the team’s Jubilee party.

Ms Ibbs said the council had suffered a “sense of humour failure,” adding: “It was not done as a political statement, it was done as a joke.

“They dumped it behind the shed but he’s now in the potting area with his mask removed.

“An executive at Wiltshire Council deemed it to be in poor taste.”

She told BBC Radio Wiltshire that she was told the figure had been removed “within days” of it being entered into the competition.

She added: “I think even Boris would have found him funny.”

Ms Ibbs said the Boris Johnson scarecrow had to be removed from the council owned garden because “Wiltshire Council is a non-political organisation”. 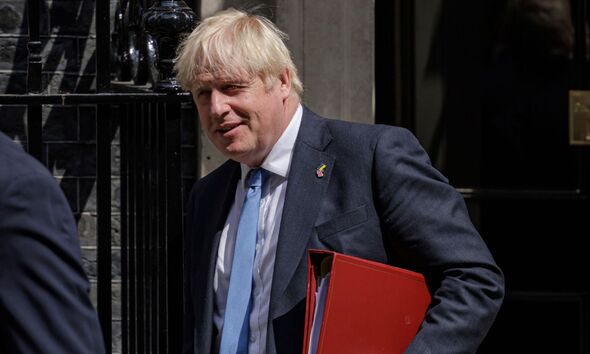 Commenting on his relocation to the potting area behind the shed, the volunteer worker added: “He’s looking more like an exhausted volunteer in need of a drink now.”

Mr Brown said while there is “no official council policy around entries to scarecrow festivals, the council should remain impartial and not allow its resources to be used for political statements”.

Volunteers meet at the garden, located behind Wiltshire Council’s offices, on Tuesday and Sunday every week, and Penelope hopes to maintain the “cooperative relationship” she has with the council.

Salisbury City Council, who organised the scarecrow competition, has been contacted for comment.