Several hundred gathered for the ‘Respect for the Prophet’ rally in London after French president Emmanuel Macron defended the right to publish cartoons satirising Mohammed.    In total officers made three arrests during the demonstration.

Protestors held signs reading “we will not tolerate disrespect of our beloved prophet” and “insult is not freedom of speech”.

A picture of Mr Macron was burned whilst others were displayed depicting him as a demon.

Protestors also targeted a Louis Vuitton store which they surrounded chanting “shame on you” and “Allah Akbar”, Arabic for God is the greatest.

In a statement the Metropolitan Police said: “Officers engaged and encouraged those protesting to disperse, the majority left without issue. 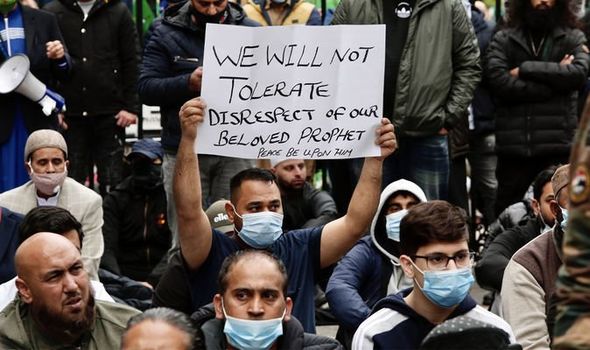 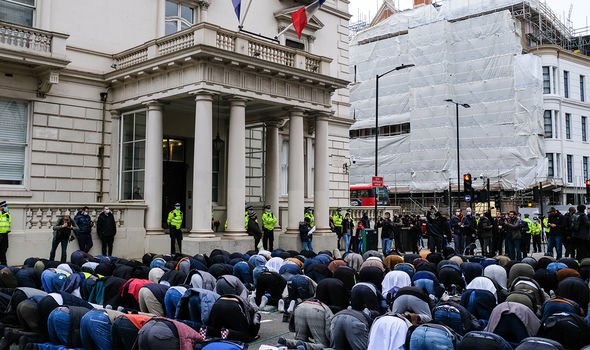 “Those who didn’t comply were dealt with by enforcement.

“Officers made a total of three arrests.

“Two people for Covid breaches and one for possession of pyrotechnics.

“13 people have also reported for consideration of a fixed penalty notice.” 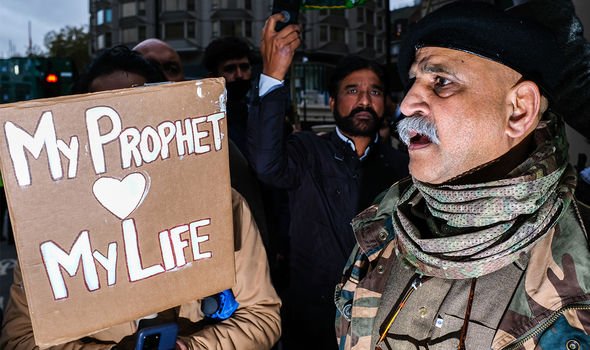 There was anger on social media that the protest took place only one day after three people were stabbed to death inside a Nice church in what Mr Macron labelled an “Islamist terrorist attack”.

The police arrested a 21-year-old Tunisian man following the attack.

Charlotte Gill, deputy editor of the ConservativeHome website, condemned the protest as insensitive.

She tweeted: “The anti-French protests have unravelled very fast. 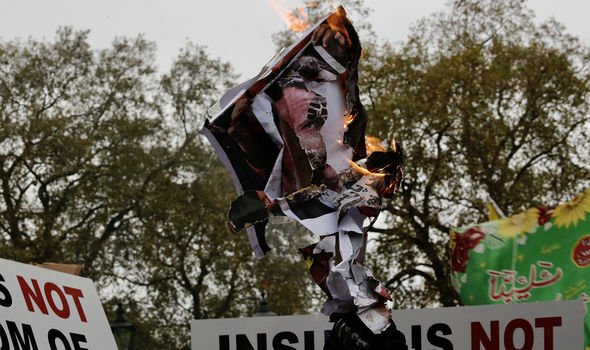 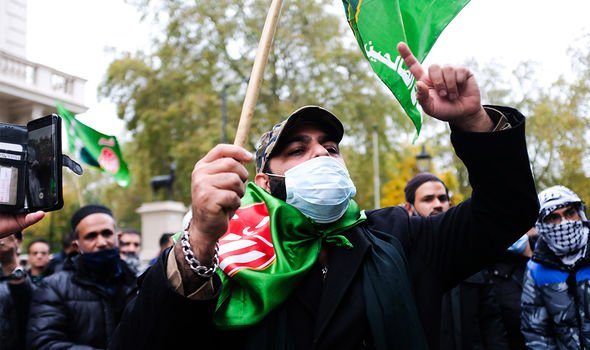 “There were people shouting “shame on you” at a Louis Vuitton shop.

“Then then protest outside the Embassy. France is in mourning!

“No word from Sadiq Khan. Never know where Cressida Dick is either. Awful all round.”

He commented: “We need to understand that there have been and there will be other events such as these terrible attacks.

“We’re at war against an ideology, Islamist ideology.”

Earlier this month Samuel Paty, a French teacher, was beheaded after showing cartoons of the Muslim prophet Muhammed during a class on free speech. 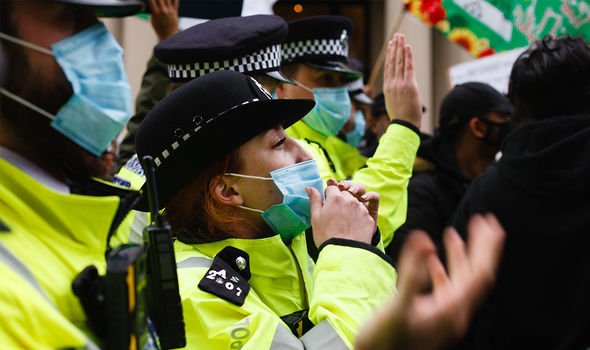 Following the murder Mr Macron defended the right to publish cartoons regarded by some as blasphemous.

In response a campaign to boycott French goods was launched in several Muslim countries and there were large anti-Macron rallies in Pakistan, Bangladesh and Lebanon.