Usman Khan, 28, was chased on to London Bridge after killing Saskia Jones, 23 and Jack Merritt, 25, at Fishmongers’ Hall, central London, in November 2019. Armed officers “believed he was trying to find a trigger” on a suicide vest and opened fire because they feared Khan was about “to detonate the device”. Coroner Mark Lucraft QC directed jurors to return a conclusion of lawful killing, on the grounds that each of the officers who shot at Khan believed it was necessary to protect themselves and the public.

Khan attacked victims at a prisoner rehabilitation event at the hall.

Steven Gallant, a convicted murderer, former prisoner John Crilly and civil servant Darryn Frost had chased and tackled Khan and were desperately trying to remove the knives taped to his hands, alongside members of the public, when police arrived.

The terrorist had murdered Ms Jones and Mr Merritt, who had volunteered for the Learning Together education programme, before he was chased from the hall and on to London Bridge.

He was finally shot dead by armed police, who feared they would all be killed if Khan was able to detonate a device. The inquest into Khan’s death heard that he continued moving for several minutes after the initial shots, and more police officers opened fire in the belief he could detonate a bomb. 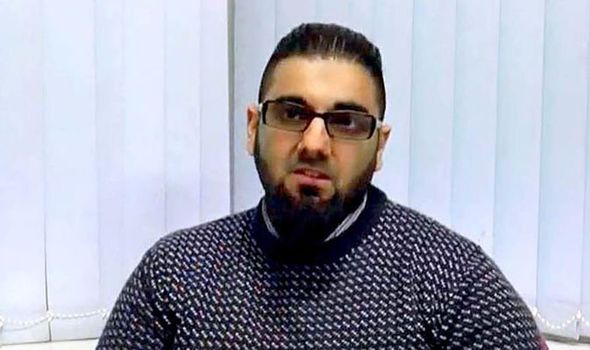 Twelve of the 20 shots fired hit the terrorist, who was pronounced dead at the scene.

Several injuries had been found during the post-mortem, including one from a narwhal tusk taken from the wall of Fishmongers’ Hall by those who tried to thwart Khan.

PC WS5, a former member of the Armed Forces, described the moment he saw what he thought was a suicide belt.

“I was trying to get control to send more units. If it did not blow the bridge up, it could collapse the walls and cause death or serious injury.”