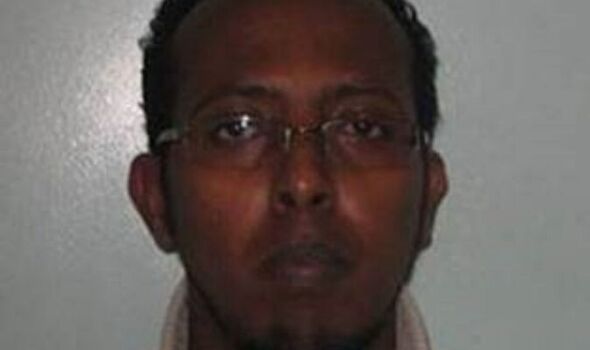 Officers are urging people to stay away from Salad Ahmed Mohamed, 36, after the attack is believed to have happened at around 2am on Thursday morning.

The man was driving a white Toyota Prius when he picked up the woman in Islington and drove her to Wormwood Scrubs in West London.

According to police, that is where she was raped in the car.

The Metropolitan Police force continue to hunt for Mr Mohamed.

The public has been told that if they see him not to approach him and call 999 immediately.

He is described by police as being of a slim build at around 5ft 10ins tall.

If you have any information which could assist the investigation, call the police on 101 or via Twitter quoting CAD768/07APR.

To give information anonymously contact Crimestoppers on 0800 555 111 or online.