Police break up party where people were 'innocently blowing up balloons' 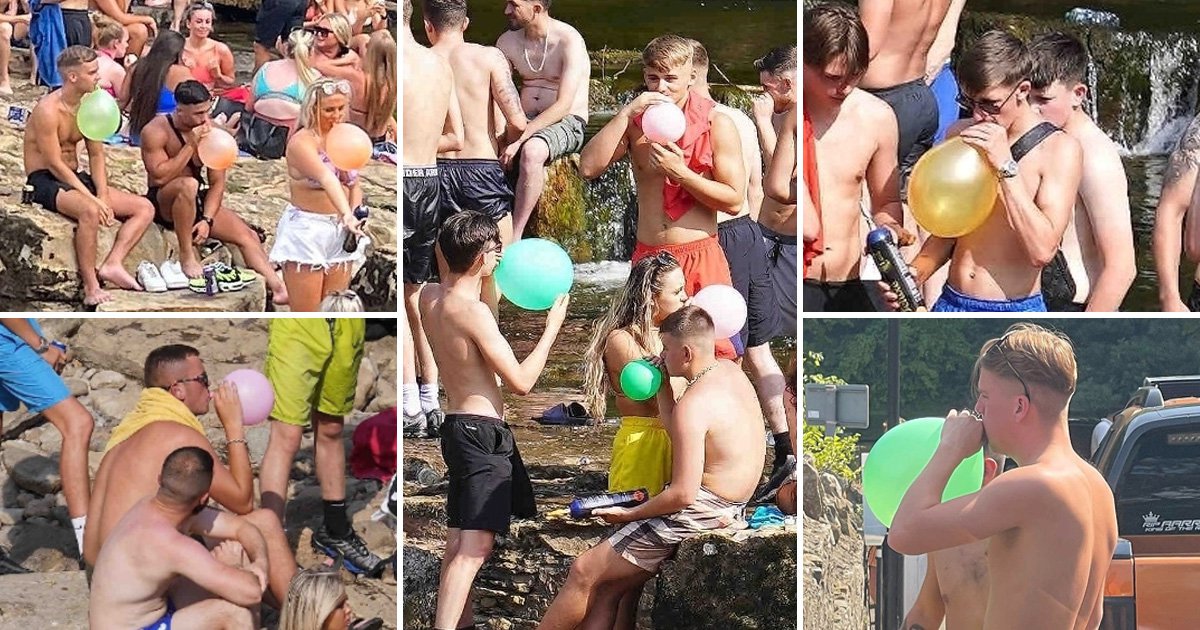 It ain’t easy being young.

One minute you’re told to get off the sofa and go outside, the next you’re getting told off for underage drinking and leaving a beauty spot looking like a rubbish tip.

That’s what happened to many of these young people who treated Richmond Falls, in North Yorkshire, like an Ibiza nightclub.

They were spotted playing with balloons, playing music loudly and using disposable barbecues as the country broke into 40°C temperatures for the first time ever.

Inspector Martin Metcalfe said: ‘Residents quite rightly don’t want their town to be used like an Ibiza nightclub and we’re doing something about it.

‘As temperatures soared well into the 30s [on Tuesday] and hundreds congregated at Richmond Falls, my team and I took action to prevent crime and antisocial behaviour as well as all the litter and mess this leaves behind.’

Police confiscated more than 200 bottles of beer, cider, vodka and other spirits, and three large cannisters of nitrous oxide which can be used to get high.

They further removed several large sound systems, which people could collect from a police station at the end of the day.

Officers also moved on five men from Middlesbrough who were acting antisocially, and arrested one person on suspicion of assault after a disturbance broke out.

They extinguished seven barbecues which were dangerous in the dry conditions that day, when several wildfires were sparked across the country.

They added traffic offences were committed, including not wearing a seatbelt and causing an obstruction when parked.

Police said they were responding to to residents’ concerns about antisocial behaviour linked to hot weather in the area, and warned they would be taking ‘further action’ throughout the summer.

Inspector Metcalfe added: ‘We simply will not tolerate antisocial behaviour, which is often committed by large groups who travel in from other areas and behave with no respect for the community they’re visiting. And yesterday we used public space legislation to tackle it.

‘The feedback from Richmond residents yesterday was extremely positive, and while we can’t have a permanent presence in any one place I can assure residents there will be many more results like this throughout the summer.

‘My message to those visiting any of North Yorkshire’s communities this summer is simple – if you can’t behave respectfully by complying with the law, we will use the laws at our disposal to ensure you do.’