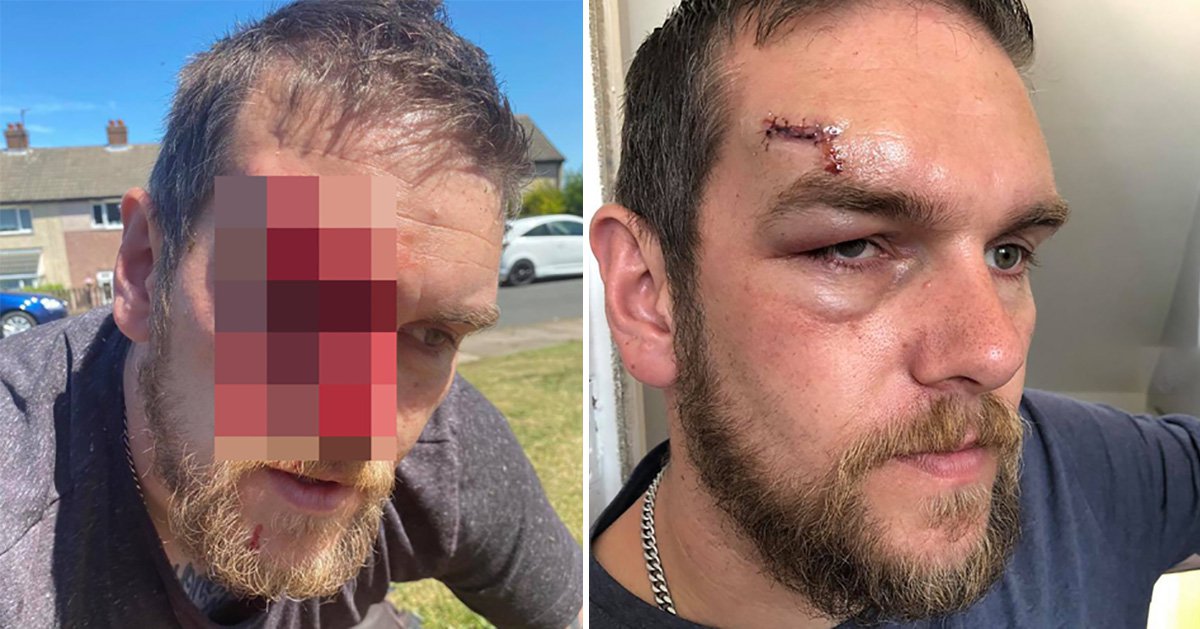 An angry pensioner who shot his neighbour in the face in an argument over hedge clippings has been spared jail.

Mr Palmer, 37, said he was lucky not to be blinded in the shooting, which took place in front of his terrified children at his home in Dewsbury, West Yorkshire.

‘I said, “Get a grip, it’s a few little bits”. He then told me to take a closer look by his fence and that’s when he grabbed the rifle, aimed and shot me.

‘At first I didn’t even feel it. The adrenaline had kicked in.

‘But I’m lucky I’m not blind. One inch lower and it would have definitely been life-changing.’

The court heard how the father-of-three had been trimming the hedge which separates his property from Newsome’s.

But when some of the trimmings fell into the retired HGV driver’s garden, he became incensed and shot Mr Palmer following a brief argument.

Mr Palmer immediately tackled Newsome to the ground and detained him until police arrived, the court heard, while his wife Claire removed the air rifle from the pensioner.

Mr Palmer was taken to hospital, where the pellet was removed under local anaesthetic.

Luckily there was no permanent damage to the skull but Mr Palmer’s children are still suffering nightmares following the attack, the court was told.

He must also complete 120 hours of unpaid work and will be placed under a curfew.

Mr Palmer said he was ‘disappointed’ with the outcome, saying his elderly neighbour’s age ‘shouldn’t stop him going to prison’.

The neighbours still reportedly live next to each other.