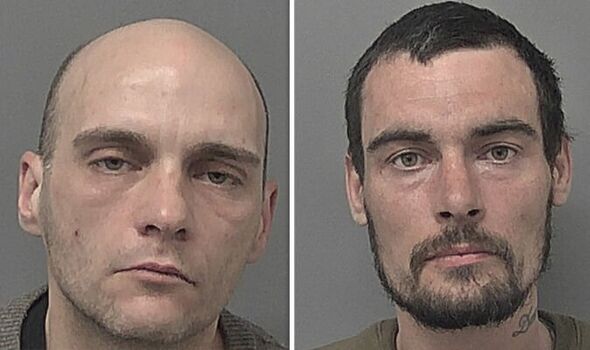 A vulnerable pensioner was mugged by two heartless drug addicts after they saw him take out his wallet to buy breakfast in McDonald’s and thought that he was “easy prey”.

Michael Batley, 44, and Wayne Mason, 37, started talking to the kind-hearted pensioner in the restaurant and he generously bought one of them a cup of tea. A court heard, though, the yobs repaid his good nature by shamelessly grabbing his wallet in the street.

The 77-year-old victim was grabbed and heard one of the men say: “Get the wallet and then let’s get out of here.” The pensioner was scared and heard: “I have got the wallet.”

The men took the wallet and left the pensioner with bruises and an ache in his elbow, Hull Live reports.

They’ve both spent time in prison for robbery in the past, but the thugs were jailed again this week at Hull Crown Court for the latest brazen mugging.

Sentencing both defendants to three years and seven months, Recorder Ashley Serr said: “Your victim was a man of advancing years and he was not in very good health.”

The pensioner showed kindness by buying at least one of them a cup of tea but they repaid that by robbing him after targeting him in a frightening robbery because he was “weak, vulnerable and easy prey,” the judge added.

Charlotte Baines, prosecuting, said the pensioner was in the McDonald’s in Hull city centre from around 7am on May 9 after going in to buy breakfast. While he was sitting at a table, Mason sat down opposite him at the same table. Within minutes, Batley joined them.

The pensioner placed his order and took his wallet out to pay. Mason and Batley hung around near the counter. Mason had asked the pensioner to buy him a cup of tea.

At 7.15am, Mason appeared to thank the man by shaking his arm and bumping elbows with him. The pensioner walked towards the door, with Mason and Batley near him. “They all leave together,” said Miss Baines.

But the yobs robbed the man in front of witnesses.

“They reached into his pockets and ordering him to hold still,” said Miss Baines.

“He looked extremely distressed and could not move as the defendants were overpowering him.

“There was force being used on him by two defendants here. This victim was targeted due to his vulnerability. There is an element of premeditation here. Mason had seen the wallet with the bank notes within it.”

Some younger males ran after the robbers and one of them spotted a brown wallet on the ground.

“There was no money within it, only cards,” said Miss Baines.

“The two defendants were standing outside the Dark History Museum on West Street and were sharing money out between themselves.

“Mason handed £100 to one of the younger males and both defendants then started to walk off.” The original witness confronted them and Mason became angry and aggressive. He threw £60 onto the ground before they both left.

The witness returned to the pensioner and gave him his money back.

“He was very shaken up,” said Miss Baines.

Mason, of no fixed abode, was arrested at 9.50am nearby. He denied being involved in the robbery but said that he knew about it.

Batley was arrested at 4.30pm that day.

The 77-year-old victim had been living independently up until June, with the support of carers visiting daily, but he was now in a care home. He had “impaired cognition and memory” now.

Nigel Clive, defending Batley, said the man had a “horrendous” criminal record, but the vast majority were theft-related. “There are perhaps very few defendants to come before any courts having been convicted of 350 offences in the past,” said Mr Clive.

“There are only five of those offences that have any degree of violence aimed at anybody else. His life has been blighted by drugs. He gets sent to prison routinely. He is released and has nothing but his addiction and the cycle begins again.”

Bereavements meant that he more readily succumbed to his drug addiction. “It’s an offence that was desperately mean and the defendant understands that,” said Mr Clive. “There was no production of any weapon or the threat of violence with any weapon, produced or not. He is getting too old to be conducting himself in this disgraceful fashion.”

Richard Thompson, representing Mason, said: “He appreciates that this is a serious matter. He is embarrassed and ashamed to find himself before a court for an offence like this. He is no stranger to being prosecuted for offences like this but he accepts that this offence is totally unacceptable.”

Mason had lived on the streets for 10 years following the loss of his mother and had never had settled accommodation. He had a Class A drug habit, but not been before a court between 2018 and last year. “That was something of an achievement for him,” said Mr Thompson.

“He has been living a very difficult standard of life in recent years and he has managed in the main to keep himself out of trouble. He did not have any money. On the spur of the moment, he saw this as an opportunity.”