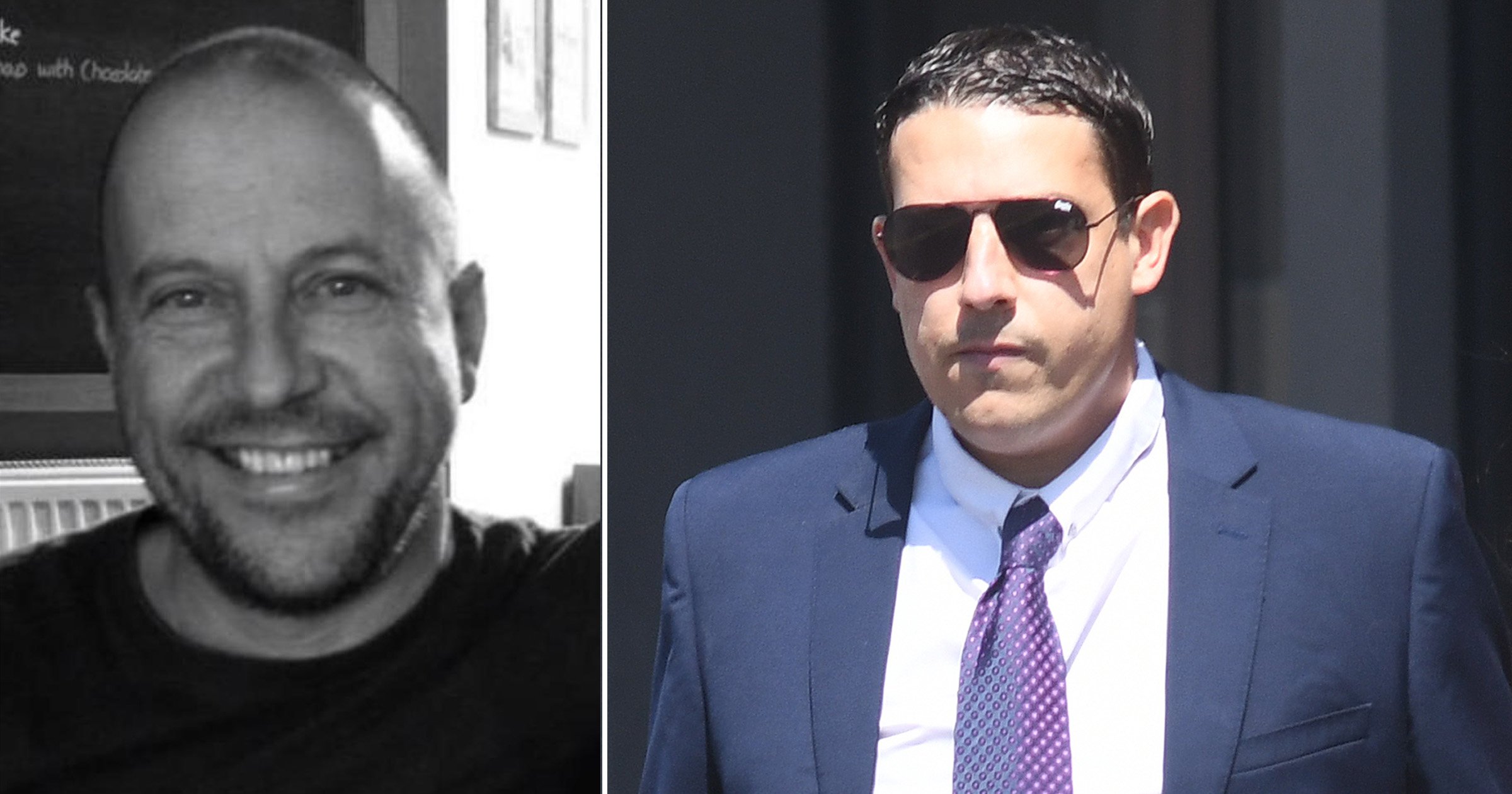 A paramedic has been described as ‘idiotic’ after he drank 10 pints of Guinness before crashing into a cyclist.

Robert Woodruff, 36, has been jailed for more than five years after father-of-five Richard Goodwin, 56, was killed instantly while heading home on his bike along the A1033 in East Yorkshire.

Mr Goodwin’s children have opened up about their ‘unbearable pain and grief’, with one of his sons saying he still sends him text messages, ‘knowing that he will never reply’.

Woodruff’s wife begged him not to drive to a colleague’s barbecue seven miles away, which he wanted to attend despite ‘not being invited’, Hull Crown Court had heard.

But the medic took off in his Nissan Juke around 8.45pm on June 26 last year, and drove dangerously close to the car ahead before attempting to overtake it.

Swerving to avoid an oncoming vehicle, he hit property developer Mr Goodwin, who was dressed appropriately and clearly visible.

His body was carried on the windscreen for about 200ft, before being flung into the air and later discovered in undergrowth.

The court was told he admitted ‘I have proper f****d up this time’, but added that he ‘hadn’t thought he was doing anything dangerous and had felt in control’.

Mr Goodwin’s youngest son Oliver Goodwin, 19, remembered his father as his ‘best friend who never failed to make him laugh and feel safe’.

‘I lie awake thinking of what it must have been like for my Dad. I have dreams that he is still alive. I still send him text messages, knowing that he will never reply’, he said.

Eldest son Samuel Goodwin said his father was an ‘ever-present force for good’ but he had now been ‘reduced to nothing but a memory’.

He added that his life had ‘been irrevocably changed’ and replaced by ‘numbness and pain’ caused by the ‘selfish actions’ of Woodruff.

The defendant had apologised for destroying the family with the ‘devastating’ and ‘catastrophic’ results of his ‘idiocy’, she added.

‘Up until June 26 last year, he was dedicated to the vocation of saving lives, not taking or destroying them. The public he once served, he has very gravely let down’, Ms Baines said.

Woodruff showed no emotion as he was jailed at Hull Crown Court for five years and four months after admitting causing death by dangerous driving.

He was banned from driving for seven years and eight months and will have to pass an extended retest before he can get on the roads again.

Prosecutor Jeremy Evans said, in a statement for the Crown Prosecution Service said his ‘unbelievably reckless actions were completely beyond comprehension’.

‘Equally, it is hard to imagine a more complete betrayal of the values of his profession as a paramedic’, he added.