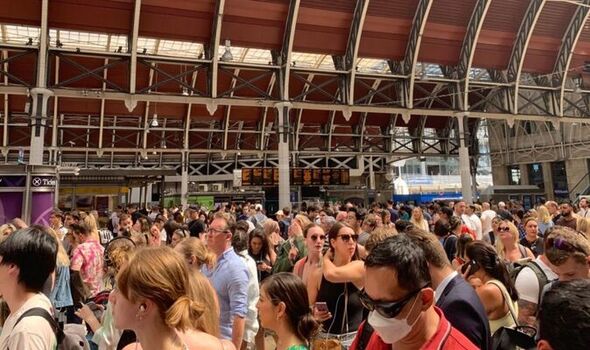 Passengers travelling from Paddington station in London have been left stranded after several trains were delayed or even cancelled. The 25C degree heat has led some passengers to say the station felt like a “greenhouse”.

National Rail are showing eight trains cancelled or delayed, a signal failure between Southall and Paddington is adding to the chaos.

The heat inside the station is adding to the misery and passengers have told MyLondon they are “uncomfortable” and have described the scene as “chaotic”.

He told the news site: “Paddington is a greenhouse and there’s a lot of people melting in it. Trains are delayed or cancelled and people are huddled around the announcement boards and gates.

“Almost no communication about what’s going on so there’s a lot of frustrated people trying desperately to get out of the capital amid the heatwave.” 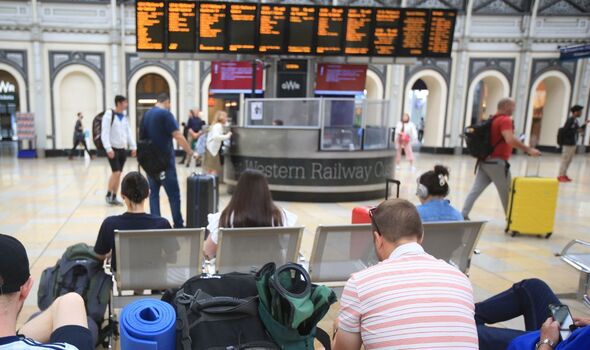 He added that Britain’s infrastructure couldn’t “handle” the heat, blaming the soaring temperatures for the cancellations and delays.

There are worries that passengers travelling to Heathrow could miss their flights as three out of four trains to the airport have been cancelled.

The recent reports of long waits at Heathrow add to the concern for holidaymakers’ plans.

Mr Mortimer added: “I’ve managed to get on my train now – 15 minutes late which is very lucky.

“Feel sorry for the poor soul whose Heathrow train was cancelled.”

Updates for those planning to travel through the station can be found here.