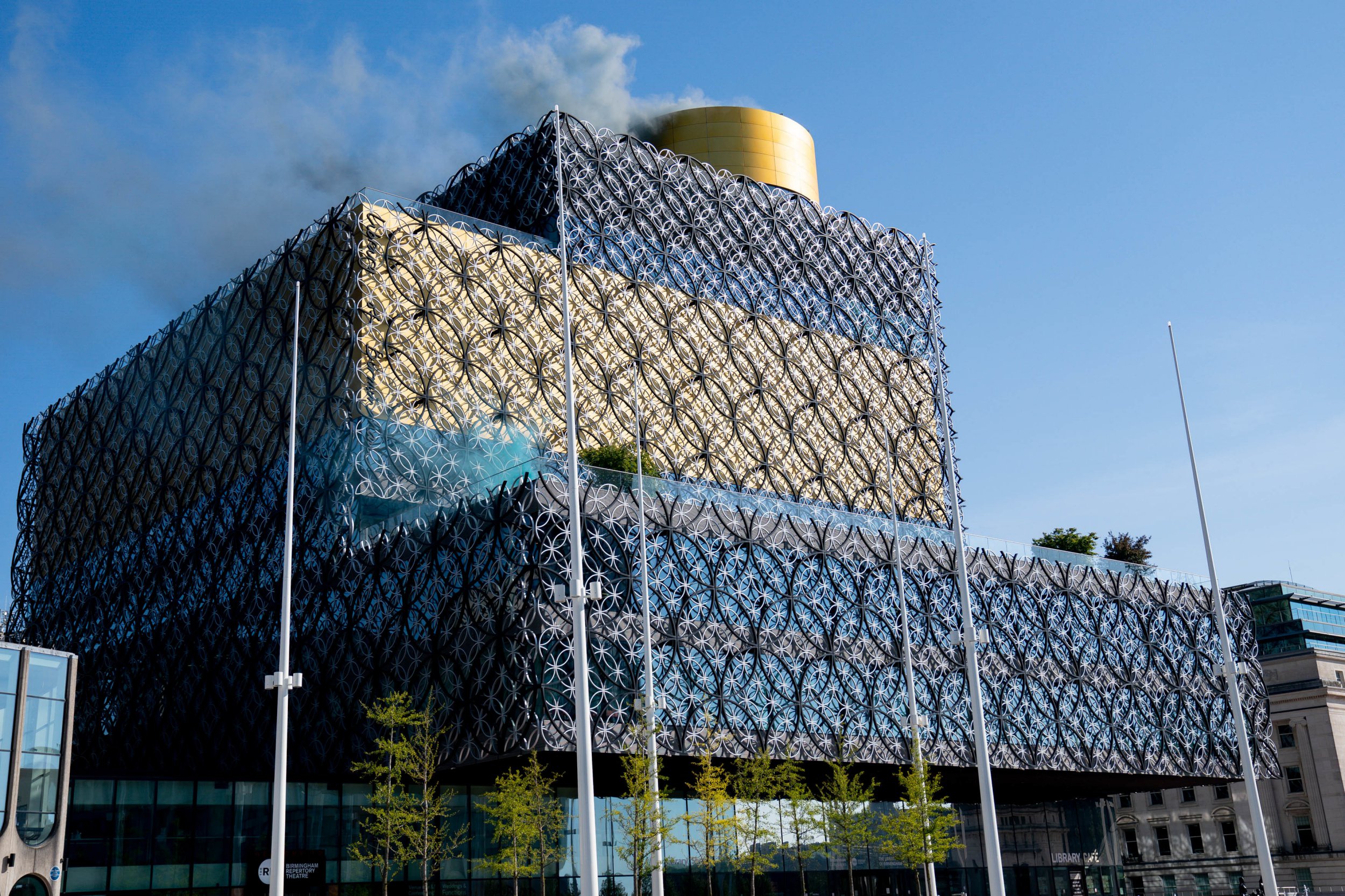 Owners of older cars will have to pay a new £8-a-day charge to enter Birmingham in a bid to cut pollution.

The Clean Air Zone (CAZ), which has come into force today, will affect 100,000 drivers on the city’s roads, according to the AA.

The group said the council-backed levy has ‘good intentions but bad flaws’, and will disproportionately affect lower-income and younger drivers.

The city council confirmed this morning that they will push back enforcement for two weeks while residents familiarise themselves with the scheme.

But one business within the zone says it has already faced cancellations.

liania Andronic, who set up her nail and beauty salon during the pandemic, claims she has lost several customers who have realised their cars will trigger an £8 charge.

‘They have asked me to take the charge off what they have to pay, but I cannot afford to do that,’ she told Birmingham Live.

Under the scheme – which is targeting toxic pollution from older vehicle – cars, taxis and vans that no longer meet emission standards will have to pay an £8 daily charge for entering the CAZ, with enforcement cameras operating around the clock every day of the year.

Non-compliant coaches, buses and HGVs face a £50 charge for entering the zone, which covers all roads within the A4540 Middleway ring road.

Birmingham is the third city in England to introduce a Clean Air Zone after London and Bath, and a number of other cities are making plans to charge vehicles.

But the AA has warned pollution levies ‘create a tax burden’ on lower income drivers while businesses have also hit out at the scheme.

AA president Edmund King said: ‘Poor air quality is a threat that the majority of drivers agree needs to be addressed and reduced; in due course electric vehicles will largely eradicate those emissions.

‘However, the car CAZs in Bristol and Birmingham and the extended Ultra Low Emission Zone in London are very blunt tools that create a tax burden for low-income families and workers.

‘These drivers are least able to afford to replace the vehicles they depend on for work, often night shifts, and sometimes emergencies such as going to hospital or healthcare centres.

‘They are also the ones least able to pay the fines.’

Birmingham City Council introduced the scheme after the government ordered it to crack down on air pollution. The local authority said the initiative is crucial to improving air quality and public health.

It is offering exemption permits for in-zone residents and has also set up a £10 million scheme offering £2,000 grants to support people working in the CAZ who earn less than £30,000 per year.

But business owners in Birmingham say the timing of the introduction of the CAZ is ‘shockingly bad’ as they struggle to encourage customers back after a year of Covid restrictions.

Lawrence Barton, who owns two bars and a nightclub, told Sky News that some of his staff have had to leave their jobs because they can’t afford the charge.

Regional economist Dr Steven McCabe, of Birmingham City University, said many people would still struggle to pay the new tax even with the exemptions.

‘Though exemptions are possible, anything making life more financially challenging to Birmingham’s poorest citizens is unwelcome, ‘ he said.

‘Launching the CAZ whilst the city is still dealing with the fallout of the global pandemic is questionable, particularly for the retail and the night-time economies in the city centre, Digbeth and the Jewellery Quarter.

‘However, a cleaner Birmingham, especially in the city centre, is undoubtedly one that’s far more attractive to inhabitants and visitors.’

Birmingham’s CAZ is billed as the first major step in the city’s Air Quality Action Plan, working to reduce emissions and encourage less use of polluting cars within the city centre.

Drivers can pay six days in advance of their trip into the CAZ, on the day of their visit or six days afterwards, giving a total payment window of 13 days.

However there is no notification or alert, no bill in the post and no option to get any sort of text or message reminder. Instead, drivers must be aware of the charging zone and pro-actively pay it themselves.

Anyone who does not pay within the time frame will be hit with a £120 penalty charge notice which will be reduced to £60 if paid within 14 days.

The AA is calling for first-time warning letters to be sent out by Clean Air Zone operators.

It is also asking for a ‘rapid and massive’ expansion of park-and-ride schemes, the removal of VAT from sales of new electric vehicles, and the targeting of the highest level polluters.

Speaking ahead of the launch, Birmingham City Council said the scheme aimed to reduce air pollution after a national health emergency was declared – with up to 1,000 premature deaths in Birmingham alone.

The council’s cabinet member for transport and environment, Councillor Waseem Zaffar, said: ‘Whilst we have agreed on a two-week soft launch period where people won’t have to pay, I would encourage everyone to use this time to check their vehicles, familiarise themselves with the charging process and check out the support that is still available through the Brum Breathes website.’

Meanwhile Valentine Quinio, a researcher from the Centre for Cities, said there are signs that businesses may not see the reduction in footfall they fear.

‘There’s actually evidence from the UK and abroad that when you pedestrianise a street or reduce traffic people tend to stay longer just because it’s nicer to be in a street where there are no cars and so we know they also tend to spend more,’ she said.

Experts agree that improvements to public transport is key to the success of CAZs.

West Midlands Mayor Andy Street said there is a ‘long way to go’ , after ‘decades’ of under investment.

He has pledged to investment £1 billion in reopening old railway lines, extending the Midland Metro, introducing hydrogen and electric buses whilst keeping fares low, and rolling out bike and e-scooter hire schemes.