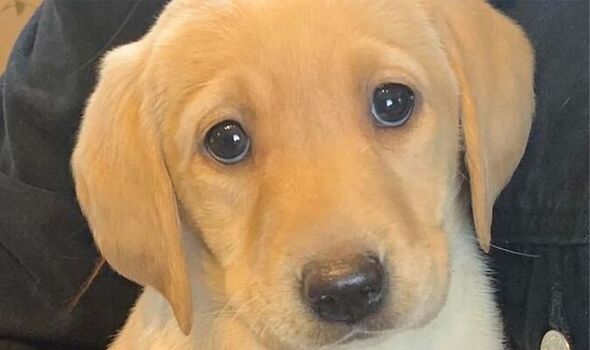 George Chaplin was bitten on the arm as he tried to stop a stranger’s dog from crushing his puppy’s skull in its jaws at Grays Beach, Essex, at the weekend. Unfortunately, he was unable to save the puppy, and it passed away by the time he was able to reach the vet.

Mr Chaplin, 80, lost one of his two Labradors last year and to cheer him up his daughter Anita Ayres had bought him a new puppy named Troy for his birthday. The two dogs were “his whole world” after his wife died 10 years ago and walked them on the beach at Grays regularly.

According to Essex Live, on Saturday (June 18) Mr Chaplin had parked near the beach with his two dogs in the car and was talking to someone he knew when the incident happened.

He was approached by a woman who had a white English Bull Terrier on a lead. The woman initially chatted to him, before he opened the door to the car. Out jumped Troy and, according to Anita, the terrier immediately seized the puppy with its head in its jaws. The owner was allegedly struggling to control the dog and so Mr Chaplin went to intervene, only to be bitten on the arm.

When the dog finally let Troy go the owner apologised before walking off, leaving Mr Chaplin to get the bleeding puppy to a vet. Sadly, by the time they reached one Troy was already dead and Mr Chaplin needed hospital treatment for the bite on his arm.

His daughter Anita said she believes the pup’s skull was crushed in the attack and says her dad has been “broken” by the ordeal.

“My dad was lucky he didn’t get bitten on the face or neck, he’s 80 years old and on blood thinners so who knows what could have happened,” she said. “He could have bled out and died. What would have happened if a child had been involved? My dad is traumatised. He is broken and I don’t know how he will ever get over it.

“His dogs were his whole world after he lost his wife 10 years ago and now he’s turned around and said that’s it, no more dogs. It is heartbreaking to see him like this.”

Anita has been appealing far and wide on social media for information about the attack and so far her post has been shared by over 2,700 people on Facebook. Thanks to this support she has been able to pass on some information to police.

Essex Police said: “We received a call reporting a puppy had died after being bitten by another dog on Grays Beach at around 7am on Saturday, June 18. We need anyone who saw anything or has any footage to contact us quoting incident 538 of June 18.”