Home » Europe » Over in minutes: Special Boat Service’s ‘textbook’ raid shows why they have fearsome reputation

The operation was textbook.

Sixteen SBS Commandos boarded the ship, some fast-roping down from Merlin and Wildcat helicopters hovering above the deck of the tanker, others rappelling up the side from inflatable ribs bobbing on the black waters below.

They had been dropped from a Chinook helicopter around the headland earlier on Sunday afternoon, waiting for darkness to fall and the green light to go.

The SBS (Special Boat Service) are based just down the coast in Poole. These waters are their training ground, they know them like the back of their hand. Quick Google searches throw up videos of commandos scaling cross-Channel ferries and cruise liners to practise – as a location for an operation of this kind, this could not have been more convenient.

The Nave Andromeda had been sitting idle a few miles off the Isle of Wight coast since mid-morning.

The ship’s Master had some control and was able to feed information on the seven hijackers back to command teams on shore. That was vital for the SBS to know who they were up against. 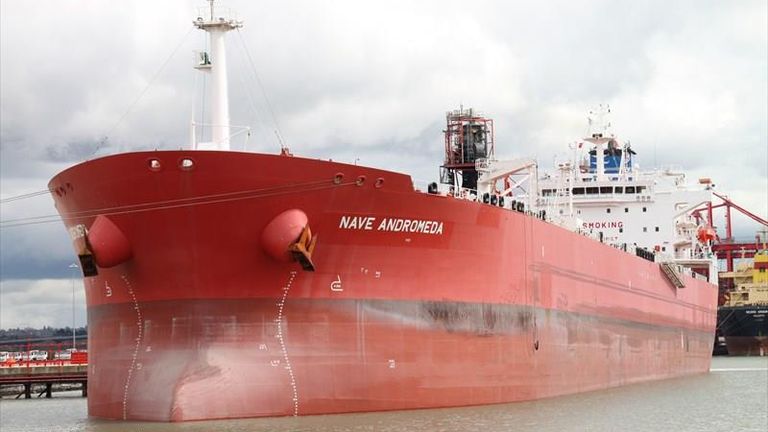 A hostile takeover of a large tanker is fraught with risk.

Approaching a lone ship out at sea with stealth is hard. It must be quick.

Modern tankers are often vast ships, made up of myriad corridors and passageways, hiding spots amongst cargo or equipment. The bridge is the main target – retake that and you retake control of the ship.

It is the SBS’s second mission of this kind in British waters in just a few years.

Four Nigerian men were captured when special forces stormed a cargo vessel in the Thames estuary in 2018. It was another faultless operation.

The brave work of the SBS, for so long unfairly in the shadow of their Hereford cousins, the SAS, are building a fearsome global reputation.

Trump Gave W.H.O. a List of Demands. Hours Later, He Walked Away.