LONDON (Reuters) – British opposition Labour Party leader Jeremy Corbyn moved a step closer to paving the way for another referendum on European Union membership by trying to use parliament to grab control of Brexit from Prime Minister Theresa May. 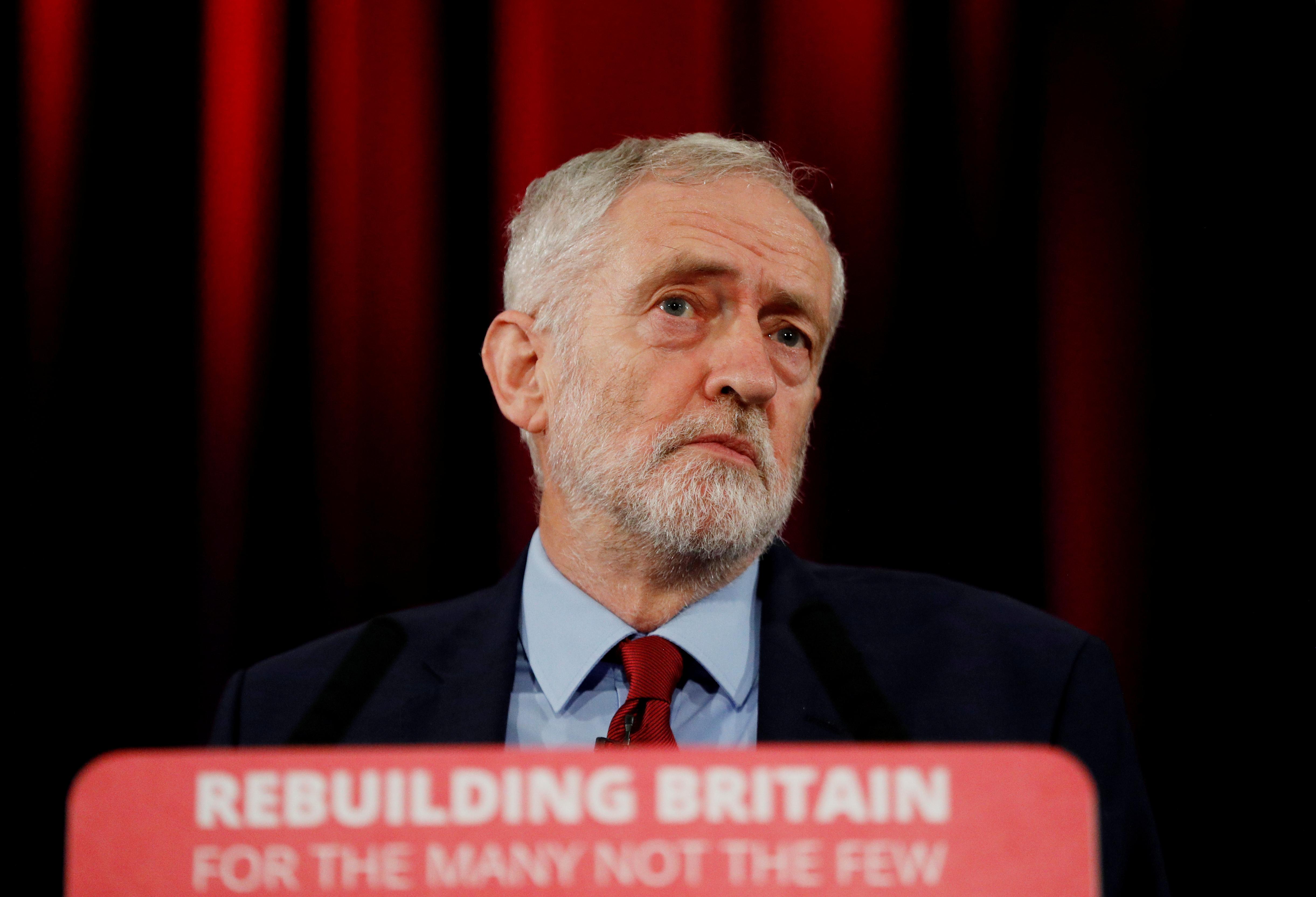 With the clock ticking down to March 29, the date set in law for Brexit, the United Kingdom is in the deepest political crisis in half a century as it grapples with how, or even whether, to exit the European project it joined in 1973.

Since May’s divorce deal with the EU was rejected by 432-202 MPs last week, the biggest defeat in modern British history, MPs have been trying to plot a course out of the crisis, yet no option has the majority support of parliament.

Labour put forward an amendment seeking to force the government to give parliament time to consider and vote on options to prevent a “no deal” exit including a customs union with the EU, and “a public vote on a deal”.

“It is time for Labour’s alternative plan to take centre stage, while keeping all options on the table, including the option of a public vote,” said Corbyn, who put his name to the amendment.

It was the first time the Labour leadership had put forward in parliament the possibility of a second vote, which was welcomed by some opponents of Brexit.

However, the party said it did not mean it supported another referendum and MPs cautioned that the amendment would not garner the support of parliament.

Clarity from London is some way off: MPs have so far put forward six amendments with proposals for a delay to Brexit, a new vote and even for parliament to grab control of the process. They will vote on the next steps on Jan. 29.

Beyond the intrigues of British politics, the future of Brexit remains deeply unpredictable with options ranging from a disorderly exit that would spook investors across the world to a new referendum that could reverse the whole process.

Ever since the United Kingdom voted by 52-48 percent to leave the EU in June 2016, Britain’s leaders have repeatedly failed to reach a consensus on how to leave the EU.

May on Monday proposed tweaking her deal, a bid to win over rebel Conservative MPs and the Northern Irish party which props up her government, but Labour said May was in denial about the crushing defeat of her plans.

She refused to rule out a no-deal Brexit, warning that another referendum would strengthen the hand of those seeking to break up the United Kingdom and could damage social cohesion by undermining faith in democracy.

With May’s Brexit policy in tatters, MPs in the British parliament are trying to wrest control of Brexit, though there is no clear majority for an alternative to May’s deal.

The EU was not impressed with May’s speech on Monday, as highlighted by the fact that none of its top officials nor its Brexit negotiator made any comments – positive or negative.

Without a approved deal or an alternative, the world’s fifth largest economy will move to basic World Trade Organization rules on March 29 — a nightmare scenario for manufacturers dependent on delicate supply chains which stretch across Europe and beyond.

Company chiefs are shocked at the political crisis and say it has already damaged Britain’s reputation as Europe’s pre-eminent destination for foreign investment.

“Brexit is the most stupid economic decision for a long time, the worst thing that can happen,” Kasper Rorsted, boss of German sportswear firm Adidas, told the Suddeutsche Zeitung.

Asked if Brexit could be averted, he said: “I think the train has already left the station. Emotionally, I hope that all parties can come to their senses.”

Supporters of Brexit say that while there may be some short-term disruption, the warnings of chaos are overblown and that in the long term, Britain will thrive if it cuts loose from what they cast as a doomed German-dominated experiment in European unity.