On England’s ‘Freedom Day,’ Rising Virus Cases and a Prime Minister in Isolation

In a breathtaking gamble, the country has now lifted all but a few pandemic restrictions. 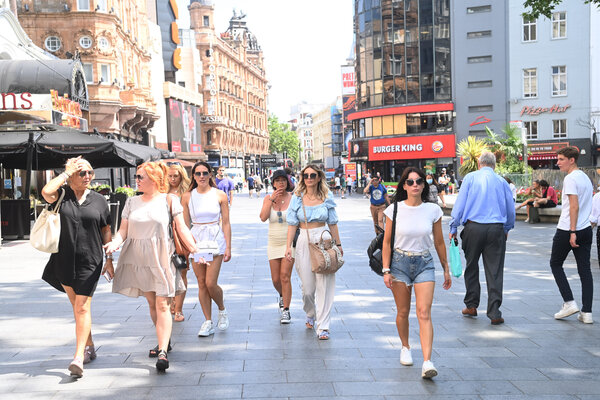 “Freedom Day” arrived in England on Monday with its chief architect, Prime Minister Boris Johnson, confined in quarantine, millions of Britons facing the same prospect and untold people more anxious about the risks of liberation.

Such were the incongruities on the long-awaited day when the government lifted all but a few remaining coronavirus restrictions — a day when the virus infected 39,950 people and swept up tens of thousands more who were notified by the National Health Service’s cellphone app after they were in contact with an infected person.

Mr. Johnson defended the decision to reopen from his country residence, Chequers, where he has been in self-isolation since Sunday after the N.H.S. notified, or “pinged,” him because he had come into contact with his health secretary, Sajid Javid, who said on Saturday he had mild symptoms of Covid-19.

“If we don’t open up now, then we face a risk of even tougher conditions in the coming months when the virus has a natural advantage,” Mr. Johnson said in a news conference, his voice somewhat muffled and image slightly blurry on a video feed. “We have to ask ourselves the question, ‘If not now, when?’”

“It is right to proceed cautiously in the way we are,” he added. “It is also right to recognize that this pandemic is far from over.”

Mr. Johnson’s hedged tone captured the stark change in mood since the prime minister first announced, then rolled back, the date for lifting most restrictions. British newspapers quickly called Monday “Freedom Day,” celebrating it as a symbolic end to the country’s 16-month ordeal with the pandemic.