These elections will change the European political landscape for the better, in Britain and elsewhere across Europe, the established political orders are being torn up. As is the case in the UK, the old political dominance of Socialists on the left and Christian democrats on the centre-right is in turmoil and this is no bad thing. These political dynasties of left and right are proving themselves incapable of adapting to the new political reality in our continent. In Britain, this election has become a two-horse race. If you support Brexit, the options are clear.

However, if you want to say “Bollox to Brexit”, the choice is even clearer: vote Liberal Democrat.

I suspect the biggest story of these elections won’t be the one that everyone suspects.

It will be a huge increase in the number of Vince Cable’s MEPs, which could change politics for good both in the UK and on the Continent. 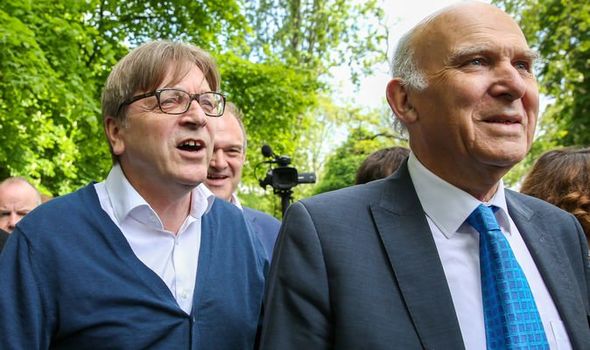 With the governing party disarray, polling suggests the Brexit Party will do well, but it is unclear whether Nigel Farage still prioritises Brexit, or are these elections part of a personal campaign to destroy the Conservative Party.

At the weekend, the far-right leader Matteo Salvini said he can’t wait to welcome career MEP Nigel Farage back to Brussels. I do hope Nigel Farage will rule this out.

Whatever your views about membership of the EU, I hope we can all agree fascism, racism & climate change denial have no place in modern Europe and these forces shouldn’t be bolstered.

This was the election no one expected, but it is clear to me that those parties who have stood by their guns, especially the Lib Dems, will benefit from holding true to their beliefs.